More sharks are being spotted in the waters off Long Island, a trend that experts say is likely to continue -- and Wednesday's reported bite is just the latest in a series

Swimming was suspended at a Long Island beach Wednesday morning for the second time this month after a surfer was bitten in another apparent shark attack, authorities say — followed by another incident hours later.

In the first incident, surfer Shawn Donnely suffered a four-inch gash to the leg when he was bitten by what he believed was a sand Tiger shark in the water just east of the main beach at Smith Point County Park, officials said at a briefing.

The 41-year-old Donnely reported the shark knocked him off his board and bit him around 7 a.m., officials said. He then said he punched the shark repeatedly as it kept circling him until a wave helped carry him to the shore and safety, they added.

"It got my left calf and knocked me off my board...when I was falling off my board, I saw the fin and its back," said Donnely. "I just had to take a second. I looked — my arms were there, my legs were there, I was like 'I’m okay' ... I put my board between me and it, it went underneath me, I slapped it and it was gone. I went straight for the beach and rode a wave straight in."

Donnely was taken to a hospital that declined to comment on his condition later in the day. Suffolk's chief lifeguard said that the man was "a little shaken up, as you can imagine," but said that he is expected to recover.

Smith Point Beach was closed to swimming for hours after the attack, with park rangers, lifeguards and even drones searching for more possible sharks, though none were spotted. The beach later reopened around 1:30 p.m.

It's the same beach where a lifeguard was bitten during a training exercise less than two weeks ago. Donnely said that he's been surfing in the area all his life, and it was the first time he ever saw a shark.

Hours later, Suffolk County officials said a man from Arizona was bitten just after 6 p.m. at Seaview Beach, in the Ocean Beach section of Fire Island. The 49-year-old man was standing in waist-deep water when the shark came from behind and bit him on the left wrist and buttocks, officials said.

The man was able to walk out of the water, and was taken via helicopter to Stony Brook University Hospital, and he is expected to survive.

Smith Point, where the earlier incident took place, was one of two Suffolk County beaches that temporarily halted water activities earlier this month over "dangerous marine activity." Cupsogue was the other one that closed, but both beaches reopened for the Fourth of July holiday.

The lifeguard in that first Smith Point case had been playing the victim role in the training exercise when he was bitten in the chest. He tried to swat the creature, said to be 4 to 5 feet long, away and suffered a hand injury, authorities said. It was the first reported shark attack at Smith Point since the beach opened in 1959, the parks commissioner had said.

During a training ahead of the July 4th holiday, a lifeguard with a decade of experience was attacked by a shark, injuring his chest and hand, Adam Harding reports.

The lifeguard needed some stitches but was otherwise said to be OK. Authorities had said someone reported seeing a shark in the area before the attack but it wasn't clear if it was the same shark. Days later, last Thursday, a lifeguard in Fire Island's Ocean Beach community was also attacked by a shark. That person also survived.

And another possible shark bite was reported on the last day of June at Jones Beach. Wednesdays incidents bring the tally of shark bites to four in as many weeks on Long Island. 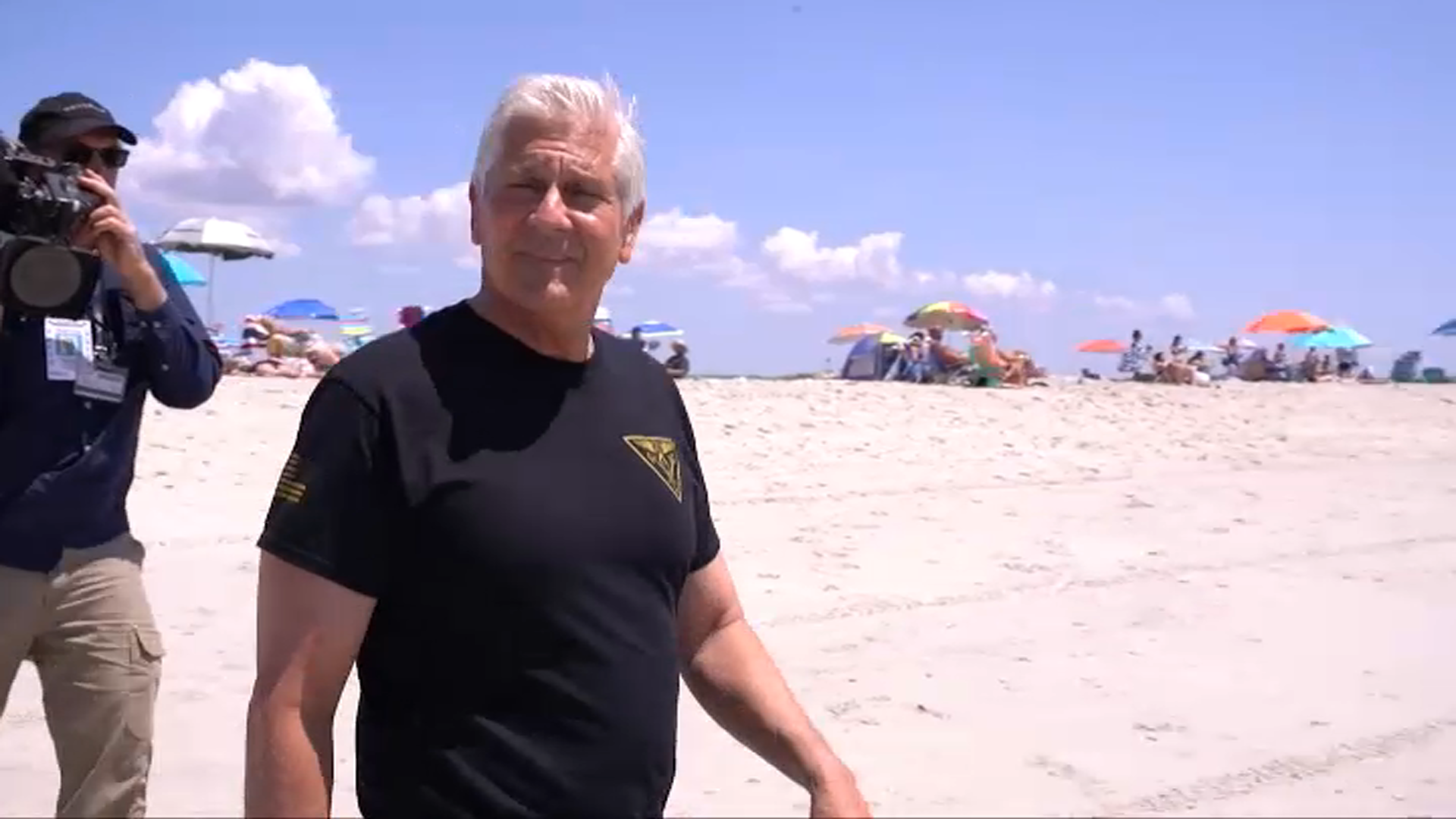 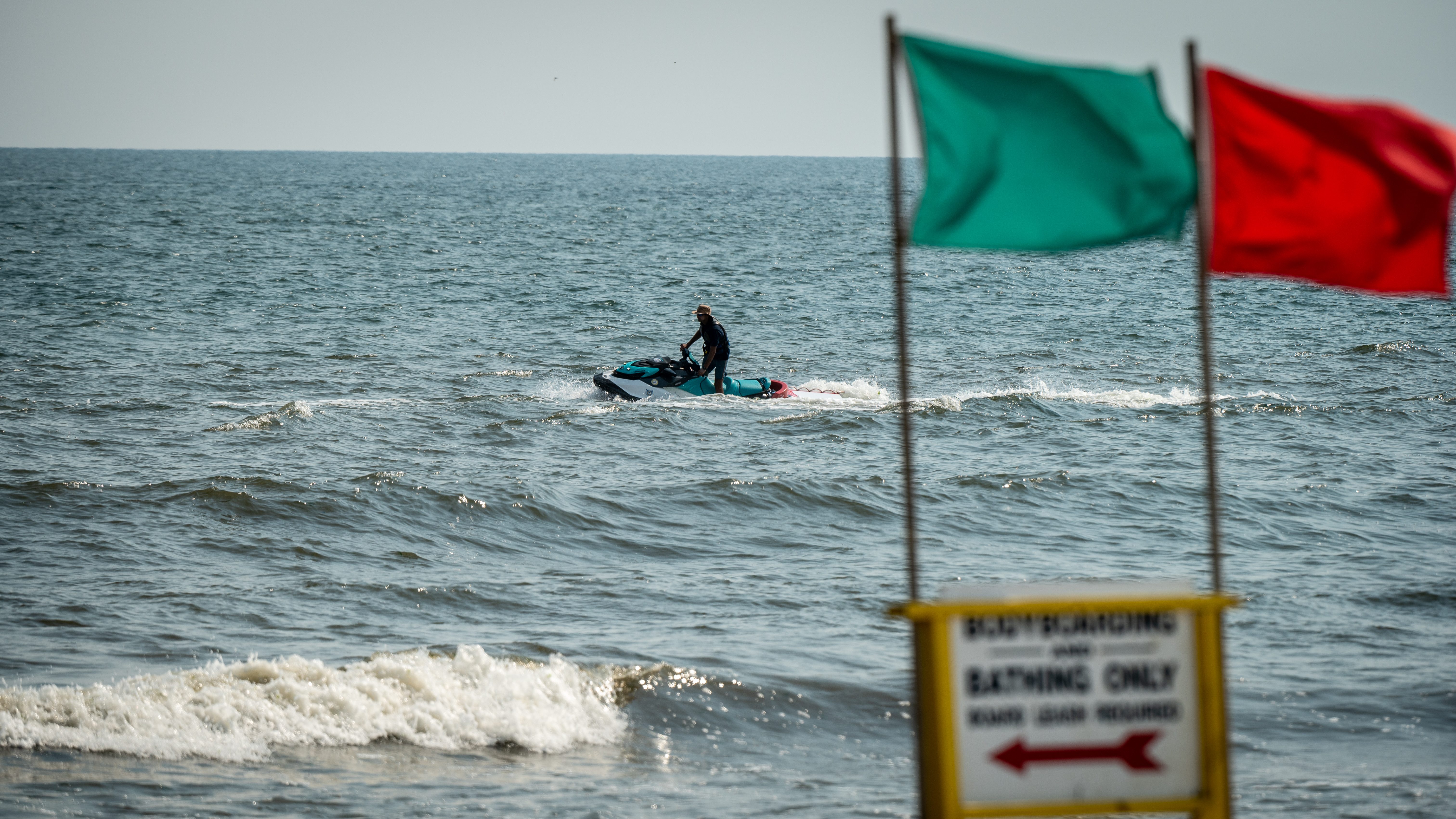 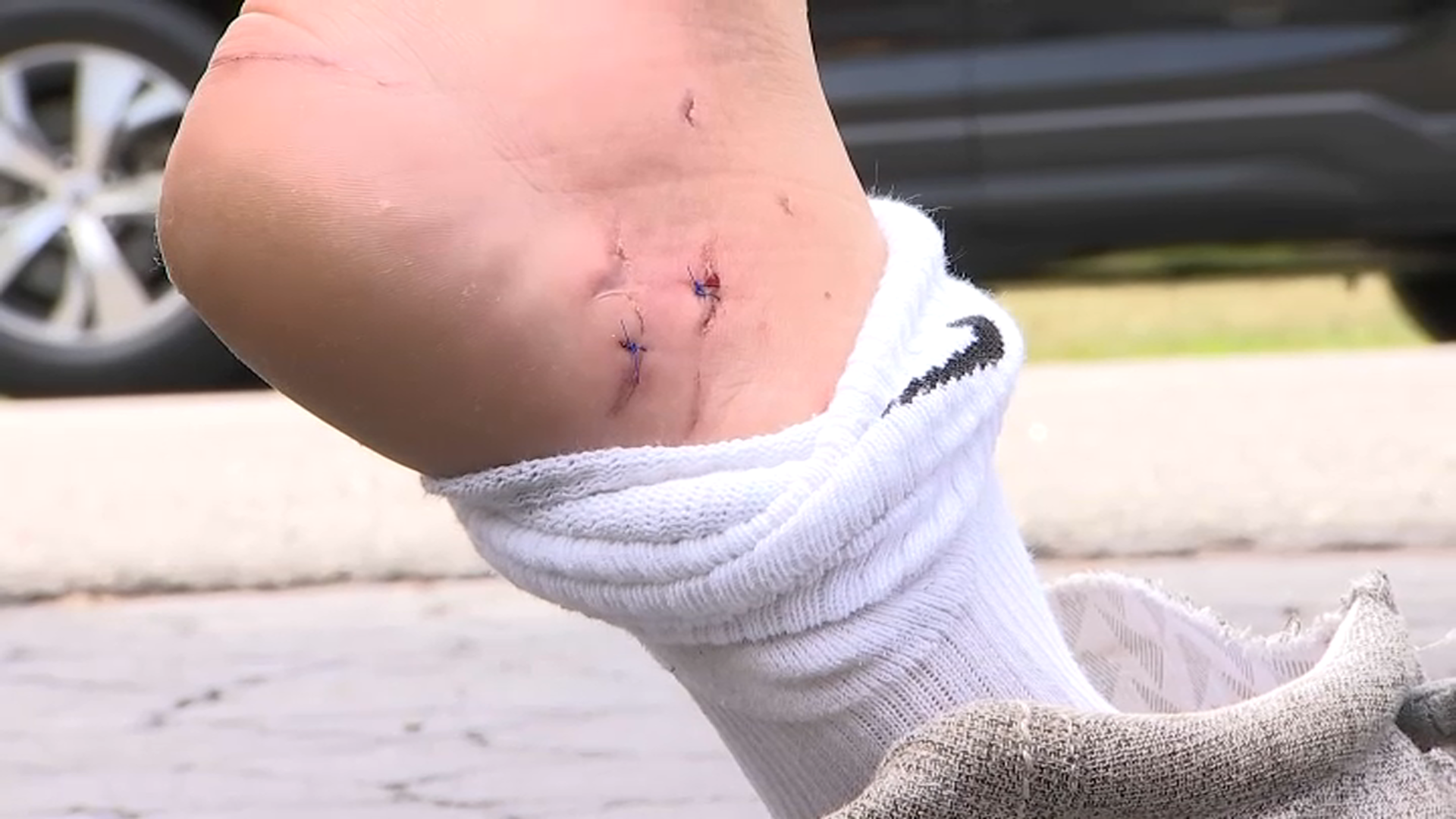 More sharks are being spotted in the waters off Long Island, a trend that is likely to continue — and experts say that’s not necessarily a bad thing.

Cleaner oceans, warmer water temperatures and a resurgence of bunker fish that sharks feed on are seen as factors, according to experts. Detection, from drones to helicopters, also has improved and reports are easily spread through social media.

Shark attacks in the area have been very rare until recently, with an average of about one reported per 10 years for the last century, Newsday reported. Two lifeguards suffered bites and a third person was bitten in what possibly was a shark attack, within the last two weeks, the newspaper reported.

The United States recorded 47 unprovoked shark bites in 2021, a 42% increase from 33 incidents reported in 2020, according to records kept by the Florida Museum of Natural History.