The final decision on what schools in the state will look like will come from Gov. Andrew Cuomo, who says he'll announce it the first week of August

New York City has revealed its most detailed framework yet for returning students to class, at least part-time, safely in the fall. It's a particular challenge for the nation's largest public school district, which struggles with overcrowding as it is.

Social distancing and other requirements complicate matters for the five boroughs, but Mayor Bill de Blasio pledged Friday that no expense would be spared in ensuring the safety of public school students and their teachers.

Above all, no measures will be taken that don't prioritize that -- and classes, along with entire school buildings, can be shut down immediately over positive tests.

"I'm not going to do anything when it comes to New York City public schools that is anything less than the standard I would set for my very own children," de Blasio said Friday. "I want to know, every parent wants to know, everyday, are your kids safe? We have to make sure everything we do meets that standard constantly. If it's not safe, we don't do it. It's as simple as that."

He and Schools Chancellor Richard Carranza released the detailed plan late Thursday, hours before Gov. Andrew Cuomo’s Friday deadline for the state's 700 school districts to submit their plans for review. The final call on whether schools in the state will open in the fall -- and what that would look like -- will come from Cuomo. He says he'll announce a decision the first week of August.

Cuomo has shared his own formula for determining whether schools can reopen on a statewide and regional basis. New York City's threshold is slightly more strict. City schools will only reopen if the percentage of citywide positive tests is less than 3 percent over a seven-day rolling average, de Blasio said. If that percentage is equal to 3 percent or higher, schools will close. The city, along with the rest of the state, has seen just a 1 percent seven-day rolling positive test rate for weeks now. 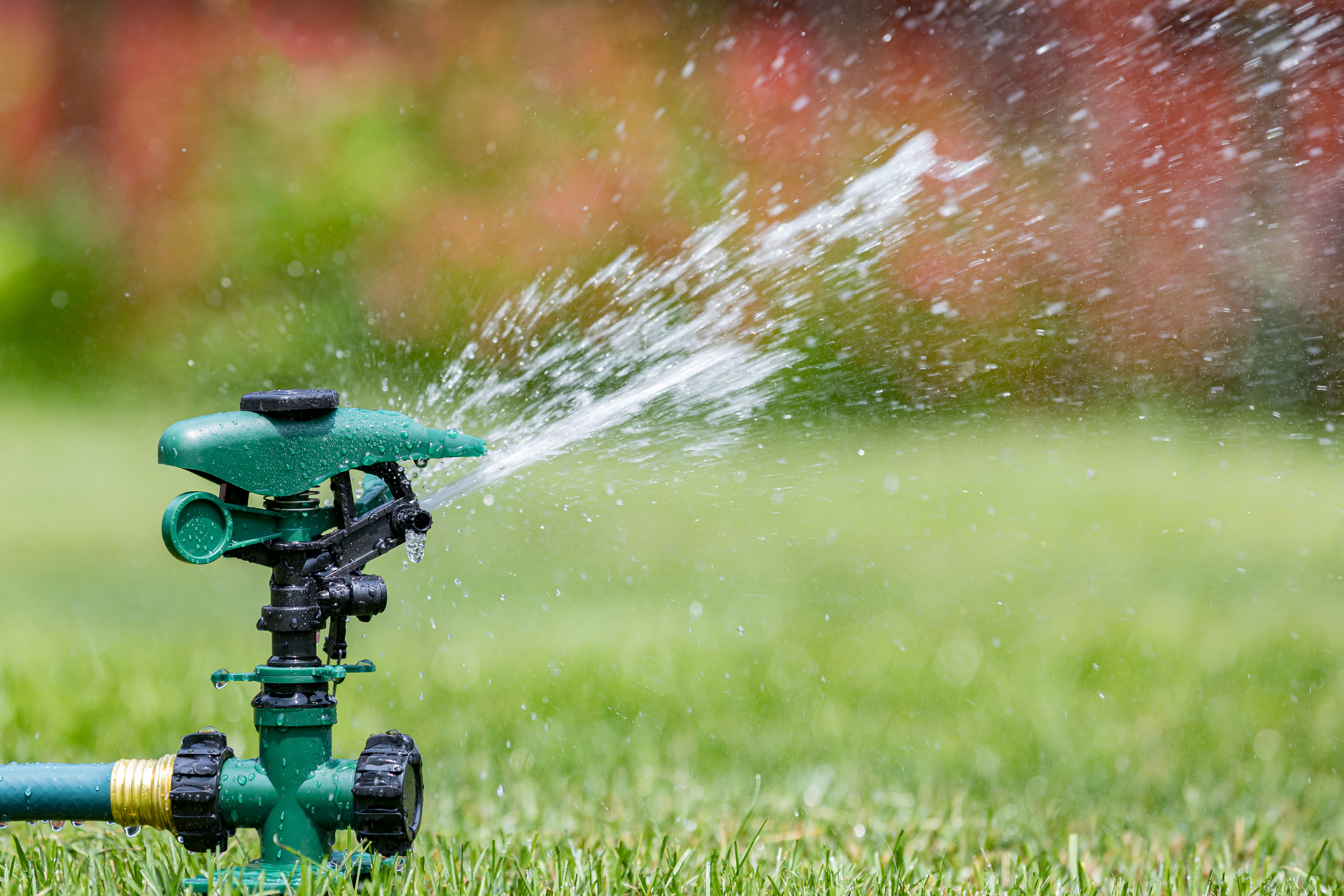 The plan the city has submitted for state review includes closing a classroom if one or more students from that class test positive for coronavirus and switching to remote learning for 14 days. If two or more students in different classrooms test positive, officials will close the entire school and enact remote learning for the same time period. If at least two children are infected and the link is unclear, the school will be closed pending the outcome of an investigation.

When the buildings reopen, the city said that all schools will be required to have other precautions in place to deal with any COVID concerns, such as an isolation room for students with symptoms that has a dedicated staff member or health professional to monitor them until a parent or guardian can arrive to pick them up.

Students will take part in what the city has called blended learning, a combo of in-person and remote lessons in which many children will be in school two or three days each week. Under the plan, students will stay together in pods or cohorts in order to facilitate contact tracing in the event of a positive case — meaning that high schools and middle schools (where students typically do not share classes with all the same students) will operate fairly differently this fall.

Families can still opt for an all-remote option at their school as well.

If a student or teacher is feeling sick, they are required to stay home and, if their symptoms are consistent with COVID-19, are asked to get tested. Any staff who become symptomatic will be asked to immediately leave the building.

Any positive confirmed cases will trigger an investigation by the NYC Test + Trace Corps to determine who may have been in close contact at the school, the city said.

“We are doing everything in our power to keep kids healthy while ensuring they are getting the education they deserve. These rigorous test and trace protocols will keep our students and staff safe as we start off this new school year,” de Blasio said.

What the mayor did not include in his plan were any initiatives set up to establish outdoor learning at schools, an option that some parents had called for. De Blasio insisted that while it may seem like an intriguing option this time of year, it won't be available in most school months, but did believe schools were looking at possibly making it part of the equation for students.

The president of the city's teachers' union, Mike Mulgrew, told News 4 Friday de Blasio's plan falls short because "they don't even have a nurse at every school." He also described the contact tracing team is "insufficient," and that the union's teachers do not support the plan.

“We need randomized testing of school communities throughout the year and a vigorous contact tracing system that gives schools test results and a course of action with a 24-hour turnaround,” Mulgrew said in a statement. “What’s more, even if there are stronger safety standards in place, we still have grave concerns about the city’s ability to enforce them effectively in every school. Right now, this is not enough to protect students and staff.”

The city responded to Mulgrew's concerns, saying they are "doing everything in our power to keep students and staff safe, including a dedicated test and trace team for schools. We will continue to work with the union as we implement plans for the fall," according to an NYC Department of Education spokesperson.

Apart from its tracing efforts, the city unveiled a plan to protect students, teachers and staff by purchasing large quantities of various PPE, including facial coverings, hand sanitizer, disinfectant and electrostatic sprayers. Carranza said that he believes schools in the city are better positioned to restart in-person learning than anywhere else in the country right now. He also acknowledged bluntly: "In-person school this fall will not be the same as last fall."

In addition to cleaning and other safety protocols, all school staff members will be asked to take a COVID test before September 10, which is slated to be the first day of school. Officials pledged that those individuals will be given priority at 34 city-run testing locations, which have been plagued of late by delays in returning results.

Some advocates of having students return to schools have pointed to things like the "front porch" entry technique that places like the Brooklyn Lab Charter School in Dumbo have instituted. That method involves having students wait in socially distanced lines outside the school to get their temperatures taken and get santizing wipes to clean off things like phones before going inside.

The concept minimizes bottlenecks at the main entrance, assures proper screening -- and is just one of many changes aimed at keeping everyone healthy when classes resume in September. News 4's Rana Novini reports.

The school believes the technique will help eliminate potential bottlenecking that can occur at entrances. Other methods employed at the school include desks spaced apart and teachers behind plexiglass at the front of the classroom.

About 40 miles north of NYC, Bedford Central School District in Westchester County said it is ready to bring back all students from kindergarten through second grade full time, Monday through Friday. Special education classes will also return full-time, while students in grades 3-12 will have some forms of hybrid schooling.

Bedford’s hybrid model will limit capacity to 50 percent of children being taught in-person, and students will alternate attending classes two or three days each week. Other measures include spreading out desks, lunch held in classrooms – which, along with offices, will be sanitized twice daily – and no after school activities.

One district is bringing its youngest students back for full-time, in-person learning, while older students will have a mix of in-class and remote learning. News 4's Lynda Baquero reports.

Also in Westchester, Byram Hills Central School District announced its plans for in-school lessons for kindergarten through sixth grade, with hybrid learning for grades seven to 12.

Limited capacity, staggered school days and social distancing are at the heart of the Bedford plan, but teachers unions across the tri-state (and the country) have balked at the idea of returning to class in just a matter of weeks.

Then there is the issue of busing, which Bedford Superintendent Dr. Joel Adelberg believes will be addressed by parents opting to drive their children to school. Adelberg also said school must be able to switch models at a moment’s notice, with valuable lessons learned about all-remote education earlier this year.

“There needs to be the rigor of a day and a structure of a day,” Adelberg said. “You need to get up in the morning and your teacher is expecting to see you at 8:00, there has to be a schedule.”

Over in New Jersey, one school district is going with the opposite approach. The Bayonne School District is hoping to get approved to start the school year completely online. It’s unclear if the state, which said schools have to submit a plan for some in-person learning, will approve the plan.

The Bayonne Board of Education is waiting to hear back after sending their proposal to the state, but the district says they do have back-up options.

Plan follows "drills" which found the district was not yet ready for in-person learning. NJ education officials are expected to rule on Bayonne's request next week. News 4's Rana Novini reports.

“We have great plans in place in case this is not approved. We’ll go to a hybrid schedule,” said Bayonne Superintendent John Niesz, who believes that the safest option is staying all-remote. Niesz referenced older school buildings already being at capacity, and says social distancing won’t always be available while also recognizing the struggles of having enough PPE.

“The most important thing is the health and safety. That’s what we seek first in life and everything else builds upon that,” Niesz said.

The New Jersey Department of Education did not respond to a request for comment.

In Connecticut, Gov. Ned Lamont said Thursday that districts will be able to choose between a full return to in-person learning, or a hybrid learning plan. Either option would not require the approval by the state.

During a congressional hearing on the coronavirus response on Friday, Dr. Anthony Fauci dispelled some of the misinformation spread online by politicians and fringe groups about the virus.