Election Day went to plan for Democrats Joe Biden and Cory Booker in New Jersey, who won at the top of the ticket in the state's first mostly mail-in election in which voters also approved legalizing recreational marijuana as well.

The measure was strongly endorsed by Gov. Phil Murphy, who tweeted after the projections came in that it was a "huge stop forward for racial and social justice and our economy." Passage of the measure means that marijuana will be legal for anyone 21 years of age or older in the state.

Steve Hawkins, the executive director of the Marijuana Policy Project, said the approval was a "great day for New Jersey."

“The passage of this ballot measure positions New Jersey to take the lead in the Northeast and will push neighboring states, like New York and Pennsylvania, to take action on marijuana legalization,” Hawkins added. “This is a victory for social justice given that Black residents of New Jersey are 3.5 times more likely to be arrested for marijuana than white residents despite similar usage rates.”

New Jersey was one of five states that voted on marijuana legalization, in addition to Arizona, Mississippi, Montana and South Dakota. Polls in the state showed about 60 percent of people supported legalization. New Jersey would join the District of Columbia and 11 other states if voters approve the constitutional amendment.

In terms of national races for New Jersey, Biden will pocket the state's 14 electoral votes, and Booker will head back to Washington for a second full term. Their victories confirm Democrats' firm control of the state's presidential electors and the party's lock on Senate seats.

Biden defeated Republican President Donald Trump, while Booker won against Rik Mehta, a business executive with a law degree and a doctorate in pharmacy, who staunchly supported the president.

Booker is the former mayor of Newark, the state's biggest city, and a national political figure who unsuccessfully challenged Biden and other Democrats for the presidential nomination this year. He spent some of his final days campaigning in other states with close Senate races, just one sign of how optimistic he was about his own race against Mehta.

New Jersey has not elected a Republican to the Senate since Clifford Case in 1972.

New Jersey held its first mostly mail-in election - the state's response to the COVID-19 outbreak. Some people, including those concerned over voting by mail, decided to cast ballots in person Tuesday, but lines were not long at most polling spots as strong winds swirled across the state and temperatures were in the low 50s. 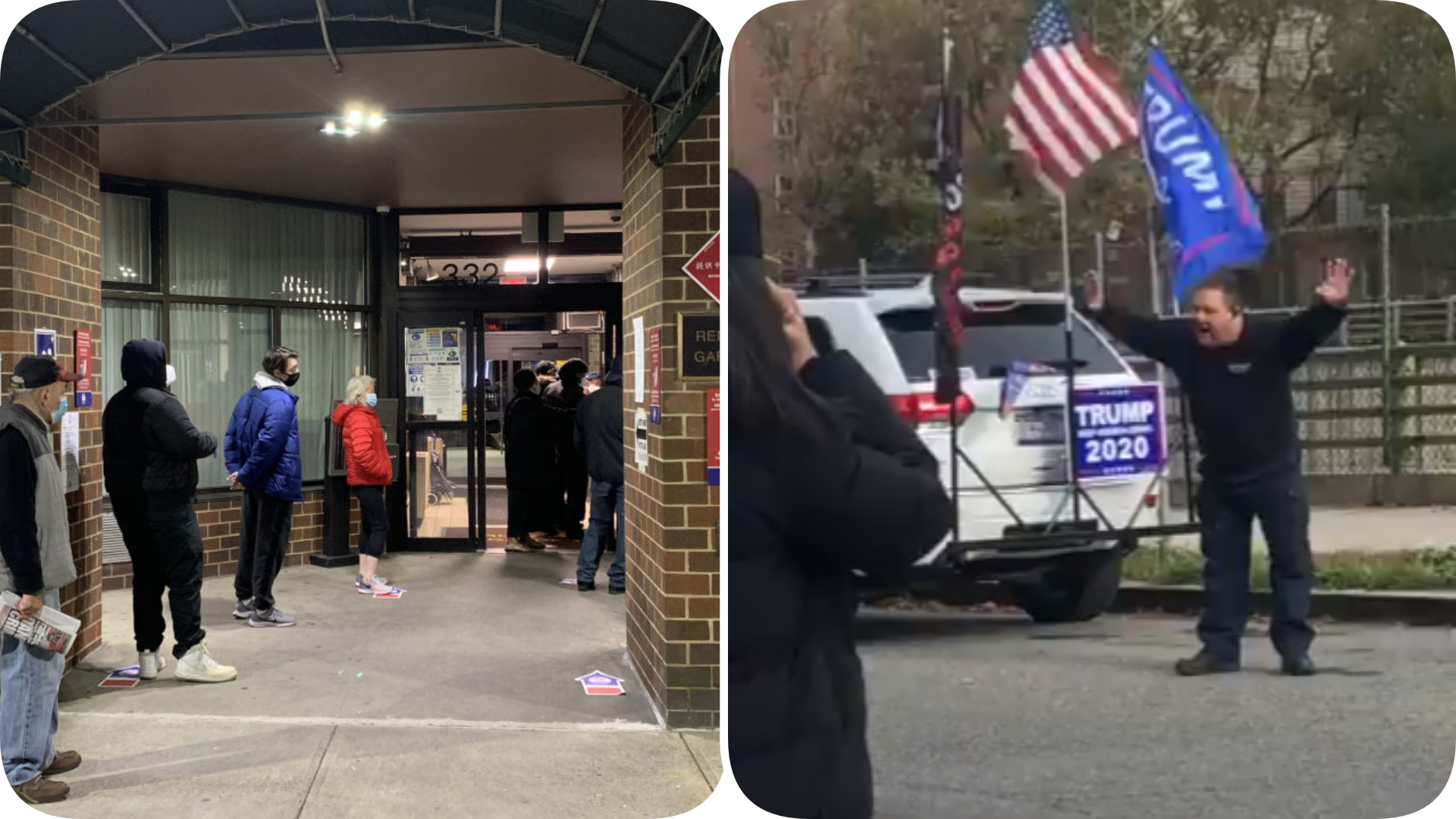 The closest races appeared to be for House seats. Republican Rep. Jeff Van Drew was locked in a tight battle against Democrat Amy Kennedy. Van Drew garnered national attention in December when he left the Democratic Party for the GOP because he opposed impeaching Trump.

Results overnight into Wednesday showed Van Drew with a slight 4 percent lead over the challenger Kennedy.

Also closely being watched are the 3rd District race, where freshman Democrat Andy Kim faces Republican David Richter. Kim was leading Richter early Wednesday morning, with about 75 percent of the vote in.

Democratic freshman Rep. Tom Malinowski led Republican Tom Kean Jr. in the race for the 7th District going into Wednesday, but 40 percent of the results still had yet to come in. The state's 6th district similarly still had to count a large portion of the ballots there (more than half), but Democrat Frank Pallone led Republican Christian Onuoha by about a 2-1 margin.

There were two House races called in New Jersey, both for Democrats: Donald Norcross in the 1st District, and Albio Sires in the 8th District.