After two straight days of hot afternoons and rainy evenings, the tri-state can expect to see a slightly cooler and storm-free end to the work week — for the most part.

Some lingering isolated cells may bring rain showers in spots overnight into Thursday, according to Storm Team 4, but the strong storms that brought heavy rain, intense lightning and flash flooding across the region have largely moved on out.

Thursday will see temperatures in the 80s, and while it will still be a little muggy it won't feel nearly as oppressive as the last two days. Scattered showers could pop up in the afternoon, Storm Team 4 says, but no widepread rain is expected for Thursday or Friday — a relief from Tuesday and Wednesday.

coronavirus in new york 24 mins ago 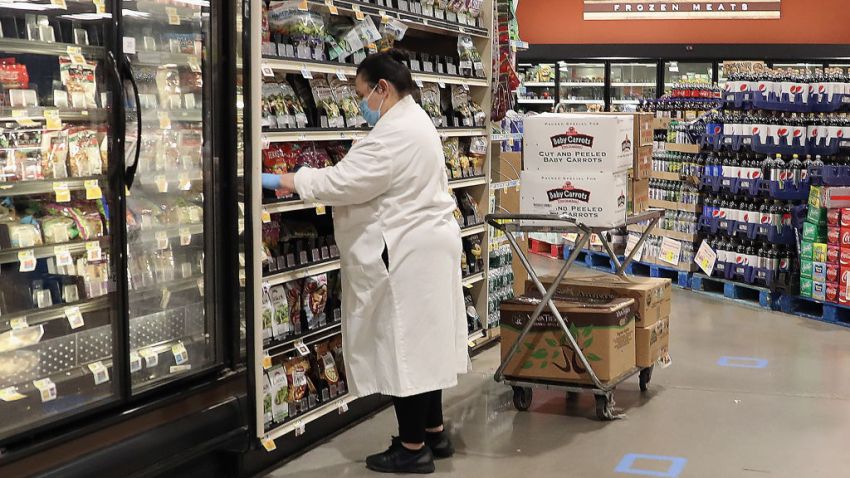 Ferocious storms swept through the tri-state Wednesday evening, bringing severe thunderstorms to much of the region during the evening rush — including all five boroughs of New York City.

Lightning flashed brightly at Rockefeller Center just before 3 p.m., followed by a boom of thunder that would make even the most seasoned New Yorker jump. That same storm cell produced a lightning bolt that struck the Statue of Liberty as the storm went over the city.

Severe thunderstorm warnings were issued for all five boroughs as well as numerous counties throughout New Jersey Wednesday afternoon and into the early evening. Lightning and strong winds were common in the wave of storms that passed through in the late afternoon, as more than 400 lightning strikes were recorded between New York City and Philadelphia in a 15-minute span before 4 p.m. Nickel-sized hail was reported just over the New Jersey border in Pike County, Pennsylvania.

There were numerous reports of storm damage across New Jersey, including a tree splitting into three parts and landing on a house in Secaucus, and tree limbs landing on a car.

In addition to the severe weather, the slow-moving storms led to flash flood conditions in Staten Island and New Jersey. Multiple roads in Monmouth County were reported being flooded in the area of Sea Bright and Monmouth Beach. Water was also reportedly up to the floorboards in cars in the Bulls Head section of Staten Island after the storms dumped as much as two inches of water per hour.

Each of the major airports in the area were under ground stops as the storms rolled in, triggering heavy delays for LaGuardia, JFK and Newark that lasted well over and hour in some cases. Mass transit was also impacted by the severe storms, with the MTA tweeting out that trains on above ground lines — such as 1, 2, 3, 4, 5 and 6 lines — were experiencing delays due to the weather. Metro North trains on the New Haven and New Canaan lines had delays of around 20 minutes due to weather-related power issues near Mamaroneck.

Track the storms with our interactive radar below -- and find real-time commute updates from all your key transit sources at the bottom of this page.

The bulk of the unsettled weather will move out overnight, Storm Team 4 says. Expect mostly dry and warm conditions for the rest of the workweek with highs in the mid 80s before the volatile pattern returns again for the weekend.