With Andrew Cuomo announcing he would resign as governor, Kathy Hochul has suddenly been thrown into the spotlight as she is set to become New York's next leader.

But there are a myriad of issues that await her as soon as she takes office. The state is still dealing with the ongoing COVID crisis as the delta variant rages, particularly among the unvaccinated; as a result of the pandemic, the state has a pending budget crisis on its hands; and with ridership still down, the future of the MTA is still up in the air. 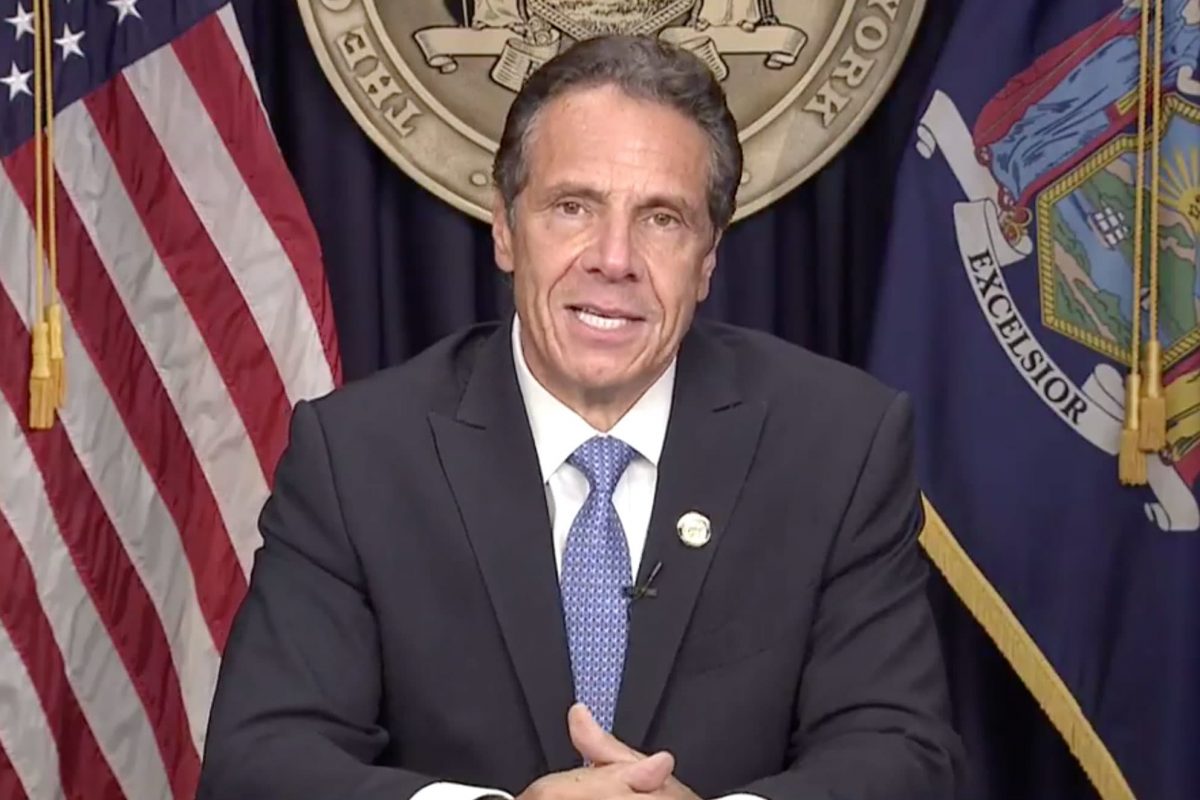 ‘It Was Past Time': Public Officials Respond to Gov. Cuomo's Resignation 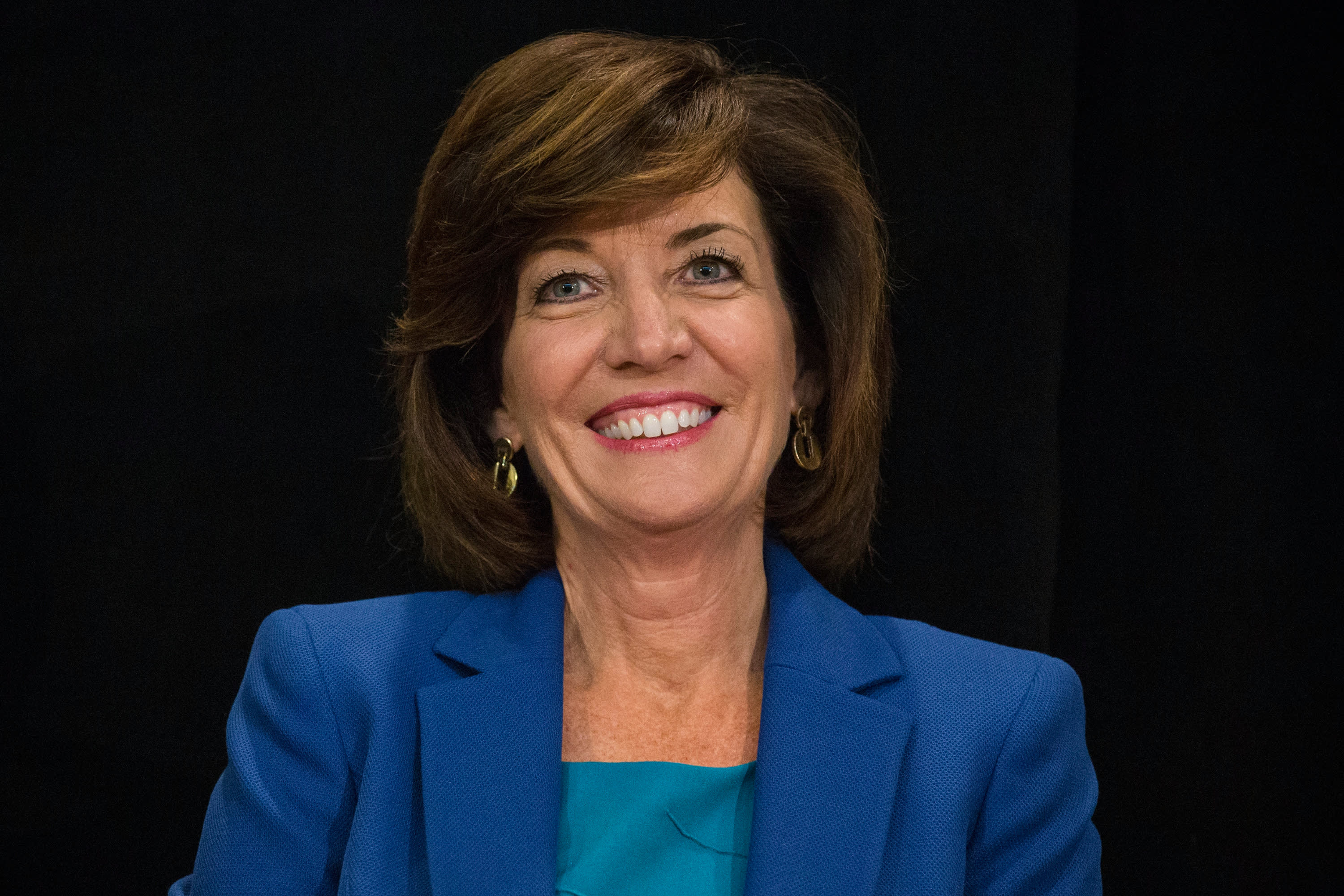 In issues not related to COVID, the state has to still sort out how legalized marijuana will be implemented as New York City faces a continued rise in gun violence.

Here's a breakdown of everything Hochul will need to address after she takes office on Aug. 24 and becomes the first female governor of New York.

The vast majority of the tri-state area, including all of New York City, is now considered a "high" or "substantial" COVID transmission area, according to the latest CDC data. There are only a handful of counties in the entire state of New York that are even listed as "moderate" risk, and those are located in the far northern and western areas — far from any major metropolitan area.

New York's statewide COVID hospitalizations are back above 1,200 — a nearly 230 percent increase in just the last month. The state reported back-to-back days of double-digit death tolls over the weekend after a lengthy streak in the low single digits, and there were 17 more COVID deaths in the state on Monday, continuing the trend.

Dozens marched across the Brooklyn Bridge Saturday to serve as a reminder that COVID-19 is still a threat. NBC New York's Anjali Hemphill reports.

Case levels were as low as 306 on June 25. Those numbers are well into the thousands once again, with more than 3,200 testing positive on Monday out of more than 91,000 (3.54 percent). Hospitalizations are also up, with the most recent tally above 1,300 — after plateauing at around 350 residents for much of July following months of decrease.

Despite the rise in cases and deaths, New York has yet to issue any new universal mask mandate, instead opting to strongly encourage masking in high-risk areas in alignment with CDC guidance. It will land on Hochul how to decide if and when to implement and new state policies regarding masks, particularly for students going back to school.

Aside from all current COVID struggles going on, the next administration will still likely have to answer some questions regarding the Cuomo administration's attempt to conceal thousands of COVID-19 deaths among nursing home patients as well.

After taking office in late August, Hochul will essentially have just over four months to prep and propose a state budget for the new legislative session that starts in January.

In the most recent $212 billion state budget passed in April — which was a week late and came as Cuomo was facing the first calls for him to resign — the New York Legislature voted to boost spending by billions over the next year in a bid to revitalize the state’s hard-hit economy.

New York will boost spending by billions over the next year in a bid to revitalize the state’s hard-hit economy under a late spending plan that failed to pass in time to prevent more delayed paychecks for state workers.

That spending plan includes $29.5 billion for schools, provides help for tenants and small businesses, legalizes mobile sports betting and implements a tax hike for those earning over $1 million a year. It also makes New York City residents among the highest taxed in the nation.

That budget came as the state suffered a $15 billion shortfall as a result of the pandemic, according to Cuomo. There is no doubt the state is still hurting financially, as industries like tourism still have not rebounded to pre-pandemic levels, and the continuing delta variant surge isn't helping matters in that regard.

That means that the budget for FY 2023 will also be greatly impacted, but how Hochul handles that — and determines what gets cut and what taxes could get increased — will be under heavy scrutiny.

Future of the MTA In Doubt

Less than two weeks ago, Sarah Feinberg announced she was leaving her role as interim president of NYC Transit, as the subway boss's promised future as chair of the MTA was still in limbo.

The agency has not said who will replace her or when. Her resignation came after Cuomo said in early June that he was going to split the top job at the MTA into two posts, chair and CEO, and said he would name Feinberg chair of the agency.

But the state senate effectively rejected Cuomo's proposal, with members of the Senate and Assembly reportedly saying they were worried that Cuomo's legislation would remove oversight of the MTA. While the proposal hasn't been officially withdrawn yet, it's not clear if it will happen, especially now that Cuomo is out. The governor's office said in July that CEO-designate Janno Lieber would be serving as acting chair and CEO, effective July 31.

Feinberg, Lieber and MTA Chairman Pat Foye led the MTA through existential challenges brought on by the coronavirus pandemic, which caused ridership to plummet more than 90% at its peak. They helped secure more than $14 billion in federal aid for the MTA as it sought to plug huge budget holes brought on by decreased activity on subways and buses and at bridges and tunnels.

The authority spent hundreds of millions of dollars on cleaning and disinfecting subway cars and stations, and took the rare step of closing down the subway system overnight to accommodate the additional cleaning.

Money is also an issue for the MTA, which said that a planned fare hike expected for later this year has been delayed again through at least 2022.

On the final day of March, Cuomo signed a bill passed by the legislature the night before to legalize recreational marijuana in New York, making it the 15th state, along with the District of Columbia, to have legalized the drug for recreational use.

Previous estimates from Cuomo's office predicted annual tax revenues from legal weed sales could bring in $350 million a year and 60,000 jobs to the state when the industry is fully established.

Legalization of the plant was effective immediately but legal recreational sales are not expected to begin for one or two years. The burden of regulating the sales has now fallen onto Hochul, who will have to step in and fully establish the Office of Cannabis Management, an independent agency operating with the New York State Liquor Authority.

While the OCM was set up under the Cuomo administration, there have been complaints that the agency has been put on a back burner and isn't in a position to function as a true regulator. Hochul will need to ensure that the OCM is functioning as a government entity to protect consumers and regulate businesses in the emerging market.

Crime rates have risen after plummeting during the initial months of the coronavirus pandemic, creating economic hardship and anxiety.

Since the spring of 2020, the number of shootings has soared in New York City. At least 687 people were wounded or killed by gunfire through June 6. Although the figure is not as high as the more than 2,400 people were shot during the same period in 1993, it is the highest number for a winter and early spring since 2000.

Thankfully, the number of murders and shootings dropped in June and July compared to 2020 levels, but the numbers are still above what pre-pandemic rates were, according to NYPD statistics.

In July, Cuomo issued the first-in-the-nation Executive Order declaring gun violence in New York as a Disaster Emergency, and announced the creation of the Office of Gun Violence Prevention. The governor also required by Executive Order major police departments to share data on gun violence with DCJS to compile this data weekly, and a new State Police Gun Trafficking Interdiction Unit was also part of the plan.

The state also announced in July it would be investing $16 million to fund workforce training and job placement programs in 20 cities most impacted by gun violence in an attempt to make them safer,

This initiative is directed at helping 3,200 youth in Capital Region, Central New York, Finger Lakes, Long Island, Mid-Hudson, and Western New York, and builds on the $12 million Cuomo announced on July 14 to provide 2,400 jobs to young workers in New York City, according to the state. Cuomo also announced a plan to establish hundreds of jobs for at-risk youth in Brooklyn.