From our first look at Simone Biles to the first swimming medals and a highly anticipated skateboarding competition, there's plenty to see

There is no shortage of must-see action on Day 2 of the Tokyo Olympics. The first medals in the swimming competition were awarded, with Team USA bringing home medals in each final, while skateboarding debuted in the Olympics with a letdown from American superstar and gold medal favorite Nyjah Huston.

Simone Biles hit the gymnastics floor in her usual style, along with the rest of Team USA, for the first step on their quest to gold early Sunday, while the best surfers in the world rode the waves in Tokyo for the first time Saturday night.

Without further ado, here are our 4 to Watch on Day 2:

American Jagger Eaton took the bronze medal in the first-ever Olympic skateboarding final on Sunday in Tokyo, while World No. 1 Nyjah Huston missed the podium.

Huston, the most well-known American skateboarder with nearly five million Instagram followers and the highest-paid skateboarder in the world hoped to shine in the inaugural competition. Huston won the world title in 2017, 2018 and 2019. But he was relegated to silver at 2021 Worlds by Japanese Horigome Yuto.

This 26-year-old Tokyo gold medal favorite might very well be the most interesting athlete that the average fan, steeped in the history of legacy sports such as track, gymnastics and swimming, has never heard of heading into the Tokyo Games.

Arguably the sport’s most recognizable athlete, Huston grew up in Davis, California, where his family owned a skate park. He made his X Games debut as a pint-sized 11-year-old, garnering a reputation as a rising talent.

Now, with 10 X Games titles in street to his name, Huston has created an empire that includes a signature Nike shoe and an organization to bring clean water to underprivileged communities.

While the sport’s inclusion in the Olympics has led to some uncertainty in the skateboarding community, Huston says, “It’s about time…I’m just thankful that I’m in a place and time [to] hopefully be a part of it for the first time.”

Swimmer Chase Kalisz won gold in the men’s 400m Individual Medley, the first gold medal for the United States at the Tokyo Olympics

After dominating the women's 400m IM heats, 19-year-old Emma Weyant made history winning silver in the individual medley final. She extended a 17-year streak of American women winning a medal in the 400 IM at every Olympics.

With Simone Manuel swimming the anchor leg, Team USA took bronze in the women's 4x100m freestyle relay. Manuel joined the relay despite not qualifying in the 100m individual race or competing in the heat.

Americans Torri Huske and Claire Curzan swam in the women's 100m butterfly semifinals, with the former qualifying for the final race.

Simone Biles, known as the greatest gymnast in history, discusses her motivation as well as the importance of pushing herself to her limits in preparation for Tokyo 2020.

It should come as no surprise that after the United States completed its women's gymnastics qualifying round, the leader in the all-around is Simone Biles.

The 24 gymnasts with the top cumulative individual scores advance to the individual all-around final, with a limit of two gymnasts per country.

Meet athlete Carissa Moore as she talks about one of the Olympics newest events, surfing.

The first-ever Olympic surfing competition took place Sunday morning in Tokyo, with round 1 consisting of five heats of four surfers. In each heat, the top-two surfers advance to round 3, while the bottom two move on to round 2.

Olympic surfing competition is taking place at Shidashita Beach, which is about 40 minutes outside of Tokyo.

Moore, a Hawaii native, started surfing when she was just 5 years old off the beaches of Waikiki with her dad, Chris. A prodigious talent, she impressed at a number of junior competitions and says that by age 12, she was talking with her dad about whether she wanted to pursue the sport professionally.

“I knew it was going to be a lot of hard work, but I also knew it would be really fun.”

In 2011, the then 18-year-old clinched her first world title, making her the youngest surfer to ever win the award. She has since claimed another three world titles (2013, 2015, 2019). One of the only pro surfers to attend a traditional brick and mortar high school, Moore graduated from Punahou High in Honolulu, the same school that former President Barack Obama attended. The 27-year-old is still coached by her father; they live in neighboring houses in Honolulu.

Two-time world champion Florence had one of the most difficult qualification processes to the Olympics because it involved an expedited recovery from an ACL injury. The Hawaii native missed a significant portion of the World Surf League in 2019 after tearing his ACL for the second time in 13 months earlier in 2019.

Five months after the injury, the 27-year-old competed at the final event of the season, earning enough points to edge Kelly Slater for the second and final U.S. Olympic spot. How Many Athletes Are in the Olympics for Team USA? By the Numbers 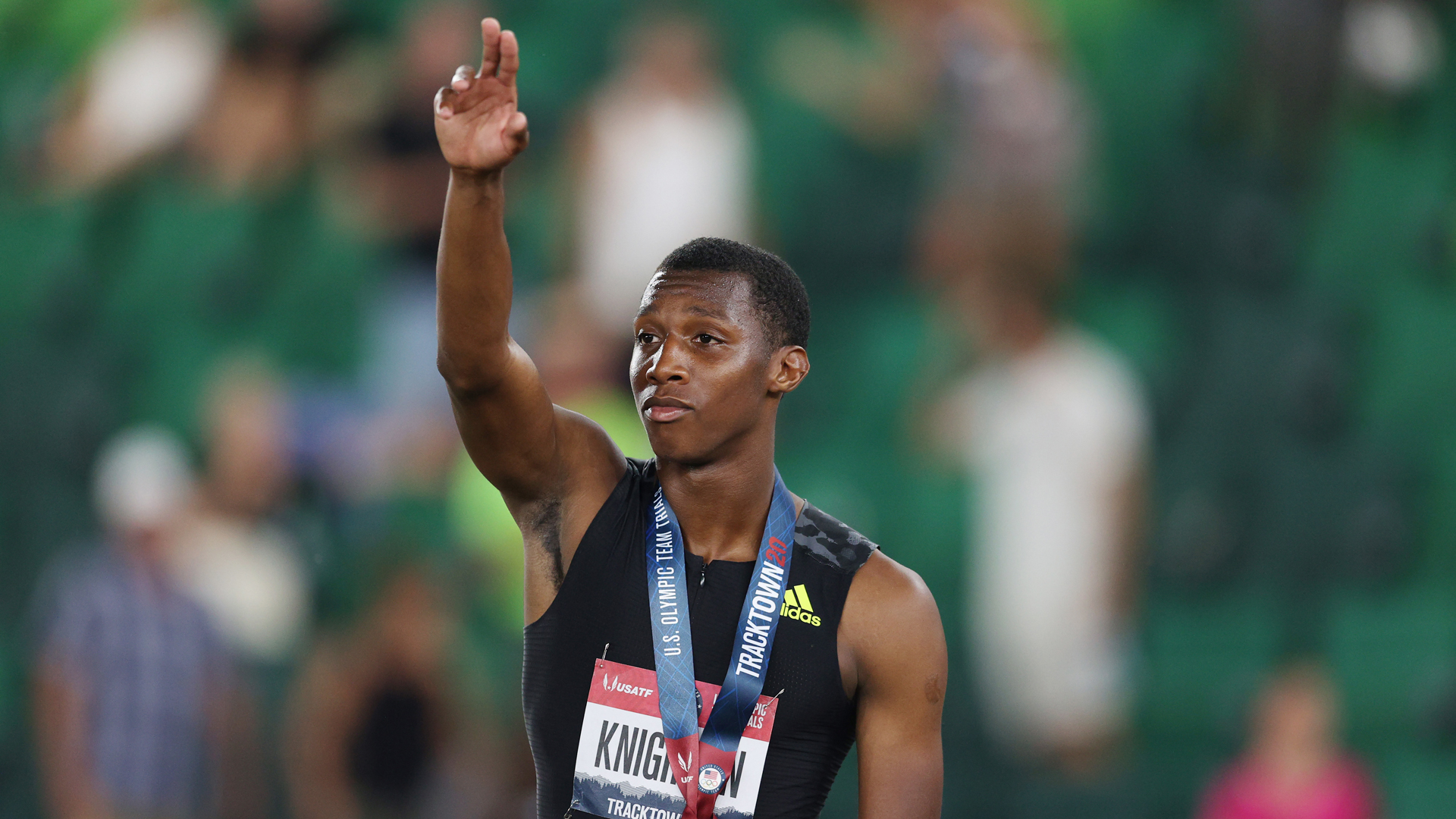 The Youngest Olympians Competing at the Tokyo Olympics