The impeachment investigation’s primary focus remains on allegations of sexual harassment against Cuomo, as well as reports that his administration intentionally underreported virus deaths at nursing homes and glazed over bridge safety concerns, but the alleged preferential testing will be explored as well

The impeachment investigation into New York Gov. Andrew Cuomo is expanding to examine whether the governor unlawfully used his office to provide his family members with special access to scarce coronavirus tests a year ago, a state lawmaker said Thursday.

“The recent reports alleging there was preferential treatment given for COVID-19 testing are troubling,” the statement read. “While we do not have jurisdiction to investigate this matter, it’s imperative that JCOPE look into it immediately.” 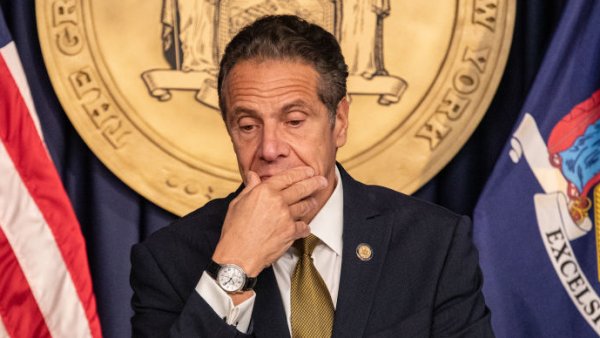 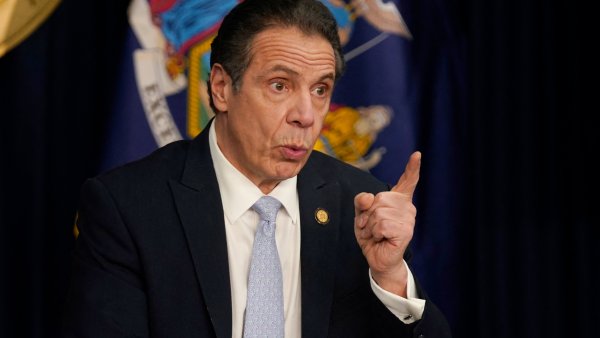 A spokesperson for the ethics commission, Walt McClure, said the commission could not comment “on anything that is or might be an investigative matter.”

The impeachment investigation’s primary focus remains on allegations of sexual harassment against Cuomo, as well as reports that his administration intentionally underreported virus deaths at nursing homes and glazed over bridge safety concerns, but the alleged preferential testing will be explored, Assembly Judiciary Committee Chair Chuck Lavine told The Associated Press on Thursday.

Members of Cuomo’s family including his brother, CNN journalist Chris Cuomo; his mother; and at least one of his three sisters were tested by top health department officials, some of them several times, according to the Times Union of Albany.

The testing of people closely tied to the governor was carried out by high-ranking state health officials, The New York Times reported. It mostly happened in the early days of the pandemic in March 2020.

A report says members of Gov. Cuomo's family were given priority for COVID-19 testing during the early days of the pandemic, when such testing was scarce. Marc Santia reports.

The newspapers cited multiple people with direct knowledge of the testing but did not identify them.

Rich Azzopardi, a spokesperson for Cuomo, did not explicitly deny that the administration had extended special treatment to people close to the governor but sought to dispute the notion. The governor’s office didn’t provide responses to a list of questions from The Associated Press, including whether the governor disputes the reports.

“In the early days of this pandemic, when there was a heavy emphasis on contact tracing, we were absolutely going above and beyond to get people tested,” Azzopardi said in a statement, adding that the effort included “in some instances going to people’s homes — and door-to door-in places like New Rochelle — to take samples from those believed to have been exposed to COVID in order to identify cases” and to prevent others from developing the disease.

The governor did not address the allegations on Wednesday or Thursday. New York City Mayor Bill de Blasio, a frequent Cuomo critic, said it is "another matter that needs to be looked into, but as much as it raises questions, it pales in comparison to the nursing home scandal."

Watchdogs like John Kaehny of Reinvent Albany said the alleged preferential delivery of COVID tests to those close to the governor violates the Public Officers Law, part 74 section D, which states: "No officer or employee ... should use or attempt to use his or her official position to secure unwarranted privileges." Kaehny said it is a "clear violation and and an issue of resources not supposed to be allocated at the governor's whim for relatives."

The state Assembly is conducting the investigation into whether there are grounds to impeach the governor. It has hired a Manhattan law firm to lead the probe looking into whether Cuomo used his office to sexually harass or assault female employees, unlawfully withheld the real nursing home death count, covered up structural bolt issues on a state bridge that opened in 2017 to replace the former Tappan Zee bridge or provided preferential testing.

The state attorney general is also investigating the allegations of sexual harassment, which Cuomo has denied, and a federal inquiry into the state’s reporting of nursing home resident deaths is underway.

Chris Cuomo was diagnosed with COVID-19 in late March of 2020. The CNN anchor was swabbed by a top state health department doctor who visited his Hamptons home to collect samples from him and his family, people with knowledge of the matter told The Washington Post, which did not identify them.

In a statement late Wednesday, CNN spokesperson Matt Dornic said: “We generally do not get involved in the medical decisions of our employees. However, it is not surprising that in the earliest days of a once-in-a-century global pandemic, when Chris was showing symptoms and was concerned about possible spread, he turned to anyone he could for advice and assistance, as any human being would.”

The Washington Post reported that “dozens of VIPs, some living in penthouses in Manhattan,” got access to rushed tests. Cuomo’s office didn’t directly respond to that report.

The coronavirus test specimens were then rushed by state police escorts to the Wadsworth Center, a state public health lab in Albany, where they were processed immediately, the people said.

As the governor continues to face political pressure to resign, it appears his public support is slipping as well, with a new poll showing a lower percentage of New Yorkers wanting Cuomo to stay in office than a different poll showed just two weeks ago. NBC New York's Jonathan Dienst reports.

State police spokesperson Beau Duffy said that there was “nothing extraordinary” about the agency’s involvement and said it helped transfer all samples to state labs early on in the pandemic last year. Troopers picked up samples from doctor’s offices, state testing sites, nursing homes and other locations at the state health agency’s direction.

“During the first weeks of the pandemic, troopers transported thousands of samples from around the state to Wadsworth for testing,” Duffy said.

In March 2020, Cuomo cited his own experience with his family in daily news conferences in which he at times discouraged the public from getting tested for COVID-19 unless they had traveled to a hot spot. In one briefing from March 18 that year, he described discouraging his sister from getting a test for her daughter because it didn’t seem necessary.

Cuomo often suggested the primary purpose of limited COVID-19 tests was to isolate people who are likely exposed and sick.

“The truth is we don’t have the testing capacity,” Cuomo told reporters March 9, 2020. “We have the protocol on the testing because we can’t test people on that kind of whim.”

The testing scandal is far from the only problem the Cuomo administration is facing, even as the governor tries to focus his attention on the state budget and the ongoing pandemic. On Wednesday, he declined to say what his office is doing to ensure a safe work environment for two female aides who have accused him of sexually harassing or groping them.

Speaking to reporters from his Manhattan office, Cuomo said “there are rules” about how employers are supposed to handle such complaints, then turned to his special counsel, Beth Garvey, to elaborate.

“Certainly every individual who comes forward and makes a complaint is protected from retaliation and we are making sure that occurs in this case as well,” Garvey said.

They didn’t answer a question about whether the women were working from home or offer specifics on how the situation was being handled.

State and federal law protects employees from retaliation, like being fired or demoted, for complaining about harassment.

Several women who worked for Cuomo have accused him of making inappropriate comments about their looks, giving them unwanted hugs or kisses, or making comments they interpreted as gauging their interest in an affair.

Among them are two aides who still work in the governor’s office. One, who has yet to speak publicly, reportedly said the governor groped her at the Executive Mansion last summer. Another, Alyssa McGrath, said Cuomo looked down her shirt and made suggestive remarks to her.

The governor has denied touching anyone inappropriately but said he’s sorry if he made anyone uncomfortable.

He insisted Wednesday, in response to a reporter’s question, that the scandal and ongoing investigations by the state attorney general and state Assembly were not interfering with his ability to govern.

“The reality is the exact opposite,” he said.

McGrath’s lawyer, Mariann Wang, said it was vital that “the governor and his office allow the attorney general’s lawyers to do their work without interference, and take no action against any victim or witness who has come forward.”

“Ms. McGrath has always feared retaliation given the history and public reports of how prior complaints have been handled. There’s every indication that the “rules” that the Governor now invokes were not applied to protect those women,” she said.