The animal rescue group that took in the dog of a white woman who was captured on video phoning the NYPD and falsely accusing a black man who was birdwatching of threatening her in Central Park will return the dog to her.

In a Facebook post, Abandoned Angels said the decision was made after a veterinarian determined Amy Cooper’s dog was in good health and after New York City law enforcement authorities refused to take the dog into their custody.

"Abandoned Angels would like to express its gratitude for the outpouring of support regarding the dog that was recently placed in our custody, following release of a troubling video that was brought to our attention. The dog was promptly evaluated by our veterinarian, who found that he was in good health. We have coordinated with the appropriate New York City law enforcement agencies, which have declined to examine the dog or take it into their custody. Accordingly, and consistent with input received from law enforcement, we have now complied with the owner's request for return of the dog," Abandoned Angels post reads.

In addition to criticism of racism, Amy has also received criticism of animal cruelty because she appeared to be choking her dog for nearly a minute after she grabbed it by the collar.

Abandoned Angels Cocker Spaniel Rescue previously said Amy adopted the dog a few years ago and "voluntarily surrendered" the dog while the incident was being addressed.

Christian Cooper, no relation to Amy and the subject of her racially charged tirade, captured part of the now viral exchange in a video that was posted to Twitter by his sister. Amy is seen asking Christian to stop recording her.

When Christian refused to stop recording her, Amy grabs her dog's collar and moves away from him to call the police, the video shows.

"There is an African-American man. I am in Central Park. He is recording me and threatening myself and my dog," she said. 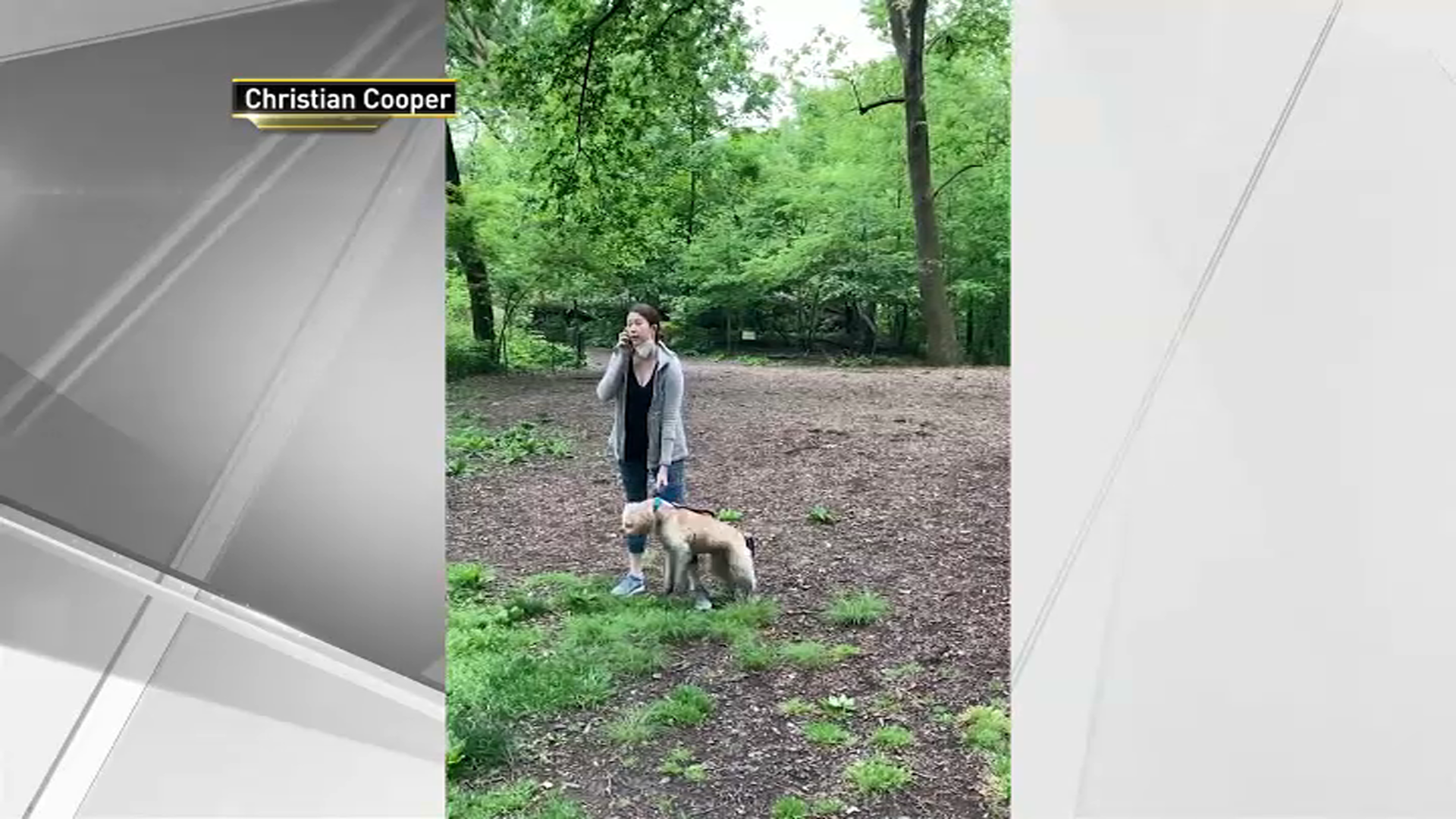 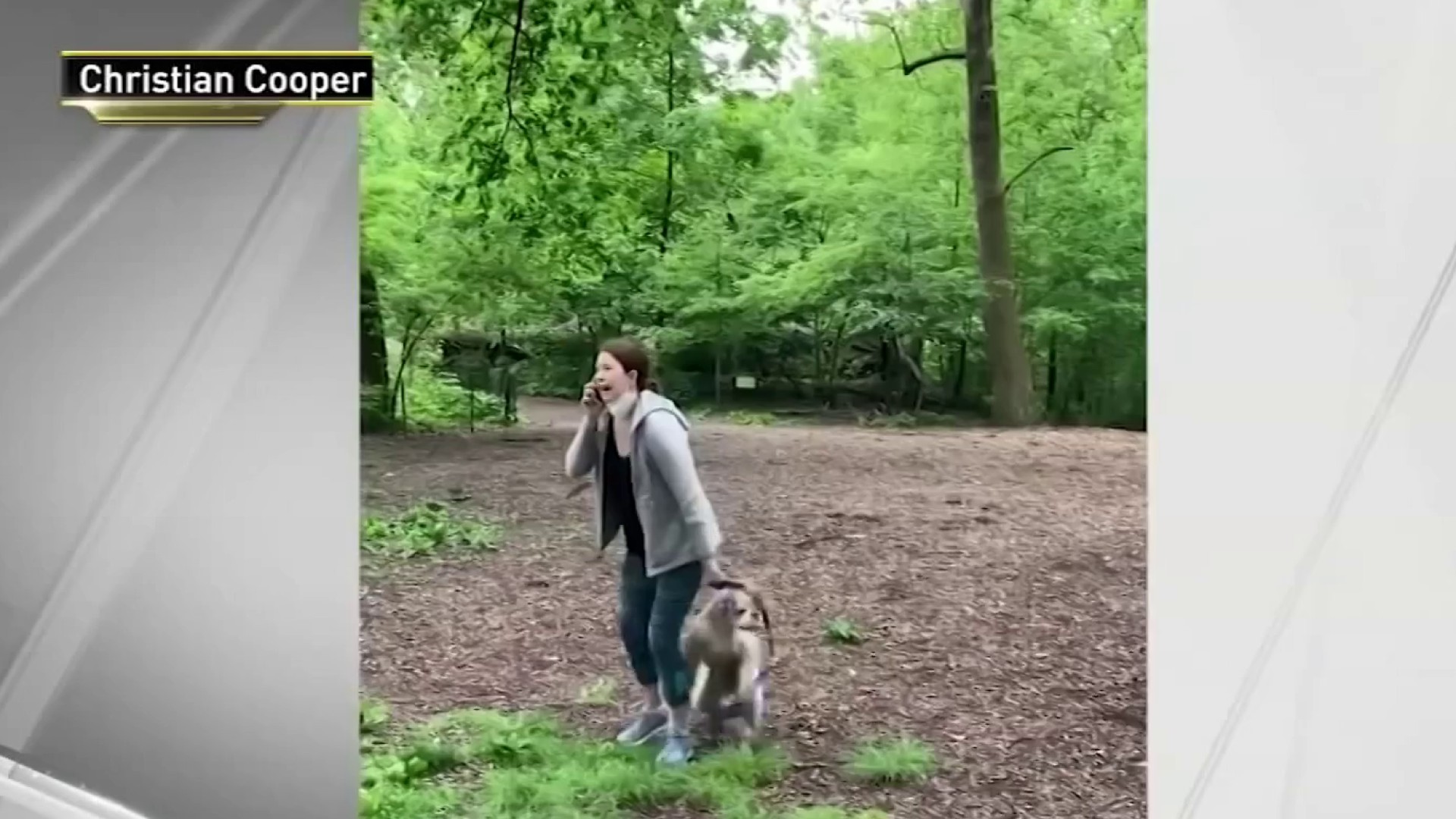 The woman repeats her assertions several times to dispatchers while struggling to keep the dog within her control, lifting the dog up and pulling it by its collar several times.

Meanwhile, Christian didn't appear to move any closer to Amy. He told NBC New York that he's an avid bird watcher and was in the popular spot for birders around 8 a.m. on a Monday morning. He said he only asked Amy to put her dog on the leash in the area where it's required to do so at all times.

"If the habitat is destroyed we won’t be able to go there to see the birds, to enjoy the plantings," Christian explained. When Amy refused, he says he offered her dog a treat and started recording the incident.

"The only way they can keep the dog from eating the treat is to put it on a leash," he said. "At some point, she decided I’m gonna play the race card, I guess."

Several city officials are calling for a New York City woman to be arrested after a viral confrontation in Central Park.

"We live in an age of Ahmaud Arbery where black men are gunned down because of assumptions people make about black men, black people, and I’m just not going to participate in that," Christian previously told NBC New York, echoing the online criticism Amy received.

Christian stopped recording after Amy finally puts her dog on a leash. He is heard telling her, "Thank you."

By the time officers arrived, Christian had already left. The NYPD said no complaint or arrests were made after police determined the incident was a "verbal dispute."

Video of the dispute went viral, with more than 40 million views in less than 48 hours. Amy has now lost her job and although the NYPD has said charges will not be filed, she is facing a city human rights investigation.