The New York emergency room doctor who survived Ebola five years ago and is now on the frontlines of the city's battle against COVID-19 has a stark warning: he's more scared of this new virus than the one that almost killed him.

Craig Spencer, an ER doctor at Columbia University Medical Center, got Ebola in West Africa in 2014 trying to fight the outbreak there. He gained a new notoriety Monday with a series of tweets about a night in the emergency room, where 90 percent of his patients had coronavirus. He was at it again Tuesday, with even more dire warnings about the situation in his hospital.

Spencer told the TODAY Show Wednesday morning that things are not getting any better, even as the White House pushes to reopen the economy in just a couple of weeks.

"The reason that I've said in many ways this coronavirus pandemic is worse than working in West Africa during Ebola is because I never once worried about my personal protective equpment in West Africa, and this virus unfortunately is perfect in the sense that it spreads really really well, it hits all age groups and it's just … it's really scary the potential this virus has," Spencer said.

New York state now has roughly 50% of all U.S. coronavirus cases, and New York City in particular represents about 30% of all nationwide cases. Gov. Andrew Cuomo said Tuesday that infections are doubling every three days and that they could peak in three weeks -- at a level that far exceeds the state's capacity of hospital beds, ICU beds or ventilators.

"We know that we're really at the beginning of this. Case numbers are increasing on a daily basis and soon our hospitals are going to be overwhelmed," Spencer warned. "At the rate that we're putting people on ventilators - at some hospitals 1 to 2 per hour - the simple math shows it's only a matter of time until we run out." 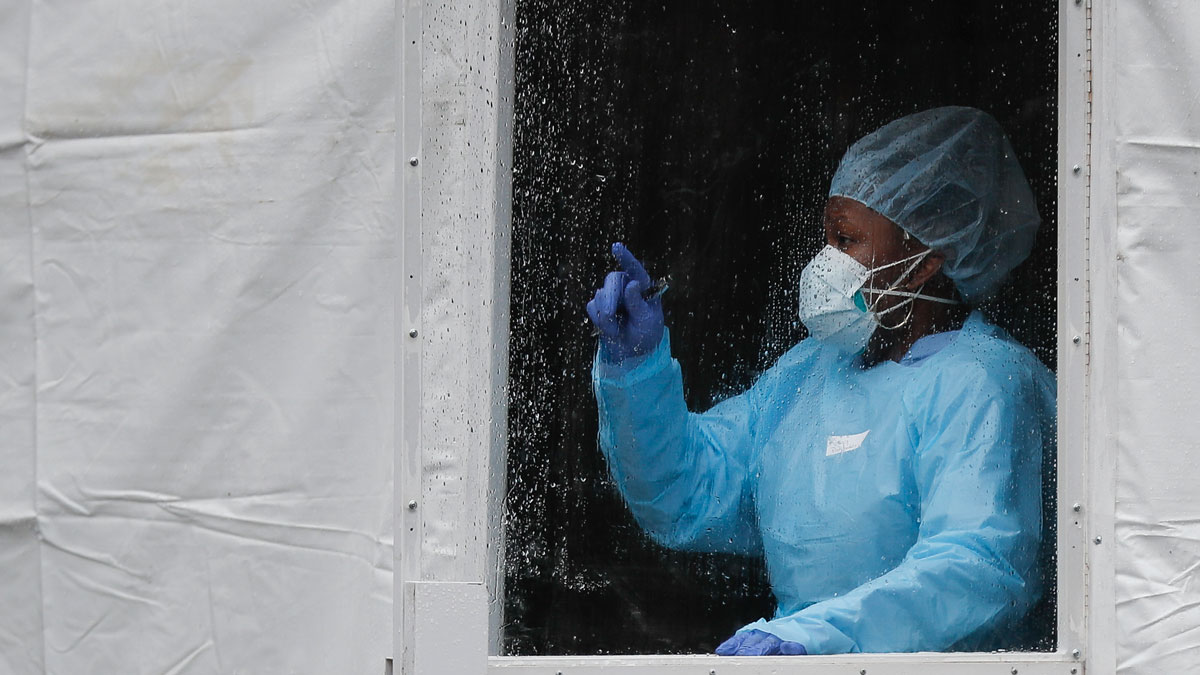