The CDC says 54 of NY's 62 counties are now at high risk for community COVID spread. That number has more than doubled in the last three weeks -- and the state's daily case total just hit a number unseen since January

Well, the entire state of New York didn't end up losing all of its green in the CDC's latest COVID community risk level update, despite topping 11,000 new cases in a day Thursday for the first time since January.

But all of New York City turned orange, reflecting the highest threat scenario of the federal health agency's three tiers.

The Bronx had been the lone county of New York state's 62 to remain in the low-risk category for much of this week, an indicator of how forcefully the highly contagious omicron subvariant BA.2.12.1 appears to have overswept the Empire State.

In the CDC's most recent update, which was calculated Thursday, only Orange County, in the state's Mid-Hudson region, remains in the green. It's not clear if that will last -- the county's rolling case average has been inching upward daily since mid-April apart from a slight blip this week. It's still at an early February high.

More than 87% of New York counties (54 of 62) are now shaded orange -- representing a high risk of community spread -- on the CDC's map. That color designation applies to counties where both rolling new case and hospitalization rates have hit a certain threshold (200 and 10 new cases and admissions, respectively).

Those 54 counties represent 18% of the 297 across America that the CDC now puts in the same category. The number of high-risk U.S. counties has more than quintupled since the first week of May, when just 56 met that CDC standard.

In late April, it was 40. New York accounted for more than half of those high-risk counties at that point. But then, it was just 23 counties. It's more than doubled since.

The federal health agency unveiled its new community-based system earlier this year as part of an overall Biden administration pivot from a crisis approach to COVID to a more endemic one. New York City, which transitioned to a high alert COVID status earlier this week amid rising case and hospitalization rates, adheres to that system.

Though the alert level is now considered high, no new COVID mandates are being implemented at this point. The city is instead recommending all people wear masks indoors and in other crowded settings, as is the guidance from the CDC, while continuing to stress the importance of regular testing and other protective measures.

They also remind New Yorkers to take advantage of free COVID tests, which are easily and widely available, and the same-day antiviral treatment deliveries. Learn more.

As COVID cases rise again, the FDA has authorized a booster dose of the Pfizer vaccine to children ages 5-11. Erica Byfield reports.

The shifting colors on the CDC map locally reflect a national picture that has officials at all levels of government stressing -- but not mandating -- core virus protocol with a renewed sense of urgency not seen since the initial omicron surge months ago.

Two days ago, federal officials warned rising case rates could intensify further over the coming months as they urged elected leaders in particularly hard-hit areas to consider re-upping calls for indoor masking among all people, vaccinated or not. 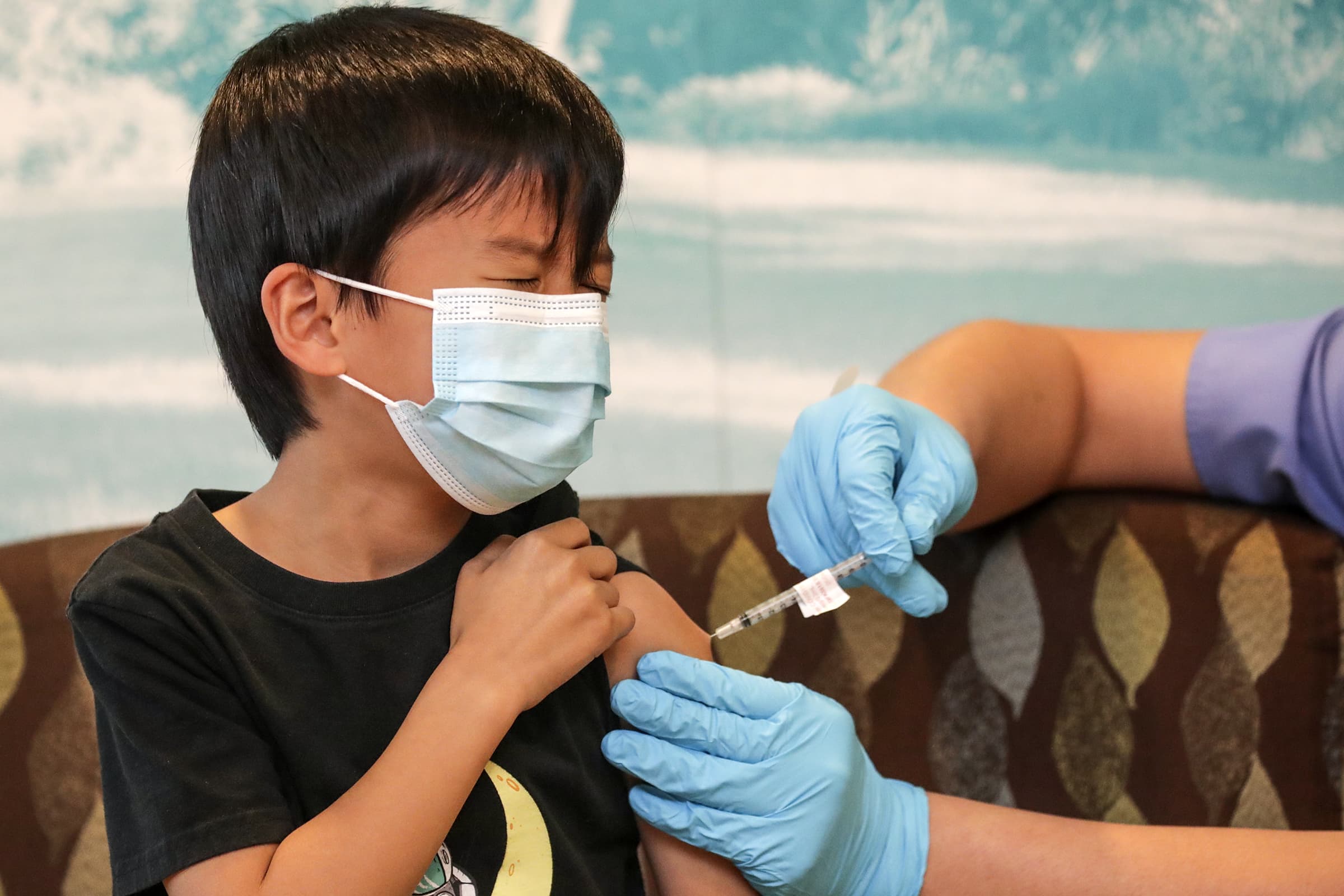 CDC Recommends Pfizer Booster Shot for Kids Ages 5 to 11 as Covid Cases Rise Across the U.S.

New York City health officials did issue an updated mask advisory this week, even before announcing the upgraded alert level. The recommendation is clear: Wear a mask indoors, whether you're vaccinated or not. It's not a requirement, though.

And the expectation is it won't need to be. While the inherent transmissibility of the latest COVID strain to establish dominance appears clear, officials say the same efforts that have helped beat back the pandemic at every stage will work now.

"Now is the time to double down on protecting ourselves and each other by making choices that can keep our friends, neighbors, relatives and coworkers from getting sick," NYC Health Commissioner Dr. Ashwin Vasan said in announcing the transition to high alert status earlier this week. "As a city, we have the tools to blunt the impact of this wave, including distributing tests, masks and promoting treatments."

"Getting back to low risk depends on everyone doing their part and if we follow guidance, our forecasts anticipate this wave’s peak will not last long. What we do now can make all the difference," Vasan added.