"On a good day, he’s a bully. On a bad day, he’s what we’re seeing now," said a Republican who challenged Cuomo in a race for governor in 2014

It was Andrew Cuomo’s Emmy-winning performance: daily televised coronavirus briefings in which the New York governor projected competence and compassion, helping to calm a nervous nation.

Now, the many Americans whose positive impressions of Cuomo were formed during the height of the pandemic are getting a close-up of a very different governor, one accused of underreporting COVID-19 deaths in nursing homes, sexually harassing female staffers and bullying colleagues.

To New Yorkers who have watched the Democrat for years, however, the allegations are consistent with how Cuomo maintains his tight grip on power. The same forceful, micromanaging, even adversarial style that appeared to serve him well in the pandemic, they say, could lead to his undoing. 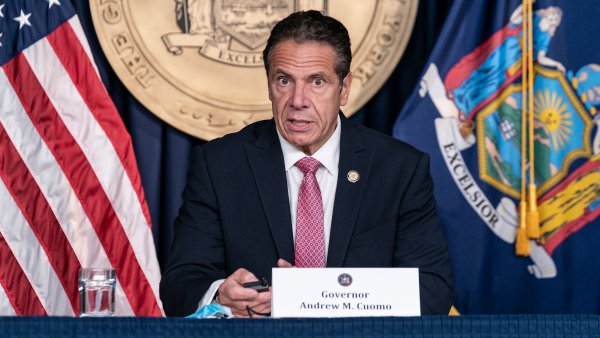 Impeachment? Vindication? What Comes Next in Cuomo Probe 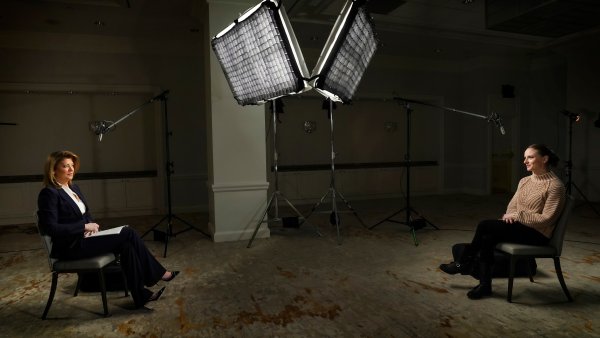 “The national audience who looked to him for guidance and comfort in the past year don’t want to see someone they respect fall from grace,” said Fordham University political scientist Christina Greer. “But there are a lot of New Yorkers who have known Cuomo and his behavior who are saying it’s time for his comeuppance.”

The three-term governor, 63, said Wednesday that he would not resign, and urged those demanding his departure to await the results of an independent investigation into the harassment allegations, overseen by Democratic state Attorney General Letitia James.

Cuomo apologized for making women uncomfortable but denied touching anyone inappropriately. He said he regularly greets people with a hug and kiss, a habit acquired from his late father, former Gov. Mario Cuomo.

“I understand sensitivities have changed. Behavior has changed,” Cuomo said. “I get it and I’m going to learn from it.”

Former aide Lindsey Boylan, 36, accused Cuomo of persistent harassment, including kissing her without consent and suggesting a game of strip poker aboard his state-owned jet. Another former aide, Charlotte Bennett, 25, said Cuomo asked if she ever had sex with older men and said he was fine dating “anyone above the age of 22.”

A third woman, not employed by the state, told The New York Times that Cuomo put his hands on her face and asked if he could kiss her just moments after they met at a 2019 wedding.

Cuomo’s administration is also under federal investigation after it underreported deaths in nursing homes following his decision to open those facilities to recovering COVID-19 patients.

The state, for months, declined to say how many nursing home patients who had died after being transferred to hospitals, even reportedly editing the number out of a report released in July. State health officials say the statistic was withheld because of questions about its accuracy.

Assembly member Ron Kim, a Democrat who blasted Cuomo over those deaths, said Cuomo called and threatened to “destroy” him if he didn’t retract his criticism.

Cuomo has denied saying those words. He’s also defended the state’s record on nursing home deaths, though he said it should have moved faster to release the data. But the threatening language sounded familiar to Republican Rob Astorino, who challenged Cuomo in 2014.

Cuomo’s campaign obtained, digitally altered and used a family photo of Astorino and his 11-year-old son at a Miami Dolphins football game in an attack ad to question Astorino’s loyalty to New York.

“He has screamed at me, cursed at me, threatened me: It’s a pattern of behavior with him, and it’s the worst-kept secret in New York,” Astorino said. “On a good day, he’s a bully. On a bad day, he’s what we’re seeing now.”

Cuomo refused to even say hello to his 2014 primary opponent, Zephyr Teachout, when she approached him at a parade, later joking he didn’t see her. In 2018, a national organization for dwarfs lodged a complaint after Cuomo’s campaign repeatedly mocked his opponent’s height.

“The irony of this whole thing is: If he’s so tough, then why is his skin so thin?” asked one of those lawmakers, Democratic state Sen. Alessandra Biaggi. Biaggi is among several lawmakers from both parties calling for Cuomo’s resignation.

Mario Cuomo ’s legacy hangs heavily over the younger Cuomo’s career. Andrew Cuomo got his start in politics as his father’s aide and campaign manager, before serving as U.S. housing secretary under Bill Clinton and state attorney general. If he wins a fourth term in 2022, he will surpass his father’s tenure.

While he started as a centrist, he’s since moved to the left — though many progressive lawmakers still view Cuomo with distrust. The governor, a fan of muscle cars who talks proudly of being a son of Queens, has insisted his job requires toughness.

And his forceful personality has helped him notch an impressive list of victories on same-sex marriage, minimum wage, tax cuts, gun control and a long list of economic development projects.

Infrastructure — big, concrete and tangible — is a particular interest. Cuomo has overseen overhauls of New York City’s airports and train stations, subway and rail expansions, and a replacement for the Tappan Zee Bridge, which was named for his father.

His hands-on approach won him plaudits — and a book deal — in the pandemic’s early days, when his briefings showcased both his practicality and a more human side, as a father and son worried about his family — augmented by viral appearances on his brother’s primetime CNN show as New York bore the deadly brunt of U.S. cases.

Gov. Andrew Cuomo pledged not to resign Wednesday and asked New Yorkers to wait for the state attorney general's report on the sexual harassment allegations against him before casting judgment. He once again vowed to cooperate fully with that inquiry and said he "fully" supports a woman's right to come forward." Cuomo also apologized publicly for the second time in three days, this time on camera before a live audience.

“He is a bully, and he’s everything they say he is,” said Barbara Bartoletti, who worked in Albany for four decades as legislative director for the League of Women Voters, a government watchdog often at odds with Cuomo. “But as a New Yorker, I’m glad we did have him during the height of the pandemic.”

With his pugilistic nature, Cuomo was never likely to resign without a fight, Greer said. Pressure could subside, too, as the investigation drags out.

The diverging fates of two fellow Democrats could prove instructive: While Virginia Gov. Ralph Northam survived his 2019 scandal over old blackface photos — even campaigning, a year later, for the same politicians who initially sought his resignation — U.S. Sen. Al Franken’s quick departure in response to his own harassment allegations has since been second-guessed.

“Northam was able to ride it out, while a lot of Democrats think Franken left prematurely,” Greer said. “I don’t think Cuomo goes quietly in the night. I think he just waits, and hopes the storm passes.”