D’Agostino powered through her injury, limping the last few laps of the race. After an appeal, she advanced to the final

Props to American distance runner Abbey D’Agostino who delivered one of the most inspiring moments of the Rio Games during the women’s 5000-meter race Tuesday.

The athlete helped a rival runner and managed to finish the race with a leg injury after suffering a nasty fall.

According to NBC Sports, D’Agosotino, 24, appeared to suffer an injury that sent her tumbling over New Zealand’s Nikki Hamblin who then tripped on the track.

Instead of getting up to continue the race, D’Agostino turned to help Hamblin. D’Agostino, having problems with her leg, then fell to the track herself. Hamblin stayed with the American runner before getting back into the race.

D’Agostino powered through her injury, limping the last few laps of the race.

Their acts of sportsmanship sparked praise on social media.

D’Agostino ended up finishing the race and was led off the track in a wheelchair. But not before sharing a victory hug with Hamblin at the finish line.

Both runners were originally knocked out of the final. After appealing, the judges advanced D'Agostino and Hamblin. The two athletes will take to the track on Friday for the final race. 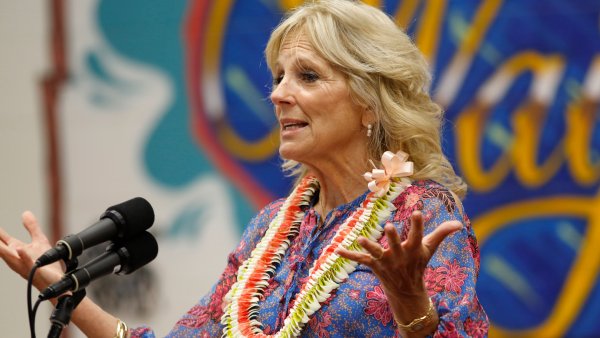 Jill Biden Treated for Puncture on Foot After Hawaii Visit

They'll be up against Ethiopia's Almaz Ayana, the world champion in the 5,000-meter, who surged to victory Tuesday morning.