"The attacks against Jews are out of control, and we must have a concrete strategy to address the rise of these attacks," said Dov Hikind, founder of Americans Against Antisemitism.

A 34-year-old woman and her 4-year-old son were attacked in Brooklyn Thursday by someone who yelled anti-Semitic slurs and hit the mother in the head, the latest in a spree of hate during the Jewish holidays that has the community and city officials alarmed.

Police say the woman and her son were walking out of a Dunkin' Donuts in Gravesend when a woman approached them and hit the mother over the head with her bag. The victim, who did not want to be identified because of safety concerns, tells NBC New York that she immediately called 911 and a good Samaritan followed the attacker, leading officers to arrest the suspect.

It was the latest in a string of possible anti-Semitic attacks in Brooklyn and Manhattan. All have happened in a matter of days. Erica Byfield reports.

That good Samaritan, Sean Lennon, told News 4 he followed the attacker with a friend until cops arrived and put her in cuffs. He said they heard screaming -- and chased after the attacker because it was "the right thing to do."

"When the woman got the child ripped out of her arms and thrown to the floor I ran over and got between the two and made sure the woman was OK," Lennon added.

The NYPD said police are looking into at least seven other incidents of possible hate-based attacks against Jewish people since Dec. 13. City leaders have condemned the attacks that are happening as the Jewish community celebrates the holidays.

"It seems like it's open season on Jews in New York City," said Councilmember Chaim Deutsch.

Mayor de Blasio took to Twitter early Friday to condemn the recent spree, vowing heightened NYPD presence in Borough Park, Crown Heights and Williamsburg, where the attacks have been concentrated.

Investigators were looking into an incident Wednesday where a 40-year-old man was punched in the face on 13th Avenue in Borough Park.

The last confirmed attack happened in the early morning hours on Tuesday on Kingston Avenue in Crown Heights, when a 25-year-old Jewish man was walking on the sidewalk when he saw a large group of people walking toward him, police said.

That man told police that members of the group yelled “f--- you Jew” before hurling a Slurpee at him. The group can be heard laughing and one appears to be filming the incident as they quickly flee shortly after.

About 15 hours later, a man in his 50s was standing in front of a building on Union Avenue in the same neighborhood when he said he saw as many as six people approach him after 5 p.m. on Dec. 24, according to police.

One of the people who came up to the man punched him in the back of the head, and the group took off.

The first attack of Hanukkah was on Dec. 23 on the Upper East Side, according to the NYPD. A 65-year-old man was hit in the face with a closed fist after the suspect made an anti-Semitic remark, then was kicked while on the ground. The victim suffered cuts to his face and hand, police said.

There have been at least 4 attacks on Jews in the city over a three-say span, both in Manhattan and Brooklyn and during Hanukkah. NBC New York's Anjali Hemphill reports.

Steven Jorge, of Miami, Florida, was later arrested and charged in the beating. The 28-year-old was charged with assault as a hate crime. It wasn’t immediately clear if he had an attorney.

Former New York State Assemblyman Dov Hikind said the victim had been wearing a black yarmulke and checking his cellphone when the attack happened.

"The attacks against Jews are out of control, and we must have a concrete strategy to address the rise of these attacks," said Hikind, founder of Americans Against Antisemitism. "What is happening in New York City with attacks against Jews has created a deep and growing concern in our community."

The attacks come less than two weeks after a deadly shooting rampage at a New Jersey kosher market that Attorney General Gurbir Grewal said was driven by hatred of Jews and law enforcement. The gunbattle and standoff in Jersey City left six people dead - the two killers, a police officer and three people who had been inside the market. 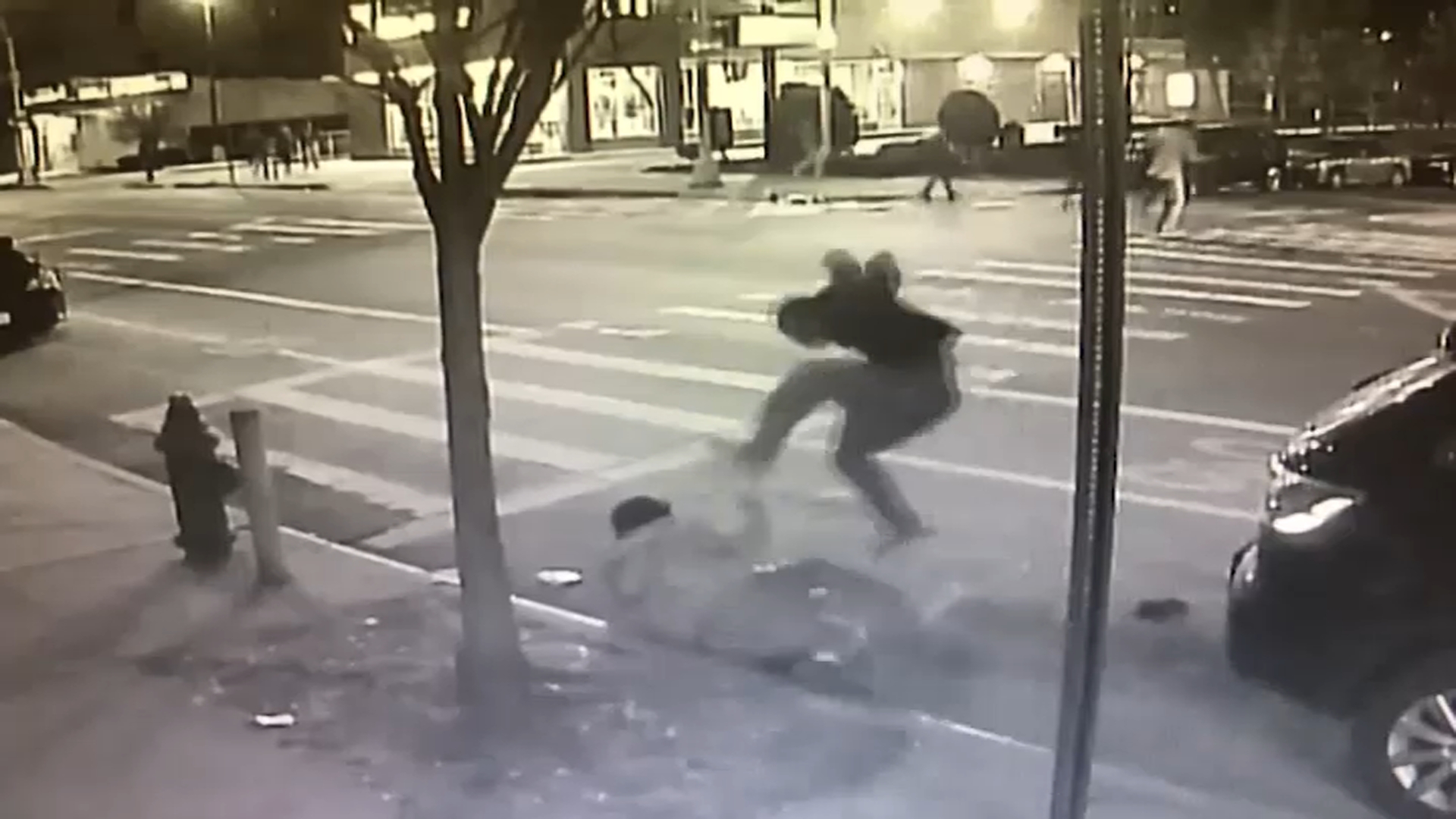 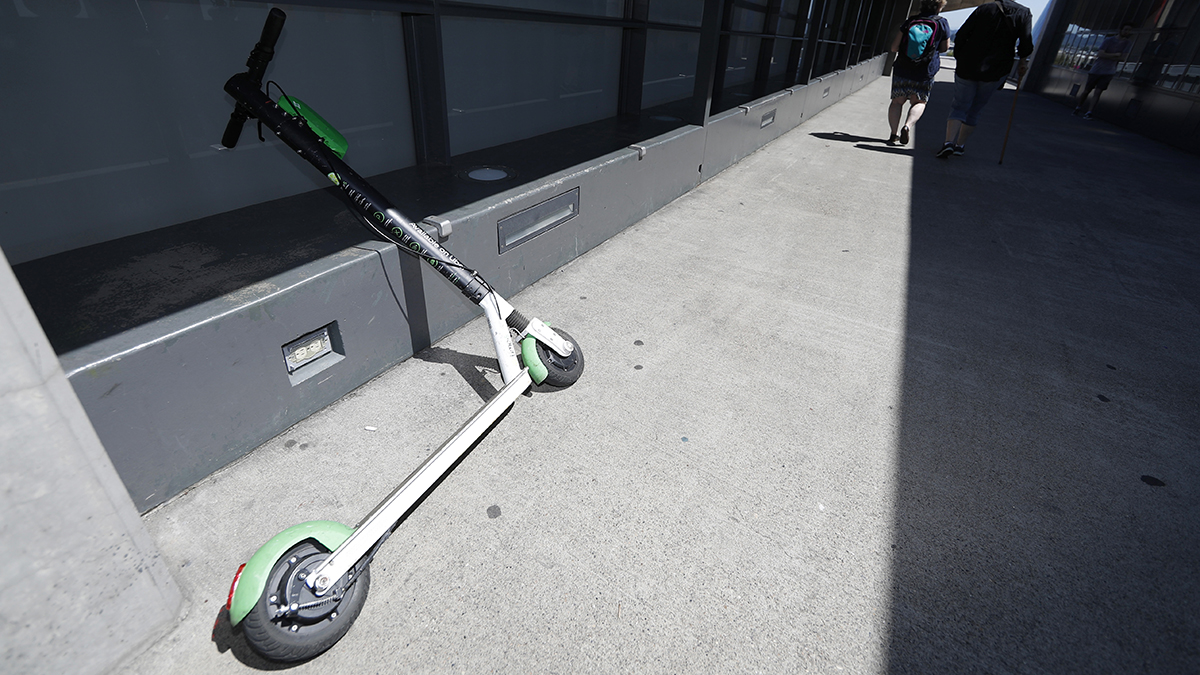 The spate of attacks captured the attention of Gov. Andrew Cuomo and Mayor Bill de Blasio, with both condemning the actions.

"This horrific and cowardly act of antisemitism is repugnant to our values, and it's even more despicable that it occurred over the holidays," Cuomo said in a statement. "We have absolutely zero tolerance for bigotry and hate, and we will continue to call it out whenever and wherever it rears its ugly head."

The mayor echoed those sentiments, saying that it is “not enough to condemn anti-Semitism — we have to confront it,” in a tweet Christmas night.

“The despicable crimes committed against our Jewish community over the last 24 hours are an attack on ALL New Yorkers,” de Blasio added.

Meanwhile, the Anti-Defamation League on Wednesday offered a $10,000 reward for information regarding the attacks.

"We are appalled at the sheer frequency and aggressive nature of these incidents," Evan Bernstein, the group's regional director in New York and New Jersey, said in a news release. "They're made particularly heinous by the fact they are occurring during a time when society is supposed to come together in peace for the holidays, and as the Jewish community is particularly on edge as it's reeling from the deadly attack in Jersey City on Dec. 10."