Brooklyn Man Arrested, Allegedly Almost Burnt Down His Own Home With Fireworks

After a roman candle was accidentally fired right into a bedroom window, the group setting off the fireworks didn't seem to notice — and continued to fire more off for over five minutes before realizing what was wrong

It's common to see people lighting up fireworks on a summer night – especially around the Fourth of July and especially this year, as fireworks have become a fairly regular sound throughout the city, with complaints at an all-time high.

But on June 24, the illegal pyrotechnics took a dangerous turn in the Flatlands neighborhood of Brooklyn, according to the FDNY.

A neighbor’s security camera shows a group of people standing in a driveway on East 51 Street, setting off fireworks when a roman candle gets fired directly into a bedroom window. Those outside didn’t seem to notice, and continued to light more off for more than five minutes while flames grew inside the house, the fire department said.

The fire grew quickly, soon swallowing the whole back of the house and a car in the driveway. After the group finally saw the smoke and flames, one man could be seen on security footage trying fruitlessly to put out some of the flames using a garden hose. 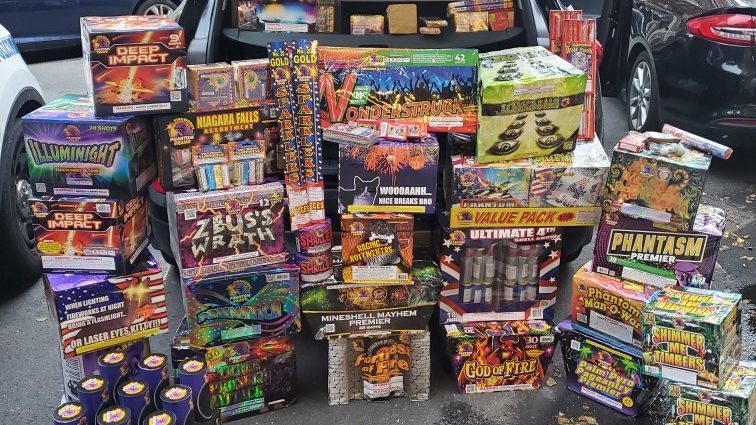 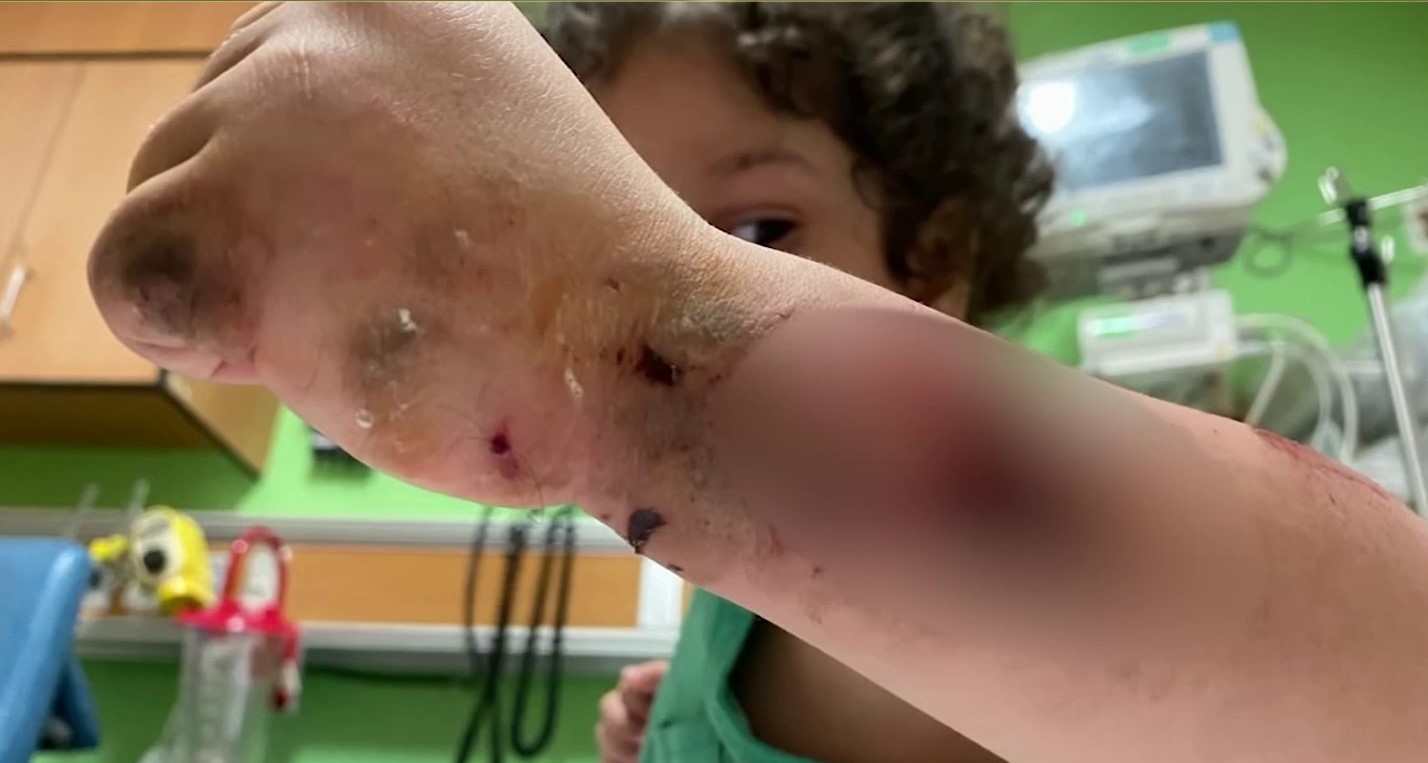 Fire marshals arrested Damien Bend and charged the 36-year-old with arson after allegedly starting the inferno when he accidentally shot the illegal fireworks into his own home. The FDNY said that Bend only discovered the fire after going inside to get more fireworks to shoot off.

The flames tore up his cousin Joshua King’s bedroom, and the house is now boarded up.

“Basically everything I have in there was burnt up: my money, my clothes, my jewelry – everything,” King told NBC New York.  He said he luckily had left the house shortly before the fire broke out. When he returned, the house was surrounded by at least 60 firefighters, according to the fire department, with neighbors watching in horror.

“Illegal fireworks pose significant dangers to the safety of New Yorkers and their property,” said FDNY Commissioner Daniel Nigro. “Our Fire Marshals will continue to actively enforce the laws relating to illegal possession and sales of fireworks in New York City.”

The FDNY said that over the past nine days, fire marshals have arrested 17 people and confiscated nearly $40,000 in fireworks. The department said this incident is an example of just how dangerous illegal fireworks can be.