U.S. stocks jumped on Monday led by technology shares as investors flocked back into growth names amid declining bond yields.

Shares of Tesla added 2.3% as rates fell and as Cathie Wood's Ark Invest put out a new price target on the stock which calls for it to quadruple in four years. Apple, Microsoft and Netflix all gained at least 2%, while Amazon and Facebook climbed more than 1% each. 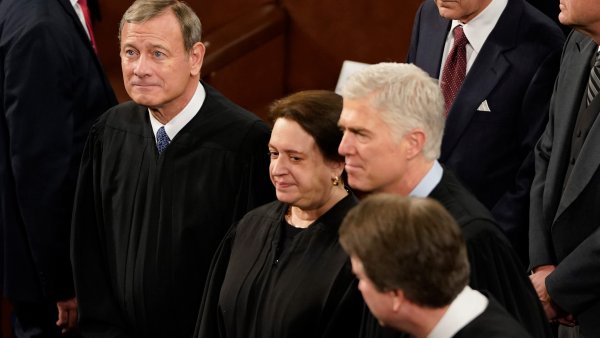 The 10-year Treasury yield fell 5 basis points to around 1.68%, after touching a 14-month high last week (1 basis point equals 0.01%). The move higher in rates in recent weeks has raised concerns about valuations on growth and tech stocks.

Industrials got a boost after the New York Times reported that President Joe Biden is eyeing an infrastructure deal with as much as $3 trillion spending to boost the economy. Most Wall Street firms including Goldman Sachs were expecting around $2 trillion on infrastructure spending. Shares of Caterpillar traded into the green following the news and closed the session 0.3% higher.

The major averages rebounded from a losing week when a jump in bond yields pressured the high-growth stocks, which had led the indexes back from their pandemic-sparked sell-off last year. The Dow and S&P 500 fell 0.5% and 0.8% last week, respectively, breaking two-week winning streaks. The Nasdaq lost 0.8% during the same period.

Still, optimism about the markets and the economic recovery has been growing as vaccines roll out across the country, with the pace of Americans getting shots climbing in recent weeks.

U.S. trial data released Monday showed the Covid vaccine developed by AstraZeneca and the University of Oxford is 79% effective in preventing symptomatic illness and 100% effective against severe disease and hospitalization.

Many on Wall Street believe bond yields' rebound to pre-pandemic levels shouldn't be too alarming given the magnitude of the economic recovery from pandemic-triggered recession.

"We believe the recent rise in nominal government bond yields, led by real yields, is justified and reflects markets awakening to positive developments on the faster-than-expected activity restart combined with historically large fiscal stimulus – all helped by a ramp-up in vaccinations in the U.S.," Wei Li, global chief investment strategist at BlackRock Investment Institute, said in a note.