After 8 Months And A Court Order — Will NYPD Actually Release Police Disciplinary Files?

Despite the federal court order upholding the 50(A) repeal, the NYPD didn’t immediately signal whether it would provide records sought by the I-Team back in June

In the middle of June, while protests against police brutality grew louder on New York City streets, the I-Team filed a series of requests for NYPD disciplinary files.

The document requests, filed under New York’s Freedom of Information Law (FOIL), sought “all Law Enforcement Disciplinary Records” for a list of just under 100 officers who had been involved in lawsuits or high-profile excessive force claims.

In the past, requests like these would have been summarily rejected. But everything was supposed to change – when Governor Cuomo signed he 50(A) Repeal bill, a piece of legislation that explicitly ordered law enforcement agencies to hand over disciplinary records when requested under FOIL.

Everything did not change. 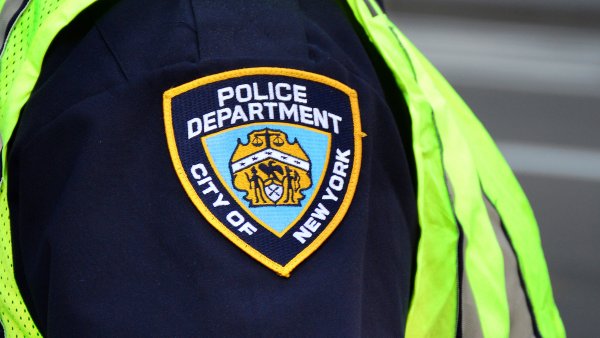 Shortly after the I-Team requested those files, unions representing police and firefighters sued to block the records release, arguing their members’ privacy or even safety could be in danger if members of the public had that information. They also argued the 50(A) repeal was too broad, mandating even unsubstantiated allegations of misconduct be made public.

“That information can be used to destroy careers of people. It may put them at risk in many cases,” said Hank Scheinkopf, a spokesman for the coalition of public safety unions fighting to keep the files secret.

On Tuesday, a panel of federal judges ruled against the unions, upholding a lower court’s order to release the records.

“We fully and unequivocally respect the dangers and risks police officers face every day,” the judges wrote, “[but] we note again that many other States make similar misconduct records at least partially available to the public without any evidence of a resulting increase in danger to police officers.”

The court decision was hailed by activists, who took to the streets over the summer demanding police reform and transparency.

Aaron Ross, a protester who says he was rammed by an NYPD vehicle during a May demonstration, hopes the ruling finally gives him access to personnel files for the police officers behind the wheel. The incident was captured on video and went viral on social media.

Eliminating the law, known as Section 50-a, would make complaints against officers, as well as transcripts and final dispositions of disciplinary proceedings, public for the first time in decades. NBC New York's Myles Miller reports.

With the help of attorney Nora Marino, Ross filed a police brutality complaint against the NYPD. The police agency is fighting suit.

“You just cannot take a vehicle and barrel it through a crowd of people, especially when you are the authoritative presence on the scene. You have to find another way,” Marino said.

Despite the federal court order upholding the 50(A) repeal, the NYPD didn’t immediately signal whether it would provide records sought by the I-Team back in June. When asked about the eight-month-old FOIL request, seeking discipline files for just shy of 100 cops, an NYPD spokesperson referred the I-Team to the New York City Law Department, which represents the city in legal actions.. An email to the Law Department wasn’t immediately returned.

Mayor Bill de Blasio offered more details when he was asked about when disciplinary records would be forthcoming.

“My goal is to start releasing data quickly, “ de Blasio said. “I’d like to see us as early as next week begin to release data so long as it conforms with the specifics of the Court’s ruling.”

de Blasio suggested releasing the disciplinary files will ultimately result in more trust in the NYPD. Some of those police reform activists suggested the content of those files may have the opposite effect.

“They will show that police are responding to things they should not be. That they are using excessive force. That many repeat offenders of abuse and rights violation,” said Monifa Bandele, who sits on the Board of Communities United for Police Reform.

“If anything can push forward ‘Defund the Police,’ it will be the very records of the NYPD members,” she said.