It should be stated upfront that I scare incredibly easily. I’m the sort of person who loudly screams during horror films even when the action may not be that scary -- who still jumps when he sees a rat on the subway tracks. And yes, I sleep with a nightlight, thank you very much.

It shouldn’t surprise you, then, that I did a whole lot of screaming while walking through “Nightmare,” the famed interactive Halloween attraction now in the midst of its annual run at the Clemente Center on the Lower East Side. But the scares are so incredibly well-done that even the biggest horror buffs will be jumping in fear.

Now celebrating its 11th season, “Nightmare” is the longest running Halloween attraction in the city, and the second largest Halloween event next to the Halloween Parade. Each year, creator and co-director Timothy Haskell and co-director John Harlacher choose a new theme to build the show's scares around, fully constructing a new experience to scare the life out of you.

While past themes include fairy tales gone wrong and notorious killers, this year, Haskell and Harlacher have chosen something a little close to home: New York City. The haunted house takes you through a chronological timeline of NYC's most terrifying urban legends — from the Native American settlers who cursed the island of Mannahattan, to the super-sized rats created by Sandy. 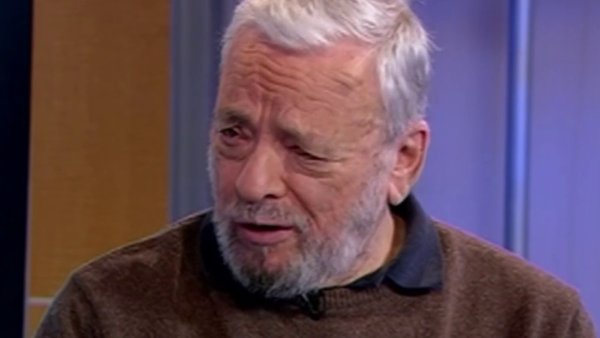 It’s a historical tour of NYC unlike any other that you’ll ever take, that’s for sure. And along the way, you’ll meet some frightening residents of the city’s past. Like Mary Mallon, a cook who infected 53 people with typhoid fever over the course of her career (you may know her as Typhoid Mary). Or Cropsey, the escaped mental patient on Staten Island who would snatch small children in the night.

You’ll also visit some of NYC’s most haunted locales. Like Brooklyn’s Melrose Hall, long-rumored to be haunted by the spirit of an Iroquois girl who was held hostage there by a colonel during the American Revolution. And The Dakota, a co-op on the Upper West Side where John Lennon was murdered and supposedly haunts the building. (Trust: he’s not just singing “Imagine” over and over again).

The entire time, you navigate the 13-section haunted house in a small isolated group, meandering through the cramped rooms and uneven spaces. The darkness is disillusioning -- the various strobe lights even more so -- and the sounds of screams from the groups behind you and in front of you only add to the feeling of paranoia. It’s like one big anxiety attack, with no Klonopin in sight.

But it’s the 38 actors employed at “Nightmare” who give the attraction its main bite. This highly-trained team gives you truly committed performances, designed to get the most out of each scare. Nothing feels forced or out-of-place. These artists know what they’re doing, and they’re not afraid to get in your face to bring your worst fears to life.

For me, the most terrifying interactions were the ones that felt all too real. Mole people and mental patients are scary and everything, but walking into a recreated 1980s subway car and meeting a drug-addicted resident with a gun and a bad temper? That’s the stuff nightmares are really made of. And as someone who grew up taking the subway in the 1980s, that’s one walk down memory lane I didn’t want to take.

“Nightmare” also offers a premium version of the attraction, for those of you who are brave enough to handle the extra scares. You’ll be marked with a blood-red X on your face, which will signal performers to turn up the terror. This scaredy-cat didn’t go for that experience, so if you’re looking for that review, look to some other poor journalist. Meanwhile, I’ll be curled up in a ball, wishing my nightmares about “Nightmare” would somehow stop.