Kyoko Ishikawa, who has traveled to every summer games since the 1990s, has not given up on her usual flag-waving fervor

The Tokyo Olympics may have none of the cosmopolitan excitement usually brought to the games by people from all over the world cheering in different languages and waving colorful flags, but super-fan Kyoko Ishikawa has made plans to build the buzz regardless.

With the coronavirus pandemic raging for over a year and no end yet in sight, overseas as well as domestic spectators are barred in principle from the Tokyo Olympics, which formally opened July 23.

Still, Ishikawa, who has traveled to every summer games since the 1990s, has not given up on her usual flag-waving fervor -- in fact, with an eye on the future, she has set herself the "mission" of finding out how to bring an Olympics to life for fans when a health emergency like the current pandemic keeps spectators away.

"I decided to turn my home into the ultimate Olympic venue," said Ishikawa, wearing the garb with which she has cheered on Olympics athletes ever since traveling to Barcelona in 1992 -- a Japanese traditional festival costume and a headband with "victory" written in Kanji characters.

Her eyes glued to a large TV screen, Ishikawa, 51, blows a whistle and waves a Japanese traditional foldable fan to cheer on athletes who themselves have had to overcome numerous obstacles stemming from the pandemic to participate in the games. Two other smaller screens, meanwhile, also show events.

She has hung world flag pennants from the ceiling and put up photos of all the venues for the games on the wall while also displaying dozens of souvenirs such as T-shirts and badges from previous Olympics.

She even put up a gigantic timetable of the games on the wall of her dining room to make sure she does not miss any opportunities to watch top athletes competing in Tokyo and venues in some other parts of Japan.

The president of an IT firm, Ishikawa, meanwhile, has linked up via internet video and social media services to cheer together with other fans in and outside the country to try to replicate the atmosphere she has always found at the quadrennial sporting showpiece.

Ahead of the opening of the Olympics, she created a Facebook page in English for fans to communicate and watch games together.

She also opened a website that shows how to say "hello," "thank you" and "see you again" in over 200 countries and regions with an audio assist, to facilitate communication and cultural exchanges.

"Usually, the Olympics are the only events in the world where people from more than 200 countries and regions gather in one city," she said. "I was, of course, disappointed to hear no spectators were allowed in most of the venues for the Tokyo Olympics, but I've now found a lot of advantages in watching the games at home."

This year's Olympics in Tokyo, Japan are going to be different, with fewer spectators, restrictions on shouting and a more socially distanced torch relay. But the joy of the celebration is much needed after the world weathered a frightening pandemic, Keir Simmons, senior international correspondent for TODAY, explains.

On the first weekend of the Olympics, she watched several events such as skateboarding and judo. When the Japanese men's soccer team played against Mexico later in the day, Ishikawa put up a large flag of Mexico in her living room and prepared Mexican food for dinner to ensure a festive atmosphere.

It was part of what she calls the "virtual overseas trips" she takes in her Olympic-themed room in which she looks up the history, landmarks and other information about competing countries online, and eats their signature dishes.

"You can watch more games on TV at home than you can watch at venues because you don't need to move around the city just to get to the location. That is one of the good things about being at home," she said.

Ishikawa's first Olympic experience in 1992 came when she was traveling Europe as a backpacking student with a small budget. Luckily, she managed to buy a ticket to the opening ceremony of the Barcelona Olympics at a very cheap price from a local man.

She said the experience changed her life, as she met many people from different countries through the games and learned a lot about various cultures.

In Spain, she also met the late Naotoshi Yamada, another Olympic enthusiast who was known in Japan as "Uncle Olympics," and served as his "deputy" from then until he died in 2019 at the age of 92. 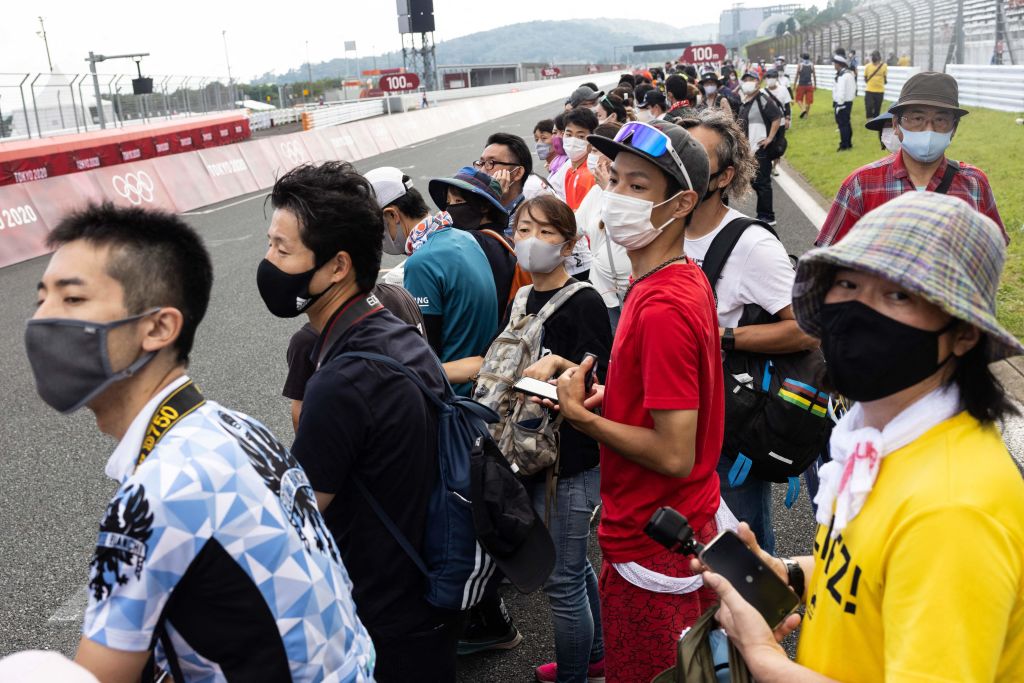 Sneaking a Peek: Fans Find Creative Ways to Catch a Glimpse of the Tokyo Olympics 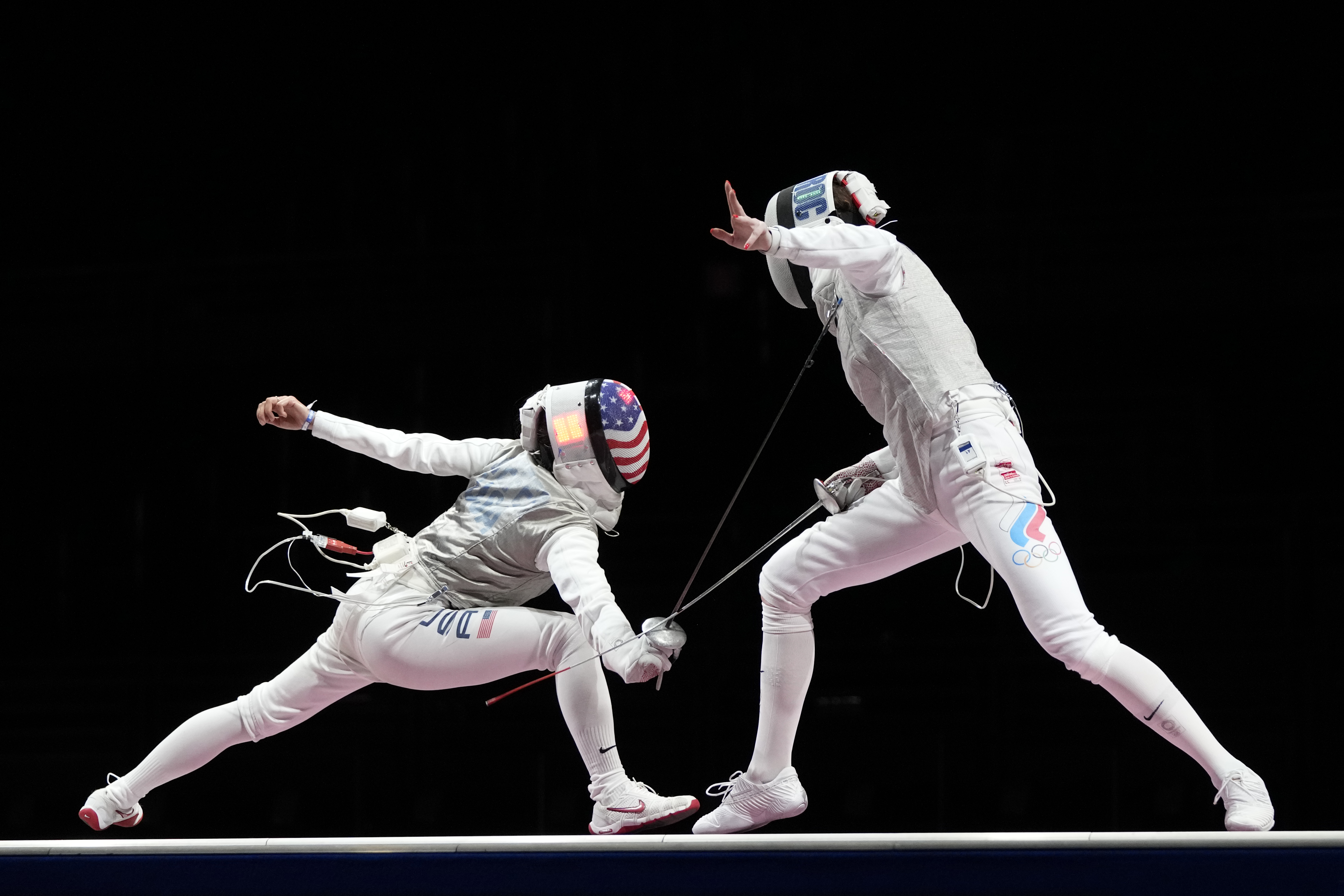 I'm Not Into Sports. So Why Am I Hooked on the Olympics?

Ishikawa said, "If Mr. Yamada was alive today, he would say that the Olympics unite the world as one even under the difficult circumstances stemming from the coronavirus."

"I think it's my mission, as a fellow super-fan, to find new ways to support the Olympics in the face of the pandemic," she said.

Looking ahead, she said the Tokyo Games, which opened after an unprecedented one-year postponement because of the coronavirus, could serve as a "turning point" in the history of the Olympics, as she has proved in her own case with her innovative way of remaining a super-fan.

"Right now, it is about the coronavirus, but it could be another virus or other unprecedented problems that might threaten the existence of Olympics in the future," she said.

"In that sense, I'm hoping that this year's games could be a symbol for high spirits as well as a turning point for the evolution of the Olympics for a better future."