EXPLAINER: What Happens When Olympics and Politics Collide?

When the world meets for sports, politics is always there

For all the International Olympic Committee talks of staying neutral, its games have long proven to be essentially and sometimes overtly political — for the Games overall, and often for the athletes who are intended to entertain the world in a two-week global show.

Case in point: diplomatic eruptions. Hundreds of athletes have come to an Olympic Games and never returned to the home nation they represented in the pool, on the mat or on the track. Their stories since 1948, when the Olympics resumed in London after a wartime pause, confirm that when the world meets for sports, politics is always there.

The sprinter from Belarus, Krystsina Tsimanouskaya, who left Tokyo early Wednesday to seek refuge, fits into that long tradition — yet with a unique reason. 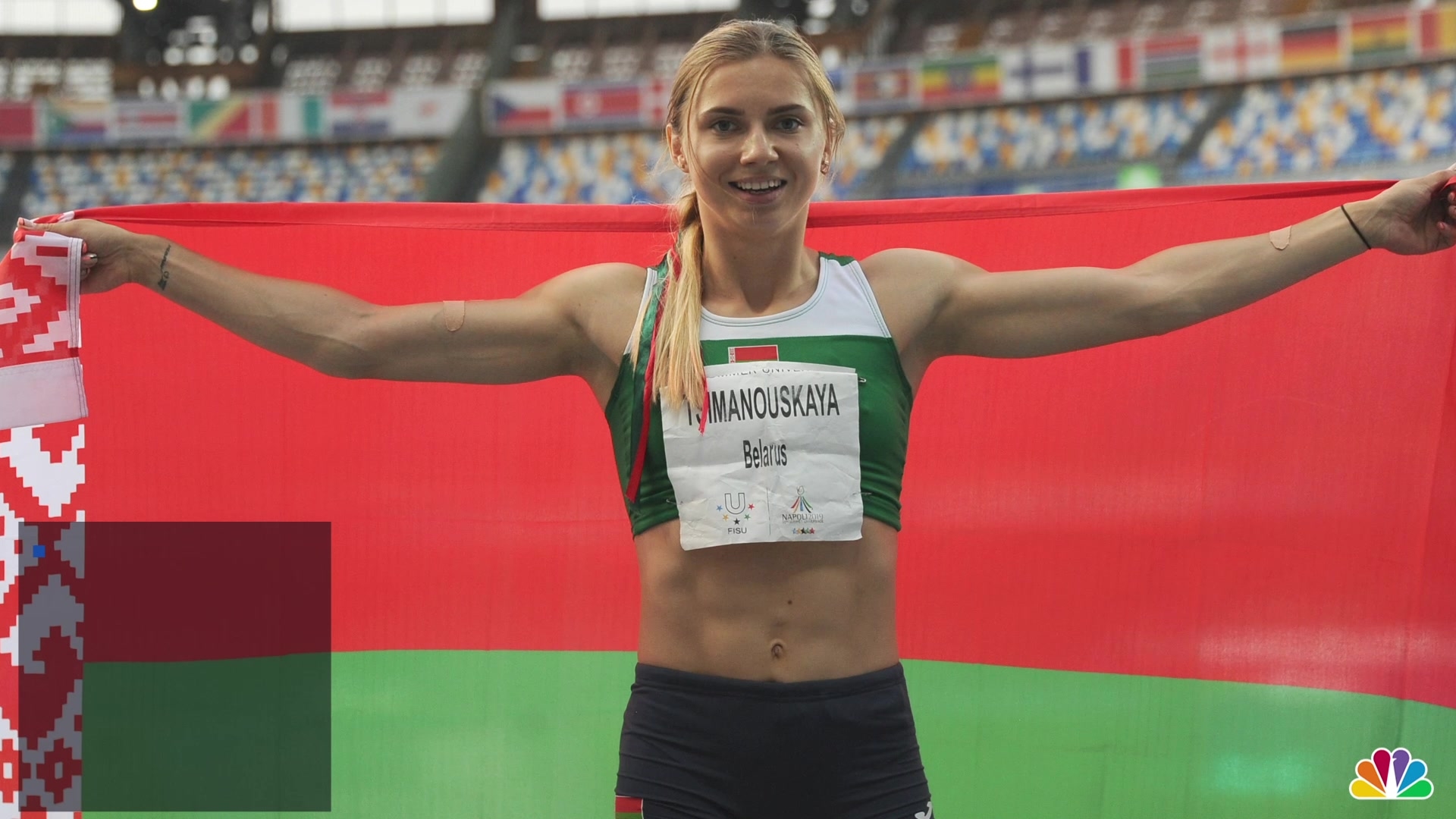 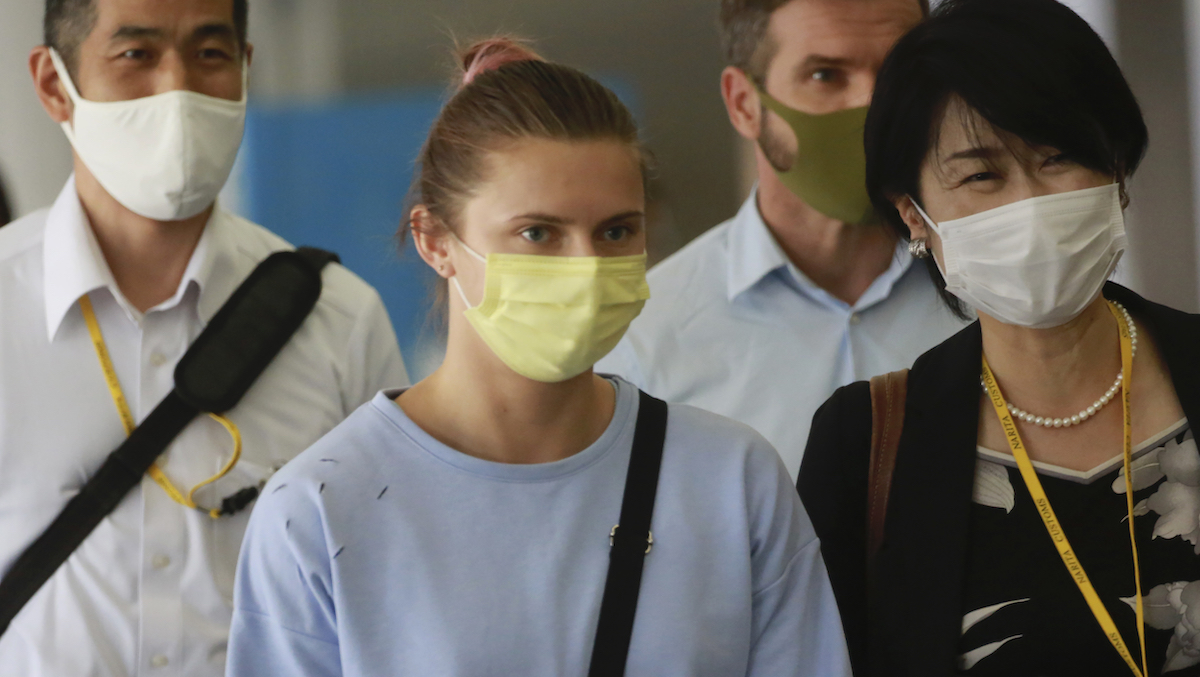 Olympic Sprinter Who Refused to Return to Belarus Lands in Vienna Most athletes who defected competed under a kind of flag of convenience – traveling to the Summer Games from eastern Europe with a plan to head west. The Olympics offered escape from authoritarian regimes at home, and at no time more than the peak of the Cold War.

After the 1972 Munich Olympics, more than 100 athletes stayed in West Germany to first seek refuge before, in many cases, moving on to make lives in democratically run countries. Those whose plans succeeded have cited varied reasons — political ideology, the prospect of a more peaceful life or simply the chance to achieve their true value as an athlete.

Tsimanouskaya had no plans of escape upon arriving in Japan from Belarus, a country in turmoil for a year since the disputed re-election of authoritarian president Alexander Lukashenko. She disagreed with her coaches about team selection for relay races and shared her thoughts on social media. That made her a pariah in Belarus, where dissent can be life-threatening.

But she leaves having authored a page in a storied Olympic history. What other Olympians have been caught at the intersection of sport and diplomacy?

Born Oszkar Csuvik in Hungary, he helped the national team take silver in London. He defected to stay in Britain and avoid returning to communist rule in his home country. Two years later, he migrated to Australia and coached its team at the 1952 Helsinki Olympics.

The Olympics came to Australia in 1956, opening in Melbourne three weeks after Soviet Union forces invaded Hungary to crush a people’s uprising. Charles worked there as a radio commentator and was poolside for the storied “Blood in the Water” water polo game in which Hungary beat the Soviet team 4-0 in a famously violent clash.

Charles “was only just restrained from jumping into the pool,” according to an Australian newspaper obituary in 2008.

Held in the Southern hemisphere summer, the Melbourne Olympics opened on Nov. 22, 1956. Hungary sent more than 100 athletes from a nation in turmoil after Soviet forces invaded — including gymnastics great Ágnes Keleti, who won gold medals and two silvers and proceeded to defect to Australia.

She joined dozens of eastern European athletes who refused to go home. The United States authorized taking in at least 40 Olympic athletes, including 35 from the Hungary team at Melbourne.

Keleti went to Israel, where she lived until six years ago. Now in Hungary, she turned 100 in January and is the oldest living Olympic champion.

Defecting in the United States was an attractive prospect. Atlanta offered an opportunity.

Iraq’s flag bearer at the opening ceremony, Raed Ahmed, fled the Olympic Village after competing in weightlifting. He wanted to escape the regime of Saddam Hussein.

Pitcher Rolando Arrojo helped Cuba win baseball gold at the 1992 Barcelona Olympics and was preparing to help defend its title. He eluded team security in a Georgia hotel and was soon branded a “Judas” by Cuban president Fidel Castro. Just two years later, as a Tampa Bay Devil Ray, he was an MLB all-star.

Ayouba-Ali Sihame was the only swimmer representing the African island of Comoros in London. Then 17, she left the Olympic Village after competing in the 100 meters freestyle.

She later said she feared going home and being sold by her family into a forced marriage with a much older man. She claimed her family wanted to cash in on her Olympic celebrity.

Those details emerged in an English court in 2013 where she was convicted for using a false passport to try to enter France. Her lawyers said she would seek asylum after serving her jail sentence, having not realized she could apply legally while at the Olympics.

Several African athletes also disappeared in Britain while they had six-month Olympic visas.