From an epic night of track and field to a must-see soccer semifinals match for the U.S. women's national soccer team and more gymnastics action, there's plenty to watch on Day 10

There is no shortage of must-see action on Day 10 of the Tokyo Olympics. The U.S. women's national soccer team lost its semifinal bid against Canada to get to the gold medal match, while Jade Carey won gold in the individual floor routine.

The U.S. women's basketball team put their 51-game win streak on the line against France, while track and field is sure to feature some big moments from the fastest woman in the world and New Jersey's own Sydney McLaughlin, world record holder in the 400m hurdles and could face a fellow American in the finals.

Without further ado, here are our 4 to Watch on Day 10:

Megan Rapinoe scored the final goal, keeping the USWNT on course as they aim to become the first team to take home gold directly after winning the World Cup.

The United States women's soccer team was the better squad in its semifinals match, but it was Canada that came out on top on the scoreboard 1-0.

Canada’s Jessica Fleming capitalized on a penalty kick opportunity to give Canada the win over the U.S.

After a video review, it was determined Fleming was fouled in the box by Tierna Davidson and was given the chance to score the first goal of the game. Goalkeeper Adrianna Franch read it the right way, but the shot was too far away from her outstretched arms to save.

Carli Lloyd was inches away from tying the game, as she rang the crossbar in the 85th minute with a header. But the U.S. could not find the equalizer as Canada defeated the Americans for the first time in over 20 years.

Franch entered the game after Alyssa Naeher exited the match in the first half. Naeher appeared to land awkwardly on her right leg going up to deflect the ball off of a Canada corner kick.

After a long break where Naeher was attended to by trainers, Naeher tried to remain in the game, but was taken out shortly at the 30-minute mark.

Sydney McLaughlin and Dalilah Muhammad headline a gourd of x women who advanced to the women’s 400m hurdles semifinals.

Another action-packed day of Olympic track and field kicked off Sunday with a first session highlighted by two finals: men’s long jump and women’s 100m hurdles.

Juvaughn Harrison hoped to bring Team USA a gold medal in long jump after finishing fifth in the qualifying round. The jumper briefly held the bronze position but ultimately finished fifth, falling short of delivering the United States a back-to-back gold medal after Rio.

Two Americans advance in men's hammer throw, while three women from Team USA move on in the 1500m and 200m. Jamaica’s Elaine Thompson-Herah, fresh off setting an Olympic record in the women’s 100m, also qualified for the next 200m run.

The second session started early Monday and features three finals: the women’s discus throw, men’s 3000m steeplechase and women’s 5000m. Valarie Allman will try to be the first American woman to medal in discus since 2008. The competition was suspended as heavy rain poured down at Tokyo's Olympic Stadium.

Hillary Bor gives the U.S. its best chance at a medal in steeplechase, while Elise Cranny, Karissa Schweizer and Rachel Schneider will represent Team USA in the women’s 5000m.

The second session also includes action in the women’s pole vault, women’s 200m, men’s 400m and women’s 400m hurdles. World record holder and New Jersey's own Sydney McLaughlin and Dalilah Muhammad from New York City were in separate women’s 400m semifinals and both surged to first place with just a 0.27-second difference in their times. They will head to a must-watch final late Monday night. American Anna Cockrell also qualified for the final.

In the men's 400m semifinals, Michael Norman and NYC's own Michael Cherry will head to the finals.

MORE: Race to be the fastest man in the world ends in huge surprise

The 2020 Tokyo Olympics may be Jade Carey’s first Olympics Games, but she’s already a star in the gymnastics world. Here are five things to know about the U.S. athlete who is filling in for Simone Biles in the women’s gymnastics all-around.

The result was far and away Carey's best at the Olympics. She finished in eighth place in each of her previous two finals, the individual all-around and vault.

Brazil's Rebeca Andrade came in fifth a day after becoming her country's first ever female Olympic gold medalist gymnastic with a win in Monday's vault final.

Simone Biles, who finished second in the floor routine during qualifying, will return to compete Tuesday with Suni Lee in the women's balance beam final after exiting the team final last week. 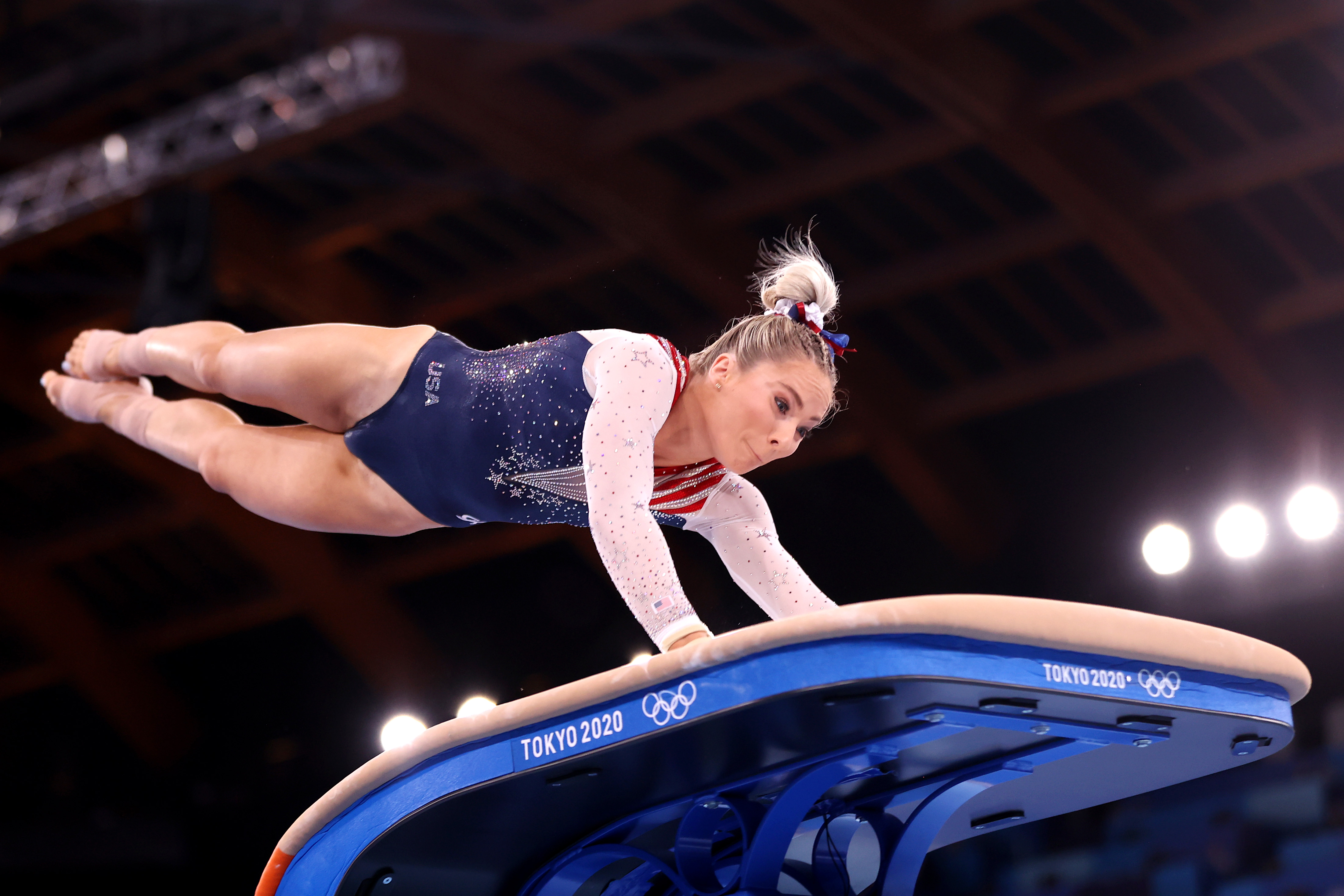 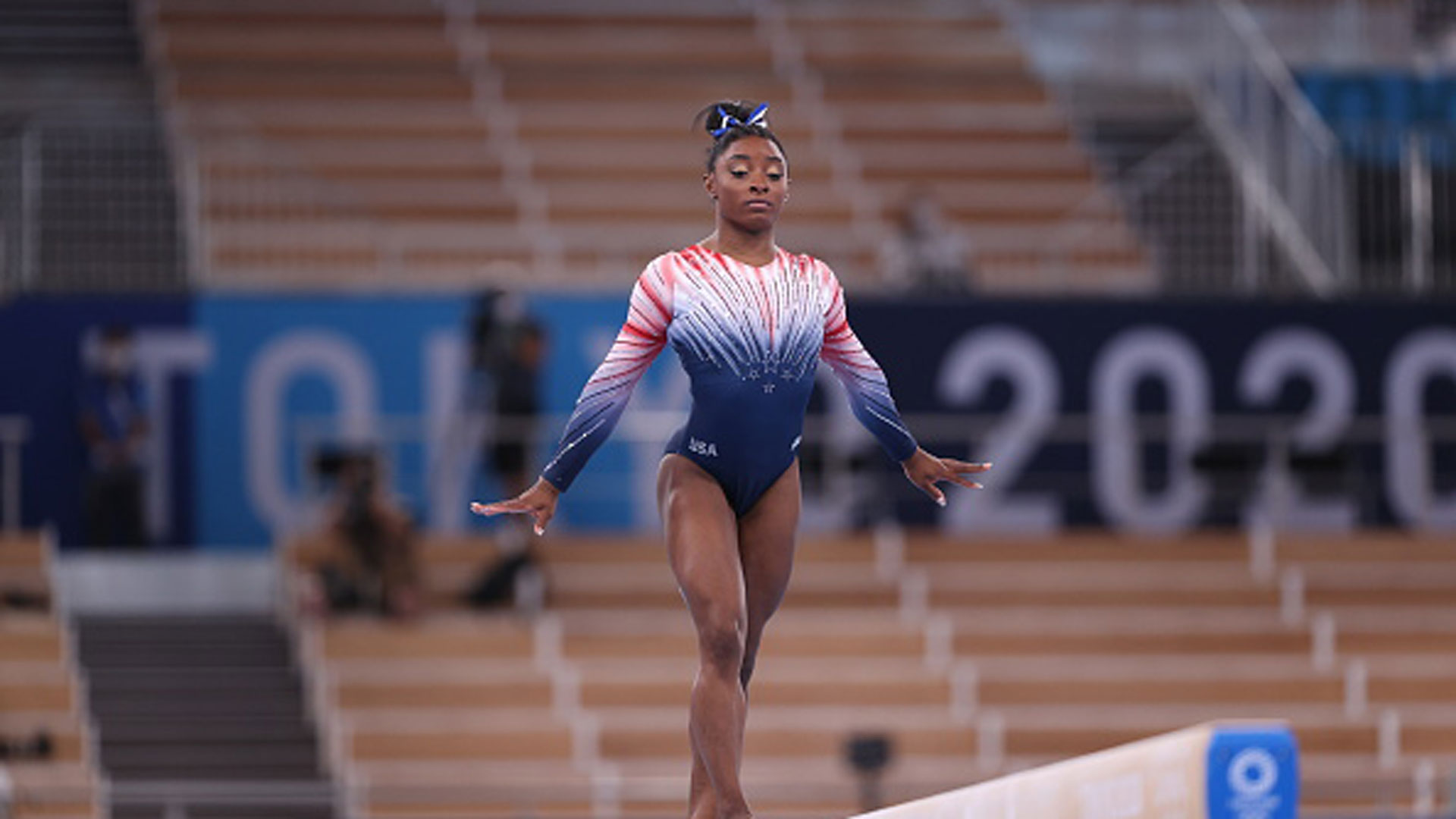 The U.S. women’s basketball team continued Olympic dominance in Tokyo, extending a 51-game win streak that dates back to the 1992 Barcelona Games.

The U.S. got off to a slow start in the first quarter and was down 22-19 at the end of the first. However, Team USA was able to go on a run and come back to take the lead at halftime, 50-44.

France led an inspired comeback in the third quarter, making it a one-point game with almost eight minutes left in the fourth quarter. But the U.S. was able to withstand France's run thanks to five points from Chelsea Gray to ultimately walk away with another win on Monday.

A'ja Wilson, who entered the game averaging a double-double, scored 22 points and added three assists. Wilson has been the team’s top performer and averaged 19.5 points and 11.5 rebounds through the first two games.

Seattle Storm teammates Sue Bird (the Long Island native chosen as one of two flag bearers for Team USA at the Opening Ceremony) and Breanna Stewart have also put on showcases through two group games.