The three-time Olympic medalist skied out of her second straight race, this time in the women’s slalom.

Shiffrin was the seventh skier to go in Tuesday’s competition, and she missed an early gate. She also crashed out and missed a gate during her first Olympic run during the women’s giant slalom, an event where she won gold at the 2018 PyeongChang Games.

She remained seated to the side of the slalom course as competition continued.

“I think I just slipped,” an emotional Shiffrin said. “I mean, I had every intention to go full gas, and there wasn’t really space in the course to, I don’t know, to slip even, not even a little. I didn’t give myself space for that. In my experience, that mentality has brought my best skiing. Today I went out on the fifth gate. So yeah.

“Makes me second-guess, like, the last 15 years, everything I thought I knew about my own skiing, and slalom, and racing mentality. Just processing a lot for sure.”

Even with Shiffrin's shocking exit, there will be a new Olympic champion in the women’s slalom. Sweden’s Frida Hansdotter, the 2018 winner, retired from competition, leaving Switzerland’s Wendy Holdener and Austria’s Katharina Gallhuber as the only racers looking for consecutive medals in the event. 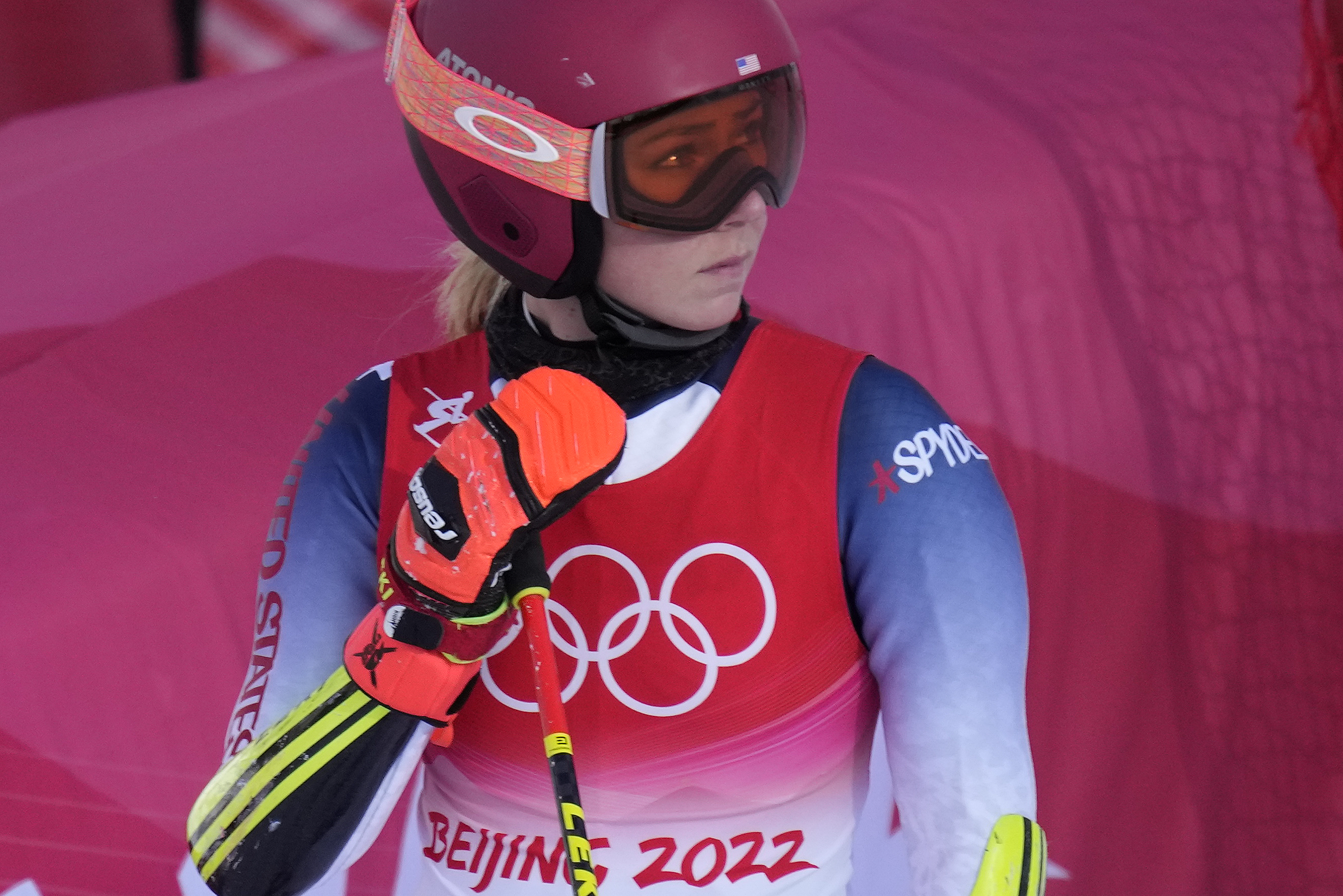 Mikaela Shiffrin Reveals Why Father's Death Made Her Contemplate Quitting

Shiffrin earned gold in the women’s slalom as an 18-year-old during the 2014 Sochi Olympics. She was unable to defend her Olympic title in the event and just missed out on the 2018 podium, finishing fourth with a combined time just .08 seconds behind Gallhuber’s.

Three more U.S. competitors are set to hit the slopes. Paula Moltzan will be the 13th skier, Katie Hensien will go 40th and AJ Hurt will go 47th.

The second run for the women’s slalom is set to begin at 12:45 a.m. ET on Wednesday, though Shiffrin will not be making an impact.

Shiffrin had previously stated that she plans to enter all five individual alpine events at the 2022 Winter Olympics. The next one on the schedule is the women's super-G on Thursday.