The addition of ranked choice voting for the NYC primaries is already leading to some previously unorthodox joint appearances from rival candidates, hoping to secure some second or third place votes that could put them over the top in a potentially close contest

With only three months before the New York City mayoral primaries in June, there is an early picture of the front-runners in the races — and time is quickly running out for those looking to gain ground.

After entering the race a little later than his fellow candidates and jolting the dynamics of the city's mayoral race, Andrew Yang has found himself leading in early polls based on name recognition. On Monday, participated in what may become a new trend among candidates thanks to a change in how voters choose the next mayor.

He appeared side-by-side with Democratic opponent Kathryn Garcia, the former sanitation commissioner for the city. The outing comes just four days after he was alongside another candidate, Maya Wiley, who is set to receive nearly $2 million in public funds for her campaign from the NYC Campaign Finance Board. She is eligible for receiving that money after meeting fundraising thresholds from communities and voters living in the city, and comes after scoring a big union endorsement from the 1199 SEIU union of health care workers, giving her a leg up on many of the other candidates. 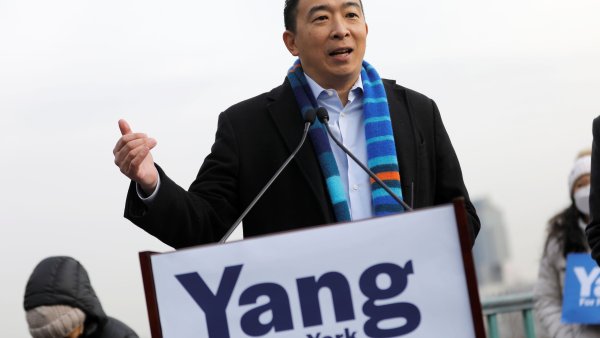 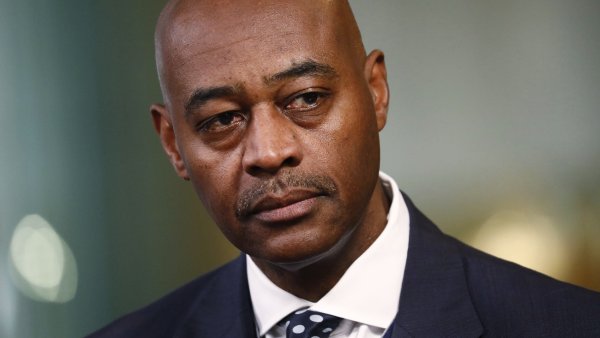 The reason behind the joint showings is likely tied to the new ranked choice voting in effect for the primary. For the first time, voters will get to pick their top choices from the large field of candidates — with the candidate who gets the most second-place votes possibly securing a victory if it comes down to a close contest.

While Yang said that he thinks Garcia, who shared with him her idea to cut red tape for small businesses, would be his second or third choice — after himself, of course. She didn't promise to return the favor, however.

"I have not made a decision on my second choice yet," Garcia said.

In the latest payments from the Campaign Finance Board Monday, both City Comptroller Scott Stringer and Brooklyn Borough President Eric Adams also received payments, adding to their already sizable war chest as the race heats up.

The city's freelancers union is endorsing not one but two candidates for mayor. Gilma Avalos reports.

Similar to Wiley, Adams also scored some powerful union endorsements earlier in March. The 32BJ SEUI, which represents private-sector building service workers, and the Hotel Trades Council have both come out in support of Adams. Stringer meanwhile has the support of the Building and Construction Trades Council.

Also in contention are former Obama HUD Secretary Shawn Donovan, anti-poverty advocate Diane Morales and former Citibank executive Ray Maguire, who has opted out of public financing for his campaign. Instead, he has raised big bucks from Wall Street and other investors.

Aside from Maguire, the others in the race are aiming for what is known as public matching funds. In that program from the city's Campaign Finance Board, for every $1 a candidate raises, the CFB matches up to $8. That means that $250,000 in fundraising becomes $2 million to spend on a campaign.

Thus far, only Wiley, Adams and Stringer have qualified to receive those funds. The deadline to meet the thresholds is Monday night.

Yang said Monday that his campaign "qualified for public matching funds faster than any campaign in mayoral history." Garcia said both she and Yang are "well over the threshold" to receive funds.

While money may not a a paramount concern for some of the campaigns, time certainly should be. The primary — typically not held until September — is three months and a week away from Tuesday, with the drama unfolding amid an economic crisis and an urgently important vaccine rollout.

On the Republican side, livery drivers advocate Fernando Mateo is squaring off against outspoken Guardian Angels Founder Curtis Sliwa, who entered the race on Monday. He is running on an anti-crime platform, telling a small crowd of supporters near Penn Station that "we gotta take back this city."

He said his plans include restoring the $1 billion in cuts to the NYPD budget, cleaning up the subway and bringing business and tourism back to the city. He also called on all 40 of the mayoral candidates to sign onto a letter demanding the resignation of Gov. Andrew Cuomo, as he faces multiple scandals concerning both workplace behavior toward women and COVID death numbers in nursing homes.