A look at his claims over the weekend, also covering the economy

President Donald Trump is wrongly casting blame on governors and the Obama administration for shortages in coronavirus testing and declaring victory over what he calls relatively low death rates in the U.S. That's too soon to tell.

A look at his claims over the weekend, also covering the economy:

THE FACTS: Trump's assertion that governors are not using already available testing capacity is contradicted by one of his top health advisers. He’s also wrong that Democrats are the only ones expressing concerns about the adequacy of COVID-19 testing; several Republican governors also point to problems.

Dr. Anthony Fauci, the federal government’s top infectious disease expert, told The Associated Press that the U.S. does not yet have the critical testing and tracing procedures needed to begin reopening the nation’s economy.

“We have to have something in place that is efficient and that we can rely on, and we’re not there yet,” Fauci, a member of the White House’s coronavirus task force, said Tuesday. 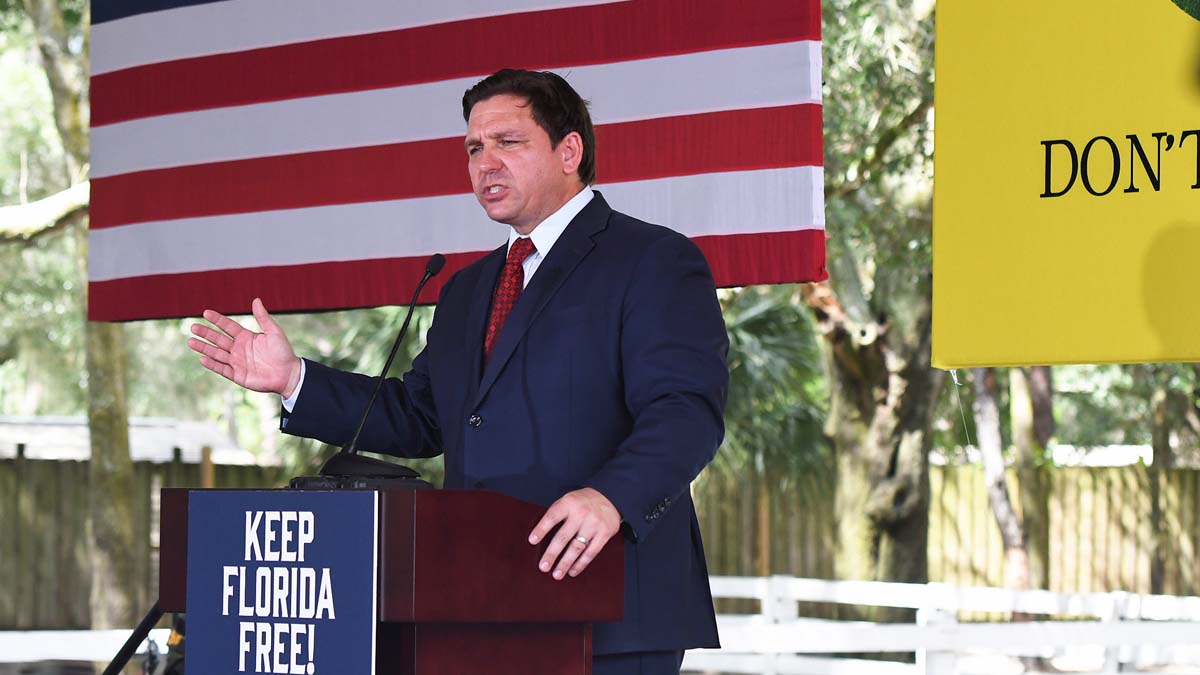 Among Fauci’s top concerns: that there will be new outbreaks in locations where social distancing has eased, but public health officials don’t yet have the capabilities to rapidly test for the virus, isolate any new cases and track down everyone that an infected person came into contact with.

His concerns are echoed by several Republicans.

Wyoming Gov. Mark Gordon, a Republican, on Friday said his state’s testing capacity was inadequate and urged a larger role for the federal government.

He said states have been competing with each other to try to get more testing supplies, a process he described as “a slog.”

“It’s a perilous set of circumstances trying to figure out how to make this work, and until we’ve got the testing up to speed — which has got to be part of the federal government stepping in and helping — we’re just not going to be there.”

Ohio Gov. Mike DeWine, a Republican, plans to keep applying pressure on the Food and Drug Administration to address the rationing of a key component that is necessary to produce tests. He said full testing capacity can’t be reached unless it is more widely distributed.

Republican Maryland Gov. Larry Hogan on Sunday called the lack of virus testing “probably the number one problem in America, and has been from the beginning of this crisis."

“And I can tell you, I talk to governors on both sides of the aisle nearly every single day,” he said on CNN's “State of the Union.” “The administration, I think, is trying to ramp up testing, and trying — they are doing some things with respect to private labs. But to try to push this off to say that the governors have plenty of testing, and they should just get to work on testing, somehow we aren’t doing our job, is just absolutely false. ”

TRUMP: “Some partisan voices are attempting to politicize the issue of testing, which they shouldn’t be doing, because I inherited broken junk.” — news briefing Saturday.

THE FACTS: His repeated insistence that the Obama administration is to blame for initial delays in testing is wrong. The novel coronavirus did not exist until late last year, so there was no test to inherit.

The Centers for Disease Control and Prevention instead struggled to develop its own test for the coronavirus in January, later discovering problems in its kits sent to state and county public health labs in early February.

It took the CDC more than two weeks to come up with a fix to the test kits, leading to delays in diagnoses through February, a critical month when the virus took root in the U.S. Not until Feb. 29 did the FDA decide to allow labs to develop and use their own coronavirus diagnostic tests before the agency reviews them, speeding up the supply. Previously, the FDA had only authorized use of a government test developed by the CDC.

Meantime the U.S. bypassed a test that the World Health Organization quickly made available internationally. Trump has said that test was flawed; it wasn’t.

TRUMP: “The United States has produced dramatically better health outcomes than any other country. ... On a per capita basis, our mortality rate is far lower than other nations of Western Europe, with the lone exception of possibly Germany. ...You hear we have more death. But we’re a much bigger country than any of those countries by far.“ — news briefing Saturday.

THE FACTS: His suggestion that the U.S. response to the coronavirus has been better than many other countries’ because its mortality rate is “far lower” is unsupported and misleading.

In each country, for instance, the age and overall health of the population are important factors. Many countries in western Europe such as Italy have an older population than the U.S., and seniors are at an especially high risk of death from COVID-19.

Beyond age, underlying health conditions increase risk, too. Indeed, an AP analysis of available state and local data found nearly one-third of U.S. deaths are among African Americans, with black people representing about 14% of the population in the areas covered in the analysis. Health conditions such as obesity, diabetes and asthma are more common in the black community.

But more broadly, it’s too early to know the real death rate from COVID-19 in any country. Look at a count kept by Johns Hopkins University, and you can divide the number of recorded deaths with the number of reported cases. The math nevertheless provides a completely unreliable measurement of death rates, and the Johns Hopkins tally is not intended to be that.

First, the count changes every day as new infections and deaths are recorded.

More important, every country is testing differently. Knowing the real denominator, the true number of people who become infected, is key to determining what portion of them die. Some countries, the U.S. among them, have had trouble making enough tests available. When there’s a shortage of tests, the sickest get tested first. Even with a good supply of tests, someone who’s otherwise healthy and has mild symptoms may not be tested and thus go uncounted.

The only way to tell how many went uncounted early on is to do a completely different kind of testing — blood tests of the population to find how many people bear immune system antibodies to the virus, something only now starting in selected places.

TRUMP: “China was supposed to catch us. ... For years, I’ve heard, ‘By 2019, China will catch us.’ There’s only one problem: Trump got elected in 2016. That was a big difference. And we were going leaps and bounds above China.” — news briefing Saturday.

THE FACTS: No matter who got elected in 2016 — Trump or Democrat Hillary Clinton — China’s economy could not have caught up to America’s.

Even if the U.S. economy had not grown at all since 2016, China’s gross domestic product — the broadest measure of economic output — would have had to have surged by 79% in three years to pull even with America’s. That comes to growth of more than 21% a year — something even China’s super-charged economy has never approached.

Before the coronavirus outbreak, the Chinese economy had been slowly narrowing the gap because every year it grows much faster than America’s. In 2019, for example, the International Monetary Fund predicted Chinese GDP to increase 6.2%, more than double the 2.6% growth it expects for the United States. The global pandemic isn't expected to change that trend line: last week, the IMF said the U.S economy will fall 5.9% this year and China’s will manage to grow 1.2%.

That means China has got a long way to go to surpass the U.S., whether Trump is president or not.

EDITOR'S NOTE — A look at the veracity of claims by political figures.