During court arguments, judges did not appear particularly impressed by an argument by Cameron Lee Atkinson, an attorney with the group challenging the state mandate, that Hochul's comments about God were discouraging health care employers from granting religious exemptions

New York Gov. Kathy Hochul has encouraged religious-minded people to get a COVID-19 vaccine by saying it is God's will that they get inoculated.

A lawyer argued before a federal appeals court Wednesday that her comments about God could be encouraging hospitals and nursing homes to ignore court orders that — for now — are supposed to prevent them from punishing workers who won't take the vaccine because of religious objections.

Health care institutions across New York this week began suspending workers who failed to meet a state deadline to get a COVID-19 shot. Statewide, about 92% of hospital and nursing home staff had received at least one dose as of the vaccine as of Wednesday morning, according to figures from Hochul's office. 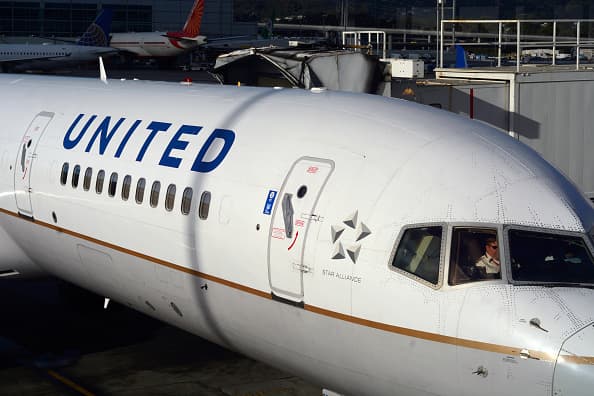 New York's vaccine mandate for health care workers doesn't include a religious exemption, but because of legal challenges, courts have temporarily barred employers from enforcing the mandate against people with a sincerely held religious belief against vaccination.

During court arguments Wednesday, the judges with the 2nd U.S. Circuit Court of Appeals in Manhattan did not appear to be particularly impressed by an argument by Cameron Lee Atkinson, an attorney with We The Patriots USA Inc., a group challenging the state mandate, that Hochul's comments about God were discouraging health care employers from granting religious exemptions.

One of three judges on a panel said Atkinson's claim that Hochul is telling people “that God wants you to get the vaccine” was not the same as ordering employers to fire workers.

Many New York hospital workers who had been on the fence have since gotten inoculated against COVID-19 as the mandate went into effect Monday. But some holdouts remain and they have been suspended without pay. NBC New York's Ida Siegal reports.

Earlier this week, Hochul, who is Roman Catholic, told a gathering of people at the Christian Cultural Center in Brooklyn that God answered prayers and made scientists, doctors and researchers successfully develop the coronavirus vaccine.

Those who are vaccinated are the “smart ones," she said, and added that “you know there’s people out there who aren’t listening to God and what God wants. You know who they are.”

Hurd is scheduled to rule by Oct. 12 on a request for a more permanent order.

Months after the coronavirus vaccines were administered, researchers are looking into how the vaccine affected menstrual cycles. While social media posts and news articles were written with anecdotes from people who experienced irregular periods after receiving the shot, no medical journal had done a study to investigate cause and effect.

The fact that Hurd's temporary order is already in place left the 2nd Circuit questioning Wednesday whether it needed to take action at all. It made no immediate rulings.

The state health department has set up an operations center to monitor health care staffing, and Hochul tweeted Wednesday that “zero health care facilities across the state have been reported closed.”

“Our 24/7 Operations Center is constantly monitoring developments and working with facilities to troubleshoot any issues,” she tweeted. “We stand ready to take additional action as needed.”