Thousands of healthcare workers in New York faced getting vaccinated against COVID-19 or losing their jobs received at least one dose as Gov. Kathy Hochul's statewide mandate neared, according to newly released figures.

More than 650,000 workers at hospitals and nursing homes in the state had until Monday to get their first vaccine dose under the new requirement, sparking fears among administrators that holdouts would create dramatic staff shortages.

Healthcare facilities on Tuesday reported suspensions of unvaccinated employees, and some had scaled back services in anticipation of fewer workers. But they largely appeared to avoid dire staffing shortages so far, according to industry administrators and representatives.

"Right now, services, by and large, are not affected and they remain to be the high-quality level that we have come to expect from our New York hospitals," said Kenneth E. Raske, president of The Greater New York Hospital Association, which represents 140 hospitals and health systems around New York.

Raske said a "substantial influx" of workers received a shot in the last day.

The terminations associated with Hochul's order had already occurred in a number of hospital systms. New York-Presbyterian said its vaccination deadline took effect at 11:59 p.m. on Sept. 22. More than 99% of the system's 48,000 team members got vaccinated in time.

Fewer than 250 chose not to comply and no longer work at NewYork-Presbyterian, hospital officials said Tuesday. Another hospital system, Northwell Health, said a day ago it had fired about two dozen who refused to get vaccinated.

"Northwell regrets losing any employee under such circumstances, but as health care professionals and members of the largest health care provider in the state, we understand our unique responsibility to protect the health of our patients and each other," a Northwell spokesperson said Tuesday. "We owe it to our staff, our patients and the communities we serve to be 100% vaccinated against COVID-19." 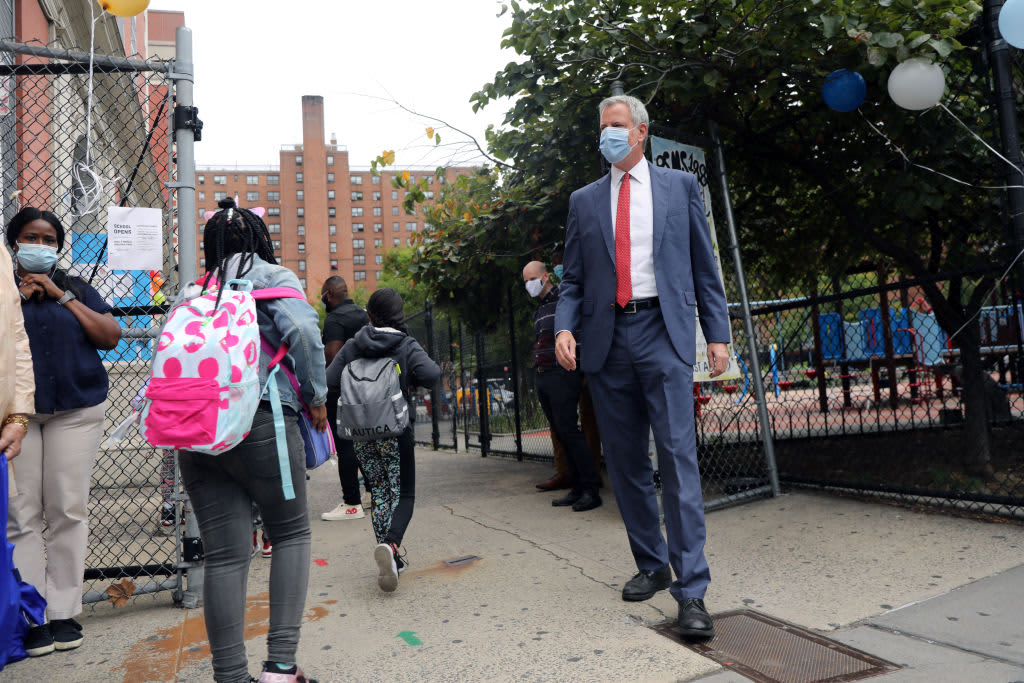 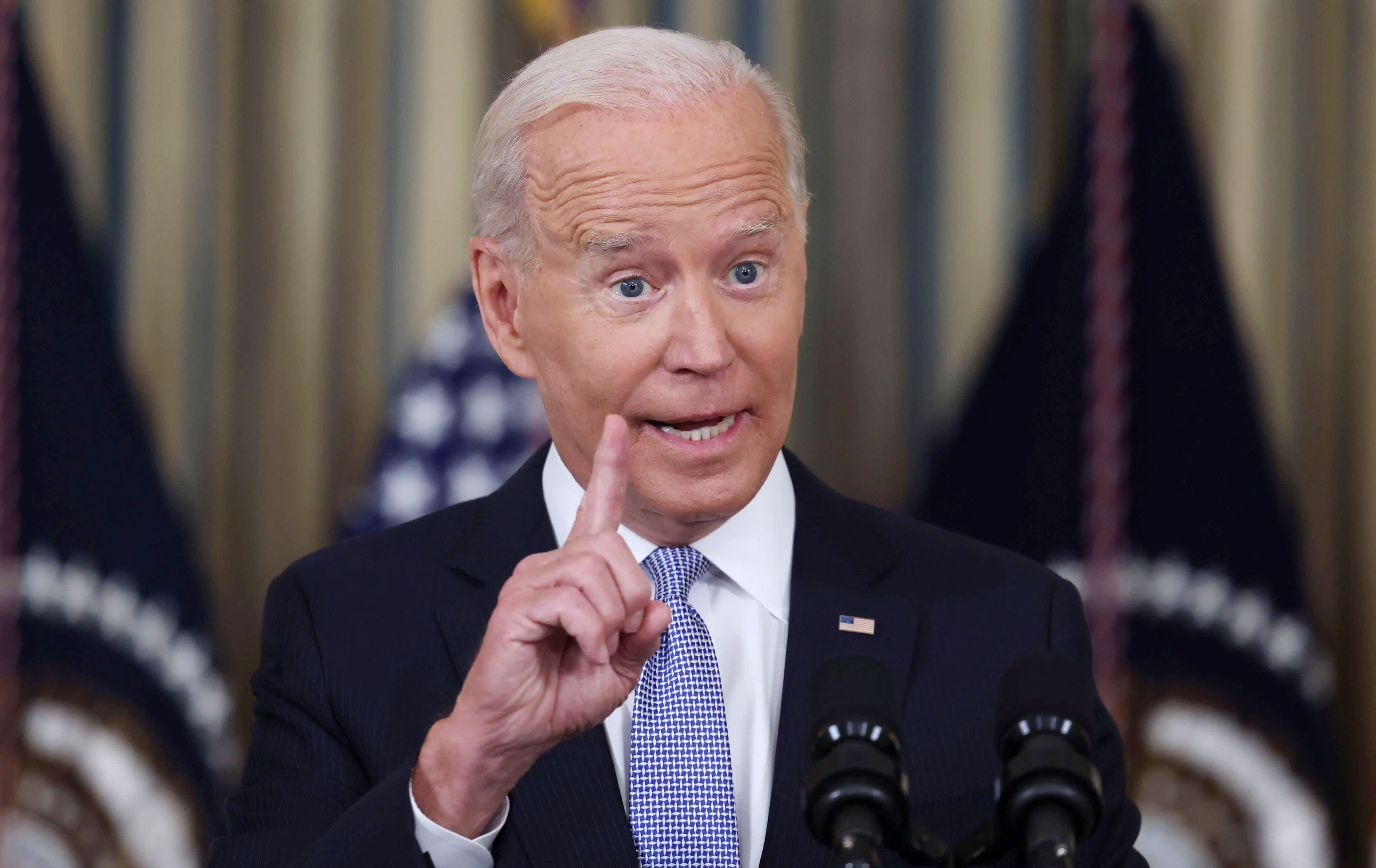 NYC Health + Hospitals, which runs 11 public hospitals across the five boroughs, is taking a bit of a different approach at least to start. Employees who haven't yet been vaccinated have been put on unpaid leave rather than lose their jobs and will be able to return to work once they're in compliance with the mandate, officials said.

To date, more than 91% of NYC Health + Hospital workers are in compliance with the state vaccine mandate, according to President and CEO Dr. Mitchell Katz, who said they brought in 500 nurses to to fill in for nurses who were not on the job after the mandate kicked in. Katz added that both public and private hospitals in the city were fully operational.

“We anticipated that there would be some loss of staff. We knew that no matter what our efforts, some people were not going to get vaccinated, and we planned appropriately,” he said.

“We are thankful to our workforce for their commitment to supporting a safe health care environment in our facilities by getting their COVID-19 vaccine and complying with the state’s mandate," a spokesperson said Tuesday. "We are committed to offering high-quality, comprehensive health care to the more than 1.4 million New Yorkers who rely on our services. All of our hospitals and community health clinics are open for care without interruption."

Healthcare facilities have prepared for mandate-related staff reductions by reducing services like elective surgeries, shifting staff and limiting admissions. People were working overtime at hospitals and nursing homes and some facilities were using staffing agencies to help provide vaccinated workers.

Shot rates are expected to keep seeing a boost. Hochul released figures late Monday showing vaccination rates rising among the state's 450,000 hospital workers and for other healthcare workers. The figures were released as she signed an executive order providing her with expanded powers to alleviate staff shortages.

By Monday evening, 92% of nursing home staff received at least one vaccine dose, up from 82% a week earlier. The percentage of fully vaccinated staff was 85% Monday evening, up a percentage point from Wednesday, according to Hochul.

One nursing home industry representative said employers are reluctant to terminate workers when they are so badly needed.

“Many providers are giving them an unpaid leave of absence just because there’s such a workforce crisis that the providers don’t want to sever that relationship,” said Stephen Hanse, who represents nursing homes statewide as president of the New York State Health Facilities Association and the New York State Center for Assisted Living.

Preliminary data showed 92% of hospital staff had also received at least one dose of vaccine, the governor said.

As of the latest update, state figures show at least 84% of hospital workers are fully vaccinated.

The executive order allows out-of-state doctors, nurses and other medical professionals to practice in New York, makes it easier for retirees to return to the workforce and allows physician visits in nursing homes to be done by telemedicine.

Also, New York state-licensed providers without current registrations will be able to practice without penalty. And the order broadens the roles of emergency medical technicians, such as allowing basic EMTs to vaccinate and test for COVID-19.

Bea Grause, president of the Healthcare Association of New York State, said the executive order could help hospitals, but that it's still a challenging time.

“Hospitals are not out of the woods yet because that underlying problem is the workforce shortage,” said Grause, whose organization represents more than 200 hospitals and healthcare systems.

Meanwhile, New York City's vaccination mandate for Department of Education employees that had been set to begin Monday has been allowed to proceed effective Oct. 4 after federal judges dissolved a temporary block late Monday.

CORRECTION:
This story has been updated to correct the number of employees terminated by Northwell Health.