‘This Is Us’ Season Finale Focus is Ill-Fated Jack, Rebecca

The season finale for the NBC hit is set for Tuesday at 9 p.m. EST

"This is Us" creator Dan Fogelman helpfully explains his time-twisting family drama's ambitious theme: A vision of shared humanity, without end.

"There's no dying. There's no you, or me, or them. It's just us," character Kevin says in a fifth-episode scene singled out by Fogelman as key.

Cast members Mandy Moore and Milo Ventimiglia reflect on their awkward goodbye and William's funeral in Tuesday's episode. The season finale airs next Tuesday on NBC. 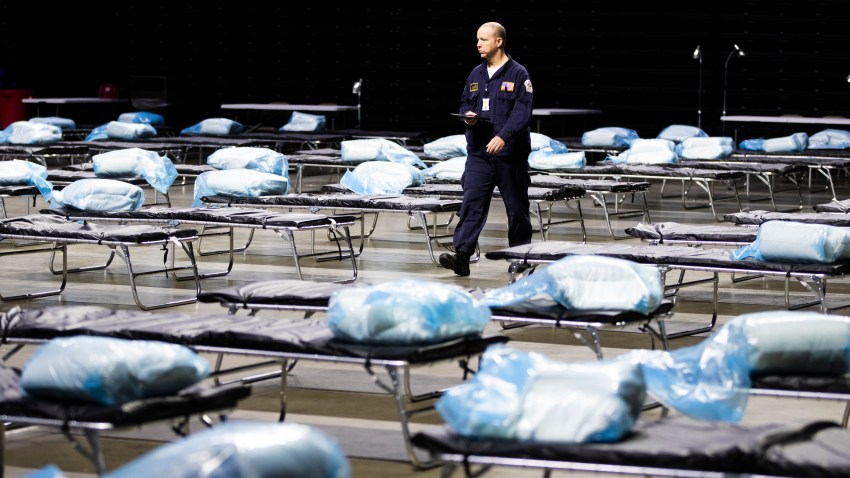 "It has always been part of our conceit that people die but stay a very active part of the lives of both the people who knew and loved them" and the generations that follow, the writer-producer said.

But do not, even for a moment, expect his courtesy to extend to revelations about Tuesday's season finale (9 p.m. EST) of the hit NBC drama already renewed through 2019.

Or — spoiler alert for laggard viewers! — that he'll confess when we'll find out how Milo Ventimiglia's Jack dies, or how long it takes Mandy Moore's widowed Rebecca to end up with Miguel (Jon Huertas), Jack's friend and colleague, or any of the other unknowns driving fans to distraction.

But Fogelman will say the season-ender is a showcase for Ventimiglia and Moore. While they're part of a gifted ensemble cast, their characters' unexpected journey and the actors' chemistry made them standouts.

"It's a very intense hour of television and I'm incredibly proud of Mandy and Milo's performance in it," Fogelman said. "I'm excited to see people react — hate it, love it, and hopefully come back to try to find out some things."

Following Jack and Rebecca, their three children and others connected to them isn't a linear experience. "This is Us" hopscotches between decades past and present as we meet people at different stages in their lives. There are scenes whose place on the timeline is uncertain, and the characters' connections emerge gradually.

Think of it as "thirtysomething" meets "Lost," everyday pathos sliced into a jigsaw puzzle.

In season one, Jack and Rebecca Pearson make a snap decision to adopt an abandoned African-American baby after losing one of their triplets at birth, and the family's multiethnic nature is part — but only part — of the layered and emotionally intimate series. Because of its zigzag nature, we get glimpses of events yet to be explained.

Moore, for one, recommends taking the stories as they come, especially the circumstances of Jack's death.

"I encourage people to almost forget that Jack is not here present day," she said. "I would hate for people to be sitting on pins and needles and saying, 'Is this the episode?' 'Is that the episode?'"

But that intrigue likely is part of the drama's success. "This is Us" has broken into the top 10 shows among total viewers, unusual for a freshman series, and is a big winner with advertiser-coveted young adult viewers ages 18 to 49 and with women.

Its numbers are only getting better. Last Tuesday, it drew its biggest audience yet, 11.2 million, and attracted 20 percent more young adults than its prior telecast. Among young adult women, "This Is Us" is the No. 1 broadcast program for the season.

Ask Fogelman what's behind the show's appeal and he gamely offers up several possibilities.

— The time-shifting approach adds an element of mystery to the family and "twists up their narrative in a way that maybe makes people pay attention to a family drama in a way they don't always."

— The characters all are "well-meaning and good but incredibly flawed," providing a mirror in which viewers may see versions of themselves and their own relationships.

But maybe he's overthinking it, Fogelman says: "It honestly may work because people enjoy looking at Mandy and Milo and there's not too much more to it than that."

(For the record, he also lauded them as "actors' actors. They just happen to have the faces of stars.")

Told of Fogelman's suggestion that she and Ventimiglia might be irresistible eye candy and the show's draw, Moore laughingly brushes it off.

"Dan, of course, totally deflecting his genius writing and brilliant concept," she said of Fogelman, a University of Pennsylvania graduate (in English) who took a year's side trip to Oxford University. His film credits include "Bolt" and "Crazy Stupid Love."

Critics largely agree with Moore's assessment, showering "This Is Us" with the kind of praise that these days goes to programs on cable and streaming platforms, not network TV. Emmy Awards should follow.

Fogelman and the cast appreciate it all, but viewer devotion can have its downside.

"I've been lucky enough to work on some very successful things, movies, but never quite had something like this before," Fogelman said. "You think, 'Oh wow, we did it!' but it comes with a whole load of new stressors and problems," including audience reaction to the foretold shattering of Jack and Rebecca's life together.

He tries to avoid reading online comments but insists they wouldn't sway the show's course if he did.

"We're going to stick with what our original plan is," he said, and have faith it won't alienate viewers. "But if we do, so be it. But I don't think we will."