This story was originally published on April 9, 2019 by THE CITY.

When Evelyn Teran’s dog, Buddy, was brought to a Queens veterinarian to check out a bump on his back, she believed her beloved Pomeranian was in good hands. 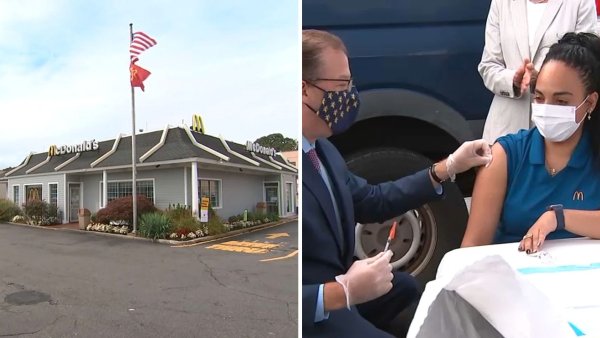 Despite Buddy’s old age, Dr. Mahmoud Elbasty recommended the growth be surgically removed and touted the 2017 operation as a low-risk move, according to Teran.

Buddy was dead about a week later after an incurable infection broke out near the incision.

“There was nothing we could do,” Teran recalled. “He was in so much pain. Every time he moved it hurt.”

Now, she wonders if the heart-breaking outcome could have been avoided.

Two years earlier, in October 2015, the state’s licensing board had blocked Elbasty from performing veterinary surgery for six months due to shoddy treatment.

It was one of the rare sanctions issued to veterinarians by New York state’s Office of Professional Discipline, records obtained by THE CITY through a Freedom of Information Law request show.

In all, the state’s Board of Regents took disciplinary actions 70 times against some of the state’s 6,679 licensed veterinarians and 5,383 veterinary technicians from November 2013 through February 2019.

The data reveals that at least 35 veterinarians who were found to have botched medical procedures or basic care were often back at work within a few months, rarely ordered to undergo additional training, and never had to personally post a notice on their office front doors — or anywhere — as they serve their suspensions.

“The deck is always stacked against the pet owner,” said Julie Catalano, founder of the website Veterinary Abuse Network.

Catalano and other critics say the veterinarian oversight system is woefully understaffed and repeatedly fails to take serious action against bad doctors.

In New York, veterinarians are overseen by the state Education Department’s Office of Professional Discipline. The unit has 63 investigators.

The probers handled an average of 240 complaints against veterinarians filed in each of the past five years, records show. Of those grievances, only 6% resulted in some form of punishment.

In 2018, the department received a total of 6,923 complaints against licensed professionals as a whole, records show.

So, investigators struggle to keep up, one union official told THE CITY.

“The employees know how to do their job and they are frustrated,” said Douglas Williams, a council leader for the Public Employees Federation, which represents the state investigators.

“They feel that they are not able to give the work the necessary reviews that it warrants based on their professional judgement,” he added.

State officials contend that staffing has remained steady for years at the unit charged with investigating veterinarian complaints. But the number of licensed and registered professionals has increased from fewer than 800,000 to more than 900,000 since 2009, records show. That spike is largely due to the addition of seven new professional licenses and certificates over that period.

Cases Drag on for Years

The Office of Professional Discipline’s website says “almost all investigations are completed within 9 months or less” but adds “complicated cases may take 2 years or more.”

Department officials, however, refused to detail how long it actually took to probe all the veterinary complaints filed since 2014.

“I do not have the assets to physically check 1,202 files to determine the results of each case,” said Donald Dawson, the department’s director of investigations, in response to a Freedom of Information Law request.

Several years ago, state officials pushed to have all cases cleared within a year, but that is no longer happening, according to Williams, who works as a senior administrative assistant in the Office of the Professions. Some cases have dragged on for as long as five years, he said.

“There’s nothing wrong with the system, but it can take a long time for a complaint to be resolved, and that’s partly because there are so many cases that you don’t see published because no fault was found,” said Tim Atkinson, executive director of the NYS Veterinary Medical Society, which represents 2,000 New York vets.

He contends that the majority of complaints never result in sanctions primarily because they have no basis in fact.

“More often than not they are based on a misunderstanding or a financial disagreement,” he said, noting that state investigators only look at professional misconduct.

“This is a consumer business, and when a pet owner loses a pet they are devastated,” he said. “So it is natural that if there is any dissatisfaction at the service received then they would want to complain.”

But the problem may be that many pet owners have no idea where or how to submit complaints, and those who do, frequently wait too long, industry insiders say.

“The system is basically a joke,” said lawyer Richard Bruce Rosenthal, who focuses on pet litigation. “As a general rule, everyone is pushed to cremate immediately, and once you’ve cremated the body, without a necropsy, it’s impossible to figure out what went wrong.”

It is also difficult to find a veterinarian willing to review a colleague’s work, Rosenthal said.

Dr. John Robb, who runs the website Protect the Pets, says he’s one of the few vets who performs necropsies (animal autopsies) for suspected malpractice cases.

“I have the whole field to myself,” he said. “Vets are taught in school never to admit they did something wrong. But we are people too and everybody makes mistakes.”

State officials defend the system, pointing out pet owners can file complaints online (email) or via a hotline.

“The State Education Department takes all allegations of misconduct and neglect of duties against licensed professionals extremely seriously,” said department spokesman JP O’Hare, noting all cases are investigated and acted upon if necessary.

All complaints are investigated by state workers in one of 10 regional offices.

“Members of the state board for the profession may be consulted during the investigation,” the state website says. “If substantial evidence of misconduct is found, we will pursue disciplinary action.”

Still, pet owners say it is difficult to see if a veterinarian, or other licensed state professional, has been sanctioned.

“When I go out to eat I check reviews and there’s a letter grade in the door,” said Teran, whose dog, Buddy, died. “Nothing like that exists for vets.”

The state’s website does list all the people sanctioned each month and has a tab where all those names are published in alphabetical order.

But critics point out a search by name option does not exist.

By contrast, in 2000 the state launched a “Physician Profile” website where patients can get detailed information about doctors handling human cases. That data includes any sanctions, legal actions, and a record of the doctor’s licensing. The site “was one of the Department of Health’s most popular sites, averaging over 3.3 million page views per month,” according to a 2017 state report.

No such site exists for veterinarians or the other licensed professions.

A few veterinarians were hit with numerous sanctions, including one based in Suffolk County who was penalized five times since December 1998, state records show.

Dr. Burton D. Miller has agreed to pay a total of $11,000 in fines and was repeatedly placed on probation for a host of violations over the past two decades.

Most recently, last year Miller’s license was originally suspended and he was put on probation for two years afterwards for “practicing the profession of veterinary medicine with gross negligence.”

The Huntington Station–based veterinarian admitted he failed to properly treat and diagnose a 10-week old puppy. That botched care involved “administering too high a dose of Doxycycline,” a medication used to treat and prevent infections. He also confessed to “failing to take follow up x-rays and a tracheal wash” which is performed by putting a small plastic tube down the lungs to clear a pet’s airways.

His treatment actually made matters worse, the sanction report states.

He prescribed Temaril, “which is contra-indicated for any suspected infectious or viral disease,” and he failed “to properly record medication doses,” the report said.

Despite his record of bad treatment, the license suspension was stayed for 18 months, so he was allowed to go back on the job after six months, records show. Miller, like other sanctioned vets, was never required to put a sign on his front door during his suspension to notify customers as some other states require.

Miller left a Huntington Station practice last summer and did not respond to calls and text messages left on his cell.

As for Buddy, he was about 13 years old when a larger dog attacked him during a walk in his Jackson Heights area in 2017. A small tumor developed around the area a few days later.

Teran’s aunt, Patricia Narvaez, brought him to American Animal Hospital on Northern Boulevard, where Elbasty worked at the time. He insisted Buddy needed surgery and maintained the $1,200 procedure was low-risk despite the dog’s age, according to Teran.

“I was hesitant,” Teran recalled. “He didn’t seem to be in much pain. But the doctor said he’d be fine and should be able to recover.”

It didn’t work out that way.

Buddy was in excruciating pain after the surgery and howled in agony almost every time he made the slightest movement, Teran said. A few days later, Elbasty tried to clean out the area and put Buddy on antibiotics but those measures didn’t help, according to Teran.

“It became severely infected because the wound wasn’t properly closed,” she charged. “The staples were all crooked.”

The incision area began to smell “like a corpse,” she remembered. Desperate, Teran, who is 34, brought Buddy to a different vet near her home in Greenwood Lake in Orange County.

That doctor struggled to get the paperwork from Elbasty’s office and recommended Buddy be taken to a better equipped veterinary hospital in Long Island, Teran said. A doctor there said there was nothing to be done and suggested they put Buddy down.

“It was just terrible,” she said.

Elbasty is no longer practicing at American Animal Hospital, according to multiple staffers. He did not respond to requests seeking comment left at that location, and THE CITY was unable to find another way to contact him.

Teran later filed a complaint against Elbasty with the Better Business Bureau. But the business oversight group said it didn’t have the expertise to handle veterinary complaints and pointed out that the doctor had been previously sanctioned by the state.

In October 2015, he was blocked from performing surgery for six months and hit with a $7,500 fine, the biggest monetary penalty against vets in the past five years. Elbasty in that case admitted he “failed to perform the removal of calculi resulting in the demise of (redacted).” Calculi are solid particles that form in the urinary system.

Teran’s aunt had no clue about his disciplinary history.

“My aunt is an older Spanish lady,” Teran said. “She just took him to the local vet because she lived a couple of blocks away. She figured he was licensed and was going to do a good job. That was just not the case.”

This story was originally published by THE CITY, an independent, nonprofit news organization dedicated to hard-hitting reporting that serves the people of New York.