An underground explosion engulfed a Queens sidewalk, sending flames shooting several feet into the air and injuring a man who happened to be standing on the grate at the precise wrong moment, surveillance video exclusively obtained by NBC New York showed.

Barry West was walking along Farmers Boulevard in St. Albans around 5:30 p.m. on July 22 to pay a cellphone bill when the sudden blast occurred without warning. It knocked the 57-year-old father to the ground on his chest, video shows, but he was able to get away before he was burned any worse.

He appeared shaken up, and friends told NBC New York that West suffered second-degree burns. He was said to be in good spirits as he recovers at Nassau University Medical Center, but still stunned by what happened.

Carrol Hamblin told News 4 that she believes her friend had help from above in order to survive the blast. 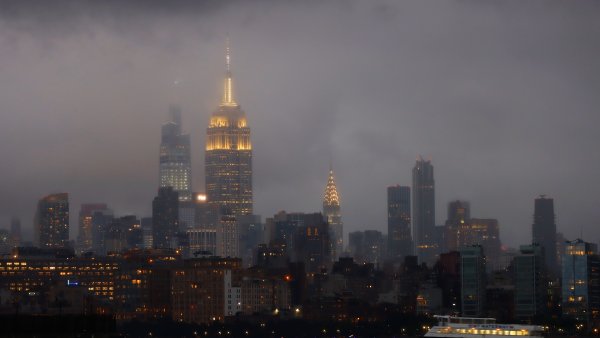 "You can see how God just picked him out of that fire. He staggered. He had his hands up and rubbed his head and fell," Hamblin said. "Just a miracle. Nobody but God could do that. Not a man."

In the surveillance video, some smoke can be seen coming out of the sidewalk grate just seconds before West was blown off his feet.

A statement from Con Edison said that they were "investigating the cause of this event which caused serious injury to a member of the public. We express our sincere concern for the victim and our regret for this incident. We wish him a full and fast recovery."

The utility did not clarify whether there were any recent reports about problems with the underground infrastructure that caught fire.