On a cold, wet and dreary Friday morning, Robert Samuel waits at the front of the line at a city polling location after getting there at 4:40 a.m., and he'll be there almost until polls open at 7 a.m. — but he doesn't mind, it's his job

Like many places across the country, voter turnout is at record levels in New York City. With four days to go before Election Day, more than 700,000 early voting ballots have already been cast throughout the five boroughs. Nearly 13 percent of voters statewide have already voted — record-breaking tallies that are testaments to the significance of the election.

They are also testaments to the dedication of voters, many of whom have had to wait in wildly long lines just to vote. In the city, some of those lines have wrapped around multiple blocks as voters — including even Mayor Bill de Blasio — are forced to wait as long as six hours just to get inside the polling place. Lines are getting so long, the city's Board of Elections was pressured into adding another site.

But there is a way to get around the wait, and it's completely legal: professional line sitters, paid to hold voters' places in line. 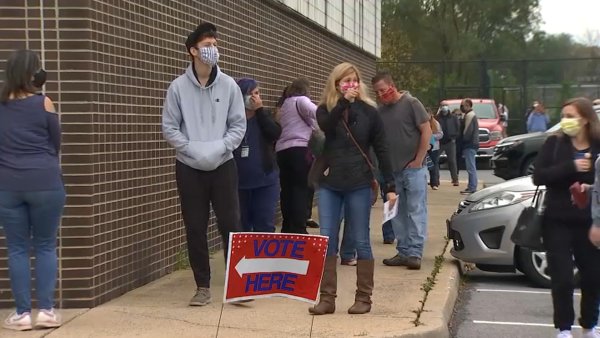 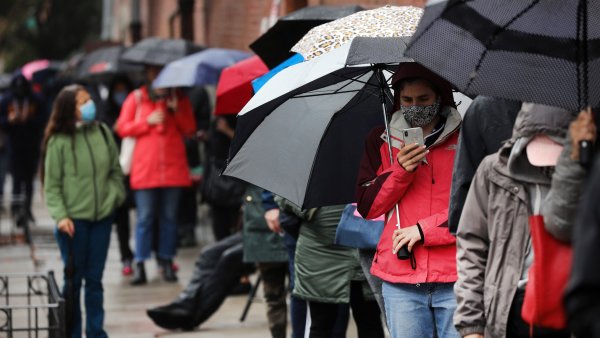 On a cold, wet and dreary Friday morning, Robert Samuel waits at the front of the line at a city polling location outside Wagner Middle School on the Upper East Side. The line behind Samuel quickly stretched out since he arrived, wrapping around the block even before the sun came up.

He's been there since 4:40 a.m., and will be there for another two hours or so until the polls open. But he doesn't mind — it's his job.

Samuel is a professional line sitter, and owns his own company, Same Ole Line Dudes, where he gets paid to wait in line for others. He's happy to be getting business once again, after the coronavirus pandemic shut down his operation.

"As the pandemic started to hit in March, we lost a lot of business because we thrive primarily on tourism," Samuel said.

While COVID dried up his customer base, the long lines at voting sites that many have dreaded dealing with, are giving him a small boost.

"It's $45 for the first two hours and $10 each additional half hour. You tell us where your voting site is," he said.

Another polling place will open and hours are extended to help voters on their final chance to vote early, Andrew Siff reports.

Some are not fans of Samuel's business, however.

"I think that's a bit much, that's totally New York," a woman named Beth at the polling location said. "Crazy, that's not fair."

But that doesn't stop Samuel. As the polls open up, his gig is done. He walks the length of the line, counting how many people were waiting behind him. His count: 665 voters.

As the old saying goes, time is money. And for at least a few more days, Samuel is hoping to bank on voters willing to spend money in order to save time at the polls.

"The need to pay the bills is a good motivator," Samuel said. "I'm just excited about the energy."