A raging fire that destroyed an apartment building in Yonkers and left dozens of families homeless was caused by plumbing work, officials said.

No injuries were reported in the blaze on Parkview Avenue that started around 6 p.m. on Tuesday, but witnesses described the fire as an “inferno,” “thick” and eye-burning as tenants recount the uncertainty in their futures.

The Yonkers Fire Department on Wednesday said plumbers working on the sixth floor of the building started the fire, without immediately providing additional details.

A plume of black smoke choked the surrounding neighborhood as firefighters worked to get the blaze under control.

“The sky was all lit up, it was like an inferno,” witness Nancy Herran said as she wore a face-protecting mask. "I can't believe how bad it got so fast. You can’t take a full breath and your eyes are burning.”

Other neighbors could only watch and pray as the fire ripped apart the building.

“God bless the firemen,” Christine Magrin said. “You really realize how talented and brave they are.”

Another witness who lives across the courtyard from the burning building said she couldn't get the sight of the raging flames out of her mind. 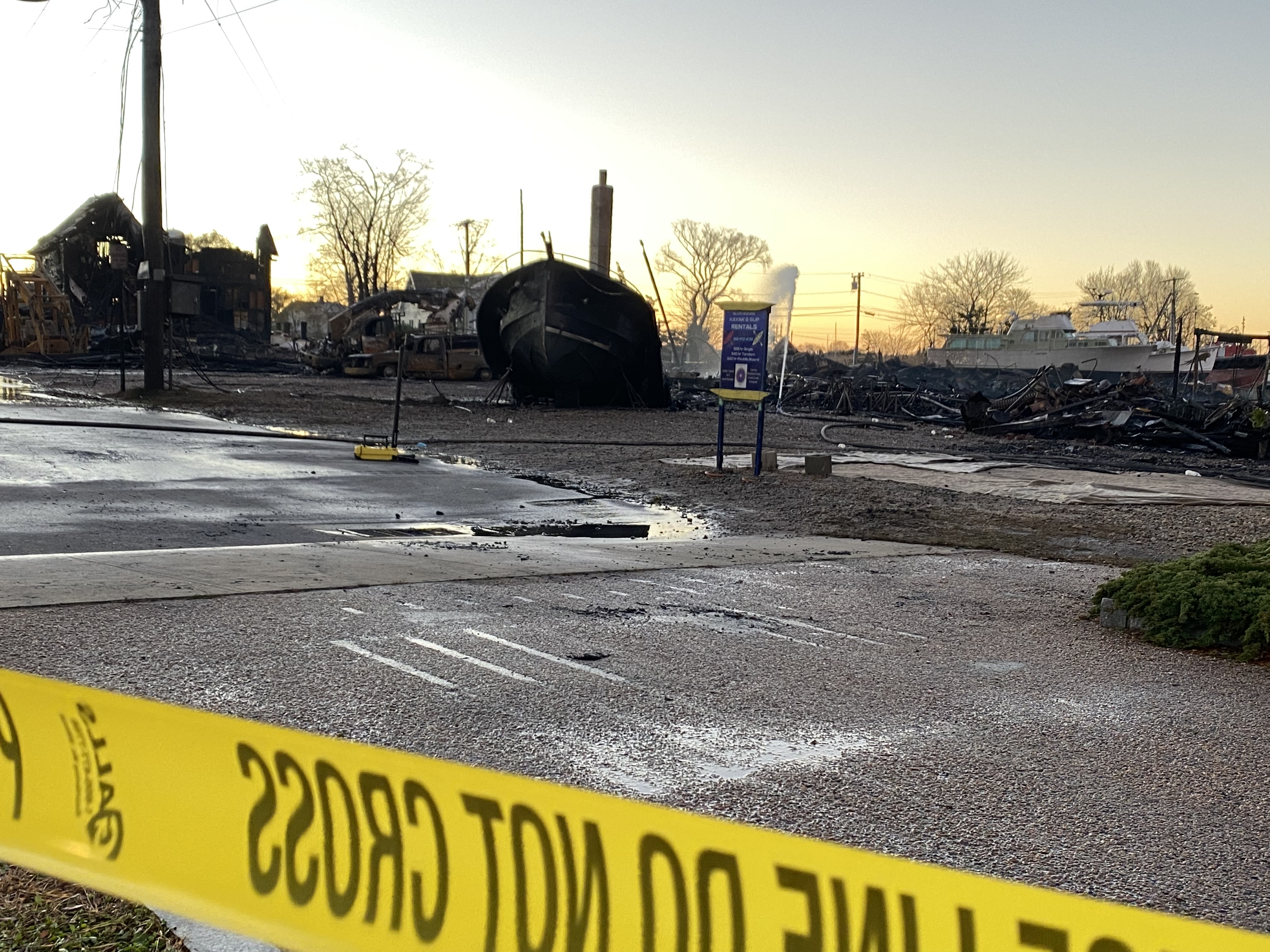 “I looked out the kitchen window and I could see the smoke coming out from the top of the building,” Barbara Handley said. “Then I looked and flames like you never saw. Flames just coming up out of the windows of people’s apartments.”

The Red Cross has been helping 150 families who were left homeless in the building and neighboring buildings overcome by smoke. A temporary shelter was setup at nearby Roosevelt High School.

"We are meeting one-on-one with the individuals and making sure they have the resources necessary," Abigail Adams, of the American Red Cross in Westchester County, said.

Although some residents were allowed into their apartments Wednesday afternoon to gather some of their belongings, they were told they wouldn't be able to stay due to safety concerns.

“I saw smoke coming out of the roof and the firemen were coming,” Irene Lewis, who lives on the second floor in the burned-out building, said. “I ran into my apartment and I came to help my friend get her cats. I’ve been out on the streets ever since."

“It’s like an out-of-life experience,” she added. “I don’t really believe it happened. I’ve been in the building 48 years. What do we do now?”