The family of Fitzroy Gayle backs up the officer's claim

An NYPD officer blamed for the violent arrest of 20-year-old Fitzroy Gayle says he wasn't even at the scene of the March encounter.

Fitzroy Gayle's family stood in front of the 69th Precinct in Brooklyn on Friday to defend that officer's claim. Gayle's mother says Officer Terrence Dickerson was at the precinct when she picked up her son.

Video of Gayle's arrest sparked outrage and elicited questions about the amount of force used to make the arrest. He pleads for help in the video, recorded by a woman who then tweeted it, as several officers wrestle him into submission Wednesday evening on a Brooklyn sidewalk.

When Gayle asked a lone plainclothes officer why he was being stopped, the officer did not appear to answer before uniformed backup rushed in.

NYPD Commissioner Dermot Shea said there were “some disturbing points" to the video back in March. He previously announced an internal investigation into the incident.

One of the officers could be seen standing on the man's ankle, he said, offering a possible explanation for why Gayle screamed during the scrum.

Photos of Gayle taken after the arrest showed abrasions to his knee but no apparent injuries to his face or upper body, the commissioner said. 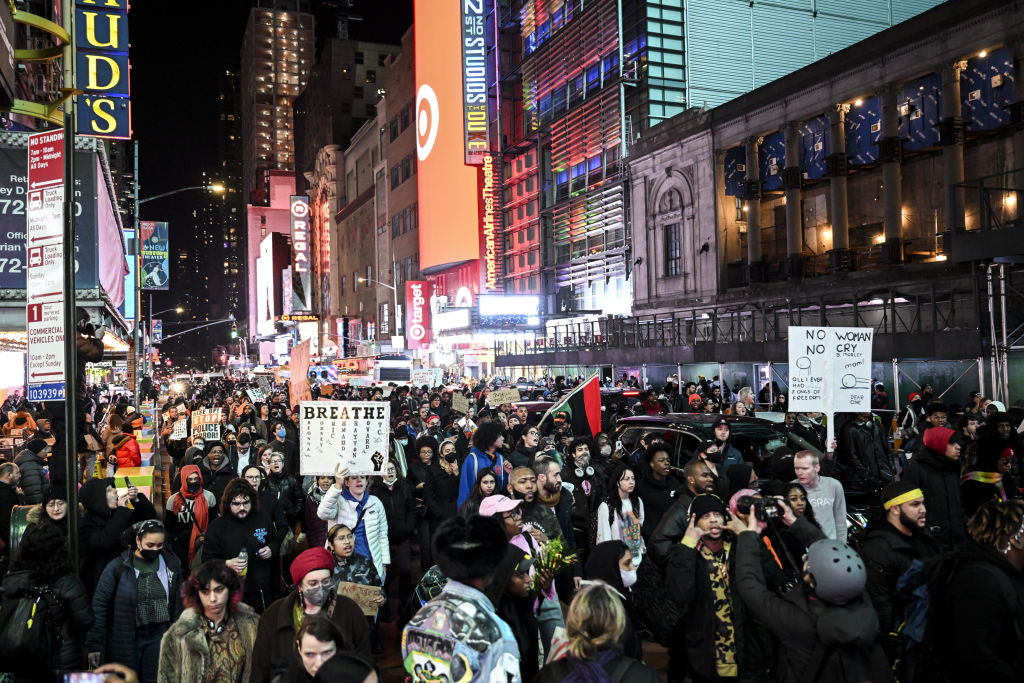 Officer Dickerson says his bosses forced him to take responsibility for the arrest as punishment for not meeting NYPD quotas. The family of Fitzroy Gayle says they'll stand behind the officer accused of the arrest.

"We must stand by good policing and wean out bad policing. We want every officer that is responsible for the police brutality of Fitzroy Gayle be identified in body cam footage immediately," Rev. Kevin McCall, a civil rights activist in Brooklyn, said in a statement.

The NYPD declined to comment and referred News 4 to the City Law Department. No response was immediately returned.