He agreed to take a chemical test to analyze his blood alcohol content, and it tested at 0.257 percent, more than three times the legal limit

An MTA bus driver was busted for allegedly being drunk behind the wheel as he drove erratically, with passengers, in Brooklyn over the weekend and smashed into three parked cars, according to a criminal complaint released Monday.

Lenny Lachman, 24, was driving the B82 bus with nine passengers around 1:30 a.m. Sunday when the bus hit parked cars on Flatlands Avenue and East 46th Street, the complaint says. No one was hurt; the vehicles all were scratched.

Responding officers found the driver displaying signs of intoxication, including watery eyes, slurred speech and the smell of alcohol on his breath, officials said. He agreed to take a chemical test to analyze his blood alcohol content, and it tested at 0.257 percent, more than three times the legal limit, the complaint  says.

He was charged with DWI and reckless driving. Attorney information wasn't immediately available. 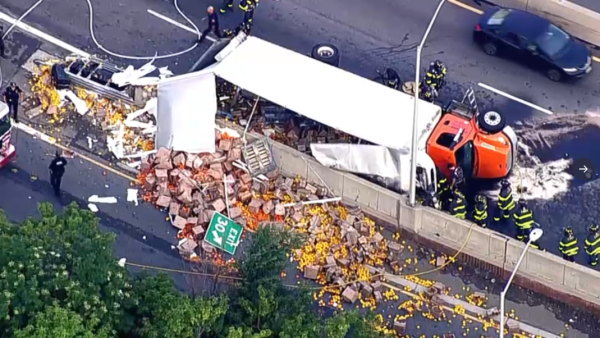 The BQE Is Covered in Peppers, Seek Alternate Routes

The MTA said it has "absolutely zero-tolerance" for the driver's alleged actions.

"This bus operator has been removed from service immediately without pay and we are working with NYPD to ensure a thorough investigation is carried out.”