Thomas Valva's father allegedly left him to die in an icy cold garage earlier in 2020, and now the boy's mother believes there are many to blame for the events that eventually led to her son's death

The mother of a Long Island boy who died after years of alleged physical and verbal abuse at the hands of his father filed a $200 million wrongful death lawsuit against her son's father, his fiancee and a slew of county officials who she claims are responsible for her son's death.

Justyna Zubko-Valva filed the lawsuit on Tuesday against several Suffolk County Child Protective Services caseworkers and investigators, as well as her son Tommy's school district, the judge, his father Michael Valva and Angela Pollina, among others. She believes that it was a system of failures on many different parts that led to her son's death in an unheated, locked garage on a night when temperatures we below 20 degrees.

Zubko-Valva's claims go back as far as 2017, when Nassau County Supreme Court Justice Hope Schwartz Zimmerman gave custody of her three children, including Tommy, to Michael Valva and his then-girlfriend Pollina — despite the mother showing the court and multiple agencies there was evidence of physical, mental, and sexual abuse of her children by the duo, the suit claims. 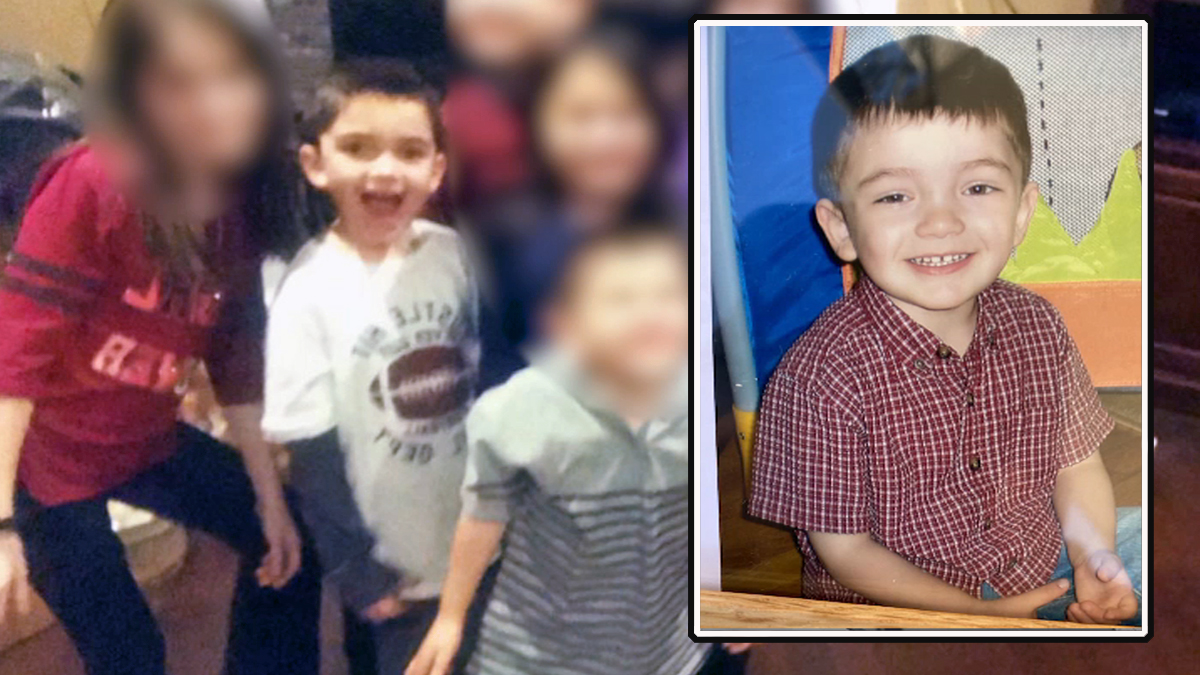 The mother also says that for three years, she warned the long line officials of the alleged abuse her children were suffering — at one point telling them the kids were in "enormous danger of losing their lives by Michael Valva and Angelina Polina," and that she showed them recorded statements from her children that detailed the abuse. But it says in the complaint that all her efforts were ignored, destroyed or that officials hid the truth about the children's health, while making false reports about Zubko-Valva and her children.

The lawsuit also describes the horrible conditions the children would go to school in, with urine-soaked clothes and wearing diapers (despite being potty trained years before) as they were "bruised, crying, hungry, and literally scrounging for food and crumbs off the floor and in the garbage can." Teachers at their school would buy food for them.

“This case is horrific and tragic. Tommy was a small, defenseless boy with a great smile. My client repeatedly warned and showed anyone who would listen that her children were being starved, abused and tortured," Norinsberg said. "Instead of helping the children, the defendants flagrantly violated their legal duties under New York State Law and exhibited a shocking indifference to the children’s health, safety and welfare.”

"Tommy's death was not only foreseeable, but completely preventable," the lawsuit reads.

The NYPD officer Valva and Pollina were indicted by a Suffolk County grand jury back in February in the death of 8-year-old Tommy. Investigators arrested 40-year-old Valva and 42-year-old Pollina on Jan. 24, charging them Thomas Valva's murder. Both were ordered held without bail at their arraignment, where both pleaded not guilty to second-degree murder and endangering the welfare of a child.

Detectives say the two forced Thomas Valva to sleep in a cold garage at their home at Center Moriches. According to police, by the time the little boy got to a hospital his body temperature was only 76 degrees, possibly indicating an earlier time of death.

Previous court hearings described a pattern of verbal and physical abuse, including food deprivation and being denied blankets, pillows and even clothing.

The DA's office also alleged that the pair mocked the kids in text messages, and that Michael Valva called Thomas a "f—-ing moron" and a "stupid f—-ing son of a b---h" when the boy fell repeatedly in the garage.

Zubko-Valva and Tommy's two brothers, were placed in her custody after Michael Valvo's arrest.

Assistant District Attorney Laura Newcombe said at a previous arraignment that audio files recovered from Michael Valva and Pollina's Center Moriches home recorded the couple discussing the fact that Thomas was suffering from hypothermia, had been washed with cold water, couldn't walk and was "face-planting" on the concrete.

Suffolk County Executive Steve Bellone has said that a committee will examine how social services dealt with the abuse allegations.