The release of the transcripts in the case of Prude, who was Black, comes at a sensitive time for the issue of race in policing

A grand jury investigating the police suffocation death of Daniel Prude last year in Rochester, New York, voted 15-5 not to indict the three officers who restrained him, according to transcripts of the proceedings released Friday.

Prosecutors from the state attorney general’s office had asked the grand jury to consider a criminally negligent homicide charge for the officers, who were seen on body camera footage holding and pressing the 41-year-old Black man against the frigid pavement in March 2020 until he stopped breathing.

Prosecutors sought no other charges, according to the transcripts, and told grand jurors that they had the option of choosing not to indict if they believed the officers’ use of force was justified. Five jurors indicated they would have voted to indict at least one of the officers.

“You are not an arm of the prosecution and you are to draw no conclusions about, quote, unquote, we think, feel or anything else,” Jennifer Sommers, the deputy chief of Special Investigations, instructed the grand jury, according to the transcripts. “You are an independent body.”

The grand jury’s decision not to indict the officers was announced at the time it was made in February, but the transcripts of nine days of testimony from witnesses — including Prude’s brother, police officers and experts — offer a rare window into a process of accountability normally kept under wraps.

The release comes at a sensitive time for the issue of race in policing. Testimony is ending in the trial of former Minneapolis officer Derek Chauvin in the killing of George Floyd. And on Thursday, body camera video was released that showed a Chicago police officer fatally shoot 13-year-old Adam Toledo last month after he appeared to drop a handgun and begin raising his hands. 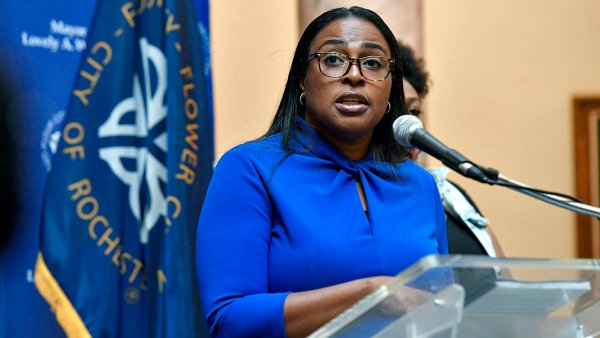 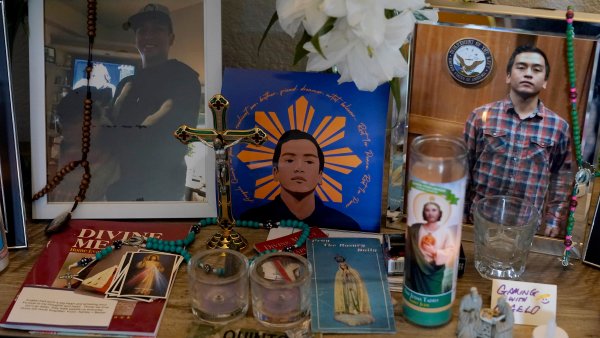 Prude was in the throes of a mental health episode when officers encountered him March 23, 2020. Hours after being released from a hospital, where he’d been taken following a mental health arrest, he ran naked from his brother’s home and was seen bashing store windows and ranting about the coronavirus.

Prude’s brother, Joe, was the first witness to testify before the grand jury. He recounted the chilling warning he gave to an officer who responded to his home after Daniel Prude ran away.

“I told the officer my brother ain’t no harm to nobody but himself, don’t kill my brother,” Joe Prude testified, according to the transcripts.

Prude’s death went largely unnoticed until September, when his family released body camera video of the encounter obtained through a public records request. Emails later made public by the city showed police commanders urged city officials to hold off on releasing the footage because they feared violent blowback if it came out during protests over Floyd’s killing.

Seven Rochester, New York, police officers have been suspended with pay while authorities investigate their role in the death of 41-year-old Daniel Prude, who died in March after he was restrained by the police while experiencing an apparent mental breakdown. Video released by Prude's family this week raised questions about what led to his death.

The video showed Prude handcuffed and naked with a spit hood over his head as one officer pushed his face against the ground and another officer pressed a knee to his back. The officers held Prude down for about two minutes until he stopped breathing. He was taken off life support a week later. A medical examiner ruled Prude’s death a homicide and cited his use of the drug PCP as a factor.

A doctor from the University of San Diego told the grand jury that drug use and mental illness contribute to the medical condition known as excited delirium, which can make people vulnerable to cardiac arrest. The unidentified doctor said he didn’t think the spit hood contributed to Prude’s cardiac arrest and death.

An officer testified that police used the hood because Prude was spitting and they were wary of being sickened in the early days of the pandemic.

“I don’t know if you guys remember exactly about the coronavirus, how we felt, but it was almost hysteria in the country,” the unidentified officer said.

At one point, prosecutor Michael Smith drew grand jurors’ attention to a 2015 training bulletin that explained to officers that “positional asphyxia may occur when the position of the person’s body interferes with respiration, resulting in serious injury or death” and that the risk of such asphyxia “can increase when the person is restrained in a prone position.”

The footage of Prude’s arrest and restraint sparked nightly protests in Rochester, a rust-belt city on the shore of Lake Ontario which has been roiled recently by body camera footage of white officers using pepper spray on a 9-year-old Black girl who was handcuffed in the back of a squad car.

An investigation into the official response released last month faulted the city’s mayor and former police chief for keeping critical details of the Prude case secret for months and lying to the public about what they knew.

The chief and entire command staff of the police department in Rochester, New York, stepped down on Tuesday — among other department changes — as outrage continued over the death of Daniel Prude.

New York Attorney General Letitia James, whose office investigates police shootings, secured a judge’s permission to make the usually secret material public, citing a desire for transparency. The transcripts were released after a review that involving blacking out the names of witnesses and other identifying information.

Matthew Rich, a lawyer for four officers who responded but weren’t involved in Prude’s restraint, questioned the closed-door process that paved the way for the transcripts being released. Despite that, he wrote in a letter to the judge last month that he and his clients “have nothing to hide.”

Lawyers representing Prude’s brother said they were still reading the documents and not ready to comment.

One Prude juror praised the prosecution team for helping make sense of the case.

“You guys did amazing work. If it wasn’t for everything that you presented to us, I don’t think anybody would have come up with a decision. You worked very hard and I’m sure nobody took it lightly,” the juror said. “It was a very serious case. It’s horrible what happened to him.”