As a veteran firefighter with the New York City Fire Department, Sarinya Srisakul knows a thing or two about saving people who have fallen onto the subway tracks.

After learning about an Asian woman who was pushed to her death in front of a train beneath Times Square over the weekend, the FDNY fire lieutenant took to TikTok to share her expertise on subway safety and what to do if you find yourself in the path of an oncoming train.

The first tip may seem obvious to longtime New Yorkers: don't wait for the train near the track.

Being aware of your surroundings is key, Srisakul says in the first of her two-part video.

The height of the subway platforms from the tracks is about 5-foot tall and not everyone will be able to get back up on their own. That's why there are ladders at the end of the platforms, the fire lieutenant said, adding that there's also a call box where you can contact a dispatcher for help.

Srisakul joined the FDNY in 2005 and was the department's only female Asian American firefighter for over a decade.

"We went to help people on the tracks a lot and have been trained on how to operate on them safely," she told NBC New York. Now she wants to arm others with knowledge amid rising hate crimes against people of Asian descent.

One of the most important things to know about the subway tracks is the third rail, Srisakul emphasized. The electrified rail powers the train with very high voltage and it can kill if you come in direct contact with it.

If you can't get back onto the platform in time before a train arrives, Srisakul says there are areas in the wall where you can safely stand and wait for the train to pass. The areas that aren't safe are marked with red and white stripes to indicate danger zone.

"I hope these tips help you feel more confident taking the train in New York. We have to help each other during these crazy times and stop Asian hate," Srisakul said as she ended her video. 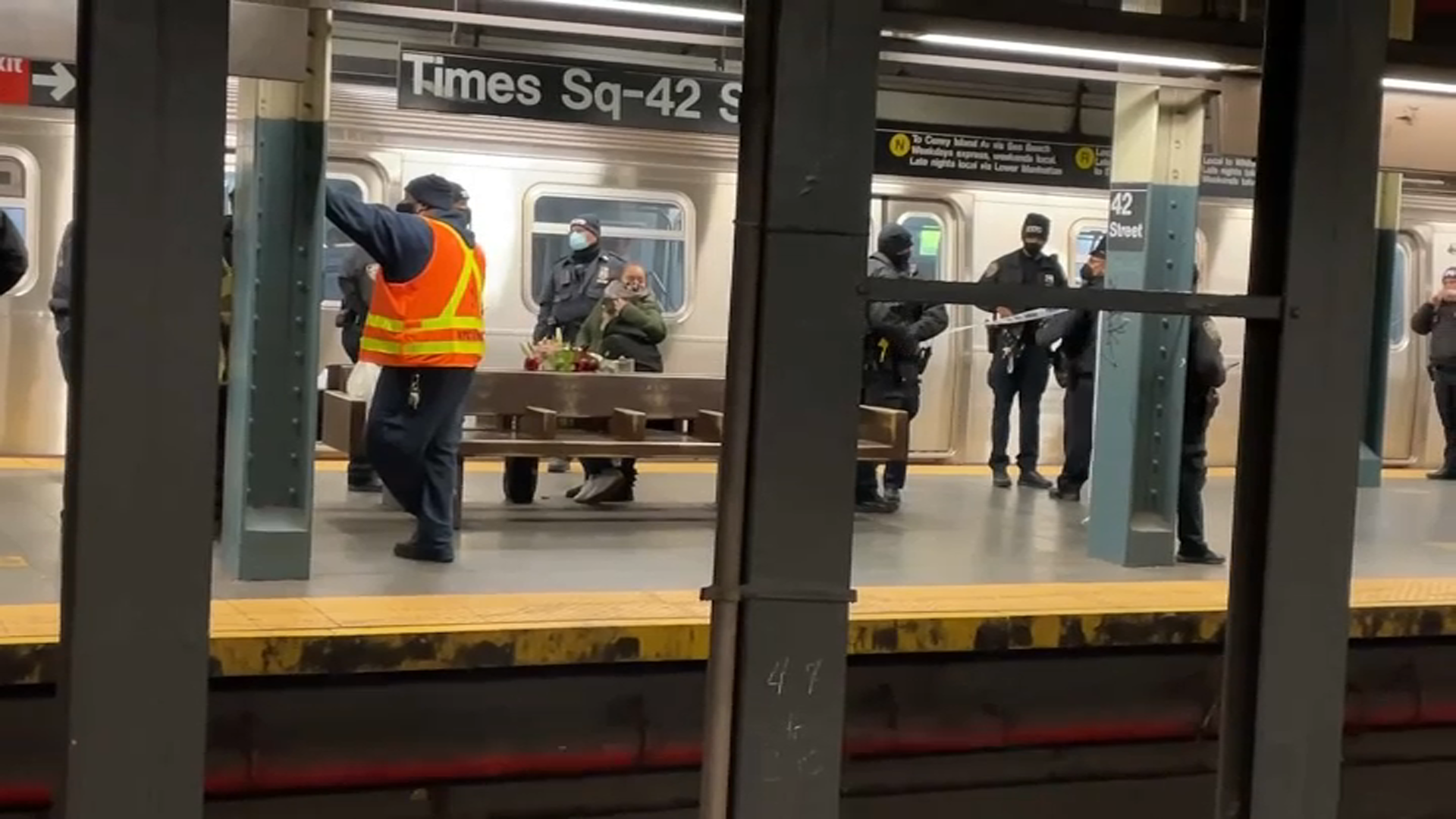 As attacks against Asians made headlines last year, Srisakul spoke about her own experience of being attacked while walking home from the trains. She recalled how her attacker ran away after she started screaming and used her story to raise awareness and funds for self-defense kits to be distributed to Asian and Pacific Islanders across the city, especially seniors who cannot defend themselves.

While it's not clear whether the deadly push of 40-year-old Michelle Go onto subway tracks on Saturday was racially motivated, it was an apparently unprovoked horror that local leaders say could be avoided with more resources.

Police say the man arrested and charged with Go's killing, 61-year-old Simon Martial, has at least three past emotionally disturbed encounters with the NYPD and was likely experiencing homelessness at the time of Saturday's incident.

At Go's vigil on Tuesday, Queens Congresswoman Grace Meng called on all New Yorkers to stand together, quoting Martin Luther King Jr.: "Injustice anywhere is a threat to justice everywhere."

"Some people want more law enforcement. Some people want less. Some people think more services and mental health support is the answer," Meng said. "Some people even seek to divide us and try to blame certain communities. I just want to say that none of those solutions on its own is sufficient. This is a complicated problem that's rooted in poverty and racism."

Adams, who ran his campaign largely on the issue of public safety, in his first week in office held a joint news conference with Gov. Kathy Hochul in which both vowed to increase homelessness outreach throughout the city's subway system, addressing a quality-of-life issue core to Adams' push to get workers back to offices in the city.

These Asian American seniors from New York are the latest to take matters into their own hands. They are learning how to protect themselves with self-defense classes as hate crimes continue to plague the AAPI community in 2021.
Copyright NBC New York