Family, friends, classmates the members of a Queens community came out to mourn and say goodbye to a 10-year-old boy who was shot and killed inside a relative's home during a party.

The funeral for Justin Wallace was held at a near-capacity Full Gospel Tabernacle Church, just three blocks from where the young boy was shot and killed inside an Edgemere home on June 5. Wallace was about to leave a family cookout on Beach 45th Street when a man pointed a gun thought a metal railing outside the front door, and repeatedly fired.

Many came to grieve and mark the tragedy of what happened to the boy with a sweet smile and energy that made everyone feel like they belonged. The community is still reeling, in a tremendous amount of pain. 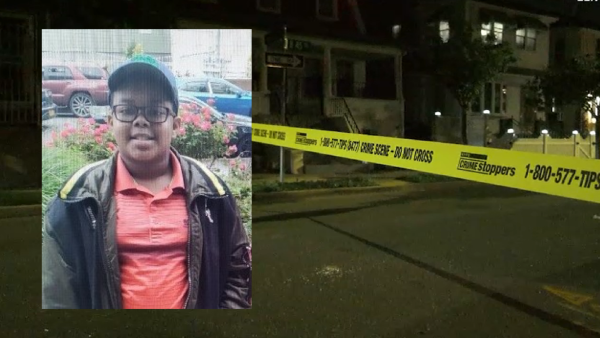 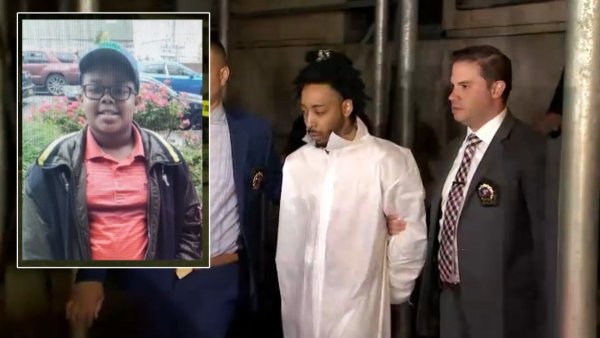 "It hurt me so bad to see this. That's all I can say, I might break down," said Wylie Gore, who lives in Far Rockaway.

The light blue program handed out at the funeral service included photos of the boy as many remembered him: Happy, studious and passionate. While the service was full of music and prayer, Rev. Dr. Leslie Mullings reminded everyone during his sermon what it means to forgive and love.

"Justin is a living example of today we're here, and tomorrow we're not," Mullings said.

Outside the church were some of Justin's favorite cars, where some of his friends stood and cried. Justin's father helped carry his son's casket out after the service, with everyone struggling what to tell him.

"This is not a feeling you can express. I have a 9-year-old daughter, and it's something that I wouldn't even try to imagine," said Wilton Brown.

As friends and loved ones try to cope with the shooting death of the 10-year-old boy from Edgemere, police are searching for the gunman responsible. NBC New York's Erica Byfield reports.

In the middle of the service, a group of Justin's classmates stood up and recited the school pledge that Justin should have said with them during graduation. But because he was killed before that day came, his friends wanted to be at the service to honor Justin in that way.

Days after the shooting, which also left a cousin of Justin's hurt, police arrested a suspect in the shooting on what would have been Justin's 11th birthday. Jovan Young was arrested and charged with murder, along with assault and criminal possession of a weapon.

Police said the motive for the shooting was an argument over a shared driveway. Young was held without bail after his arraignment in a case that has stirred grief and outrage from City Hall to the victim's family's neighborhood of Edgemere.

If convicted, Young faces up to 25 years to life in prison.

Two other neighbors are also facing various weapons charges in connection to the Saturday night shooting. After executing a search warrant at a home next door, police arrested Ashram Lochan, 26, charging him with various weapons crimes. The charges come after police recovered one 9mm handgun, one .380 handgun, one .410 revolver, and two flare guns.