Another man in New York has been arrested by federal authorities after he allegedly threatened to murder or incited others to murder members of Congress, according to the criminal complaint obtained by News 4 Tuesday.

The man, identified as Brendan Hunt, was arrested in Queens following a raid by the FBI -- but he wasn't at the siege in the U.S. Capitol on Jan. 6, officials said Tuesday. The alleged threats were made in a series of posts on various social media websites under the alias "X-Ray Ultra" between Dec. 6 and Jan. 12.

Various posts indicated Hunt, a full-time employee of the New York State Office of Court Administration who dabbles part-time in acting in filmmaking, believed President Donald Trump's widely disputed claims of a "rigged election" and wanted to exact revenge on Democrats involved in the process. He listed several by name in at least one Facebook post, including House Speaker Nancy Pelosi, Sen. Minority Leader Chuck Schumer and Rep. Alexandria Ocasio-Cortez.

"Start up the firing squads, mow down these commies, and lets take america back," that December post read. It also called for "public execution" of those officials. Another early December post ranted about the coronavirus "lockdown" and encouraged people who felt similarly to "go after a high value target." Again, he listed the names Pelosi, Schumer and Ocasio-Cortez, documents show.

Two days after the Jan. 6 riot at the Capitol, Hunt allegedly posted an 88-second video titled "KILL YOUR SENATORS" on a video-sharing site. He speaks directly to that camera in that clip and urges people to "get your guns" and go back to the Capitol when the full Senate is in session to shoot them, the complaint says.

"If anybody has a gun, give me it. I'll go there myself and shoot them and kill them," Hunt allegedly said. A phone registered to Hunt was located at or near his residence in Queens at the time that video was uploaded, documents show.

Hunt is also accused of calling for violence at President-elect Joe Biden's inauguration on Wednesday in that video.

Authorities were executing a search warrant at Hunt's apartment Tuesday. At least eight FBI agents were seen entering a home on Gates Avenue as part of the investigation.

Hunt appeared in federal court in Brooklyn later Tuesday, where prosecutors called his actions chilling. Federal charges have been filed in court in Washington, D.C. Hunt's attorney said his client does not have a criminal history. It was unclear when he was due back in court.

"By allegedly threatening to murder and intimidate elected officials, Hunt is striking at the core of our government," said Acting U.S. Attorney for the Eastern District of New York Seth DuCharme.

The New York state court system confirmed that Hunt was employed as an assistant court analyst in the attorney registration unit. He has been suspended without pay.

"Before the assault on the Capitol building, and again after, Hunt’s alleged online commentary directly called for the assassination of members of Congress.  This is not a hard message to understand –threats of violence against our public officials won’t be tolerated.  Mr. Hunt was arrested this morning by the FBI’s New York Joint Terrorism Task Force. To others from this area who still don’t get it – if you are considering a similar path to ‘take up arms’ like Mr. Hunt did, that road leads nowhere except a reservation at our building downtown,” stated FBI Assistant Director-in-Charge Sweeney. 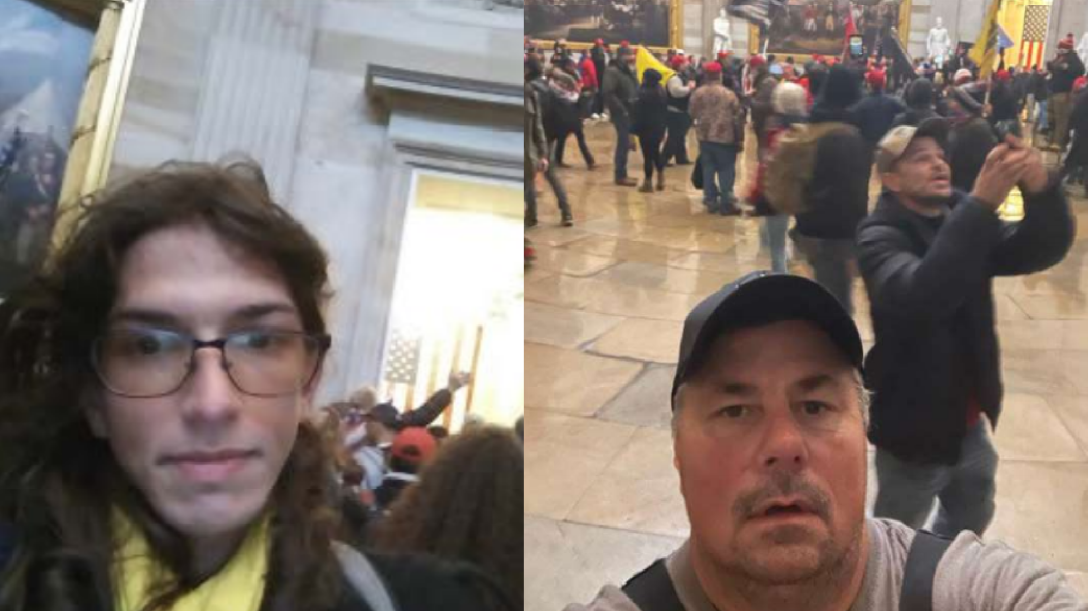 Federal authorities have been working to curb violence following the deadly siege on Capitol Hill earlier this month. Last week, another man in Queens was arrested by the FBI after he was accused of stockpiling military-style combat knives and more than 1,000 rifle rounds in his New York home.

Eduard Florea, 40, was charged with possessing ammunition as a convicted felon and denied bail after the FBI searched his Queens home and interviewed him about a series of threats about the deadly siege on the U.S. Capitol they said he made on the social network Parler.