Glenn Hirsch, 51, has pleaded not guilty to killing Zhiwen Yan, a Queens delivery worker, on April 30 over a dispute involving duck sauce

A New York City restaurant patron has pleaded not guilty to killing a delivery worker after months of threatening the eatery because of a quarrel over a condiment, and his lawyer said his client is innocent.

Glenn Hirsch, 51, was arraigned Thursday on murder, weapon possession, menacing and other charges stemming from the death of Zhiwen Yan.

“A petty dispute over a takeout order became an obsessive point of contention for the defendant, who began to stalk and harass employees at the restaurant for months,” Queens District Attorney Melinda Katz said in a release. “The tragic end result was the murder of a hard-working employee.”

Yan, 45, was gunned down on a Queens street April 30, while riding a scooter to make a delivery.

He worked for more than a decade for Great Wall, a Chinese restaurant where Hirsch felt he didn’t get enough duck sauce with an order in November, prosecutors said. He was given more of the sweet-and-sour condiment but demanded a refund and called police when he didn’t get one, according to prosecutors.

Authorities say that over the months that followed, Hirsch damaged a Great Wall worker’s car, made threatening remarks to employees, including Yan, and pulled a gun on one of them.

A Queens community is mourning the lost of a beloved fixture, gunned down during a delivery in Forest Hills. NBC New York's Adam Harding reports. 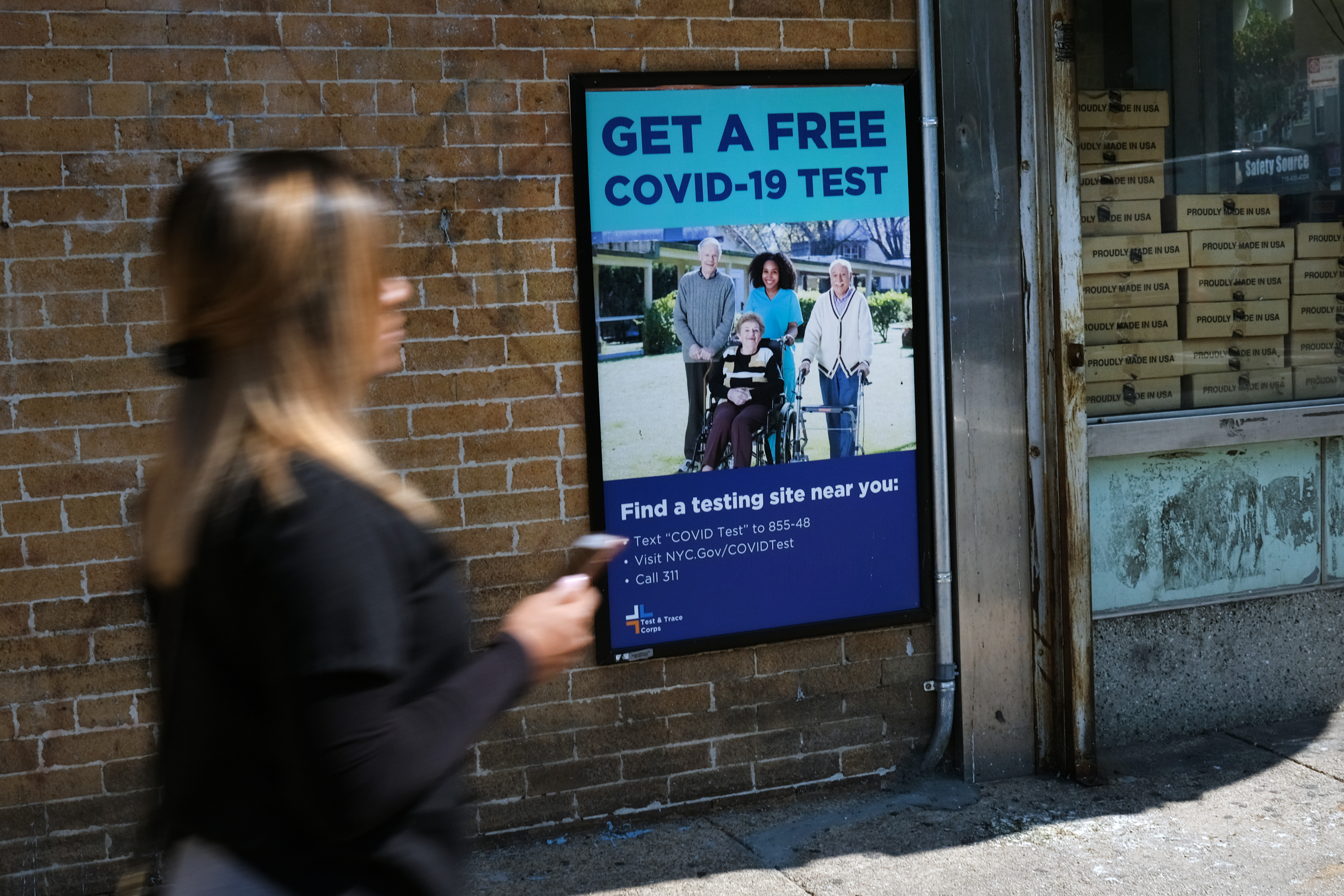 NYC Is Changing Its COVID Alert System. Here's Why

On April 30, surveillance cameras captured Hirsch driving by Great Wall seven times in about two hours and then following Yan, according to prosecutors.

He said Hirsch had an argument with Great Wall’s manager in November, but nothing more.

“We are all relieved that someone has been arrested,” she said in a statement.