Jam Master Jay was murdered nearly 18 years ago and his killer had remained at large until now. He was gunned down in his Queens studio off Merrick Boulevard

The murder of Run-DMC DJ Jam Master Jay has remained a mystery for almost 18 years, with few witnesses and no motive to explain the shooting death of the acclaimed musician inside his Queens studio in 2002.

On Monday, federal officials in conjunction with the New York City Police Department announced indictments for two men connected to the unsolved murder of Jason Mizell, known as Jam Master Jay. Prosecutors identified the alleged suspects as Ronald Washington and Karl Jordan, Jr.; the former already in federal prison and latter arrested by ATF and the NYPD Sunday.

The 10-count indictment unsealed Monday sheds light for the first time publicly on the motive that remained a mystery for so long. Federal prosecutors allege the two men entered Jay's 24/7 Studio in Jamaica in search of 10 kilograms of cocaine they intended to distribute in Maryland. 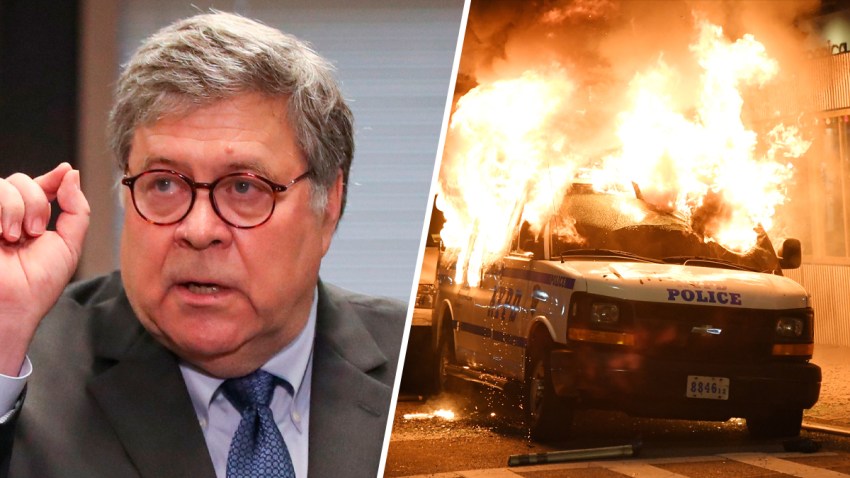 NYC Students Begin First Day of School, but Most Won't Be in Classrooms

Jay, who was allegedly in possession of the narcotics at the time of the incident, informed Washington that he "would not be involved in distributing the narcotics in Maryland, which precipitated the murder conspiracy," prosecutors say.

The murder of Run-DMC DJ Jam Master Jay has remained a mystery for almost 18 years, with few witnesses and no motive to explain the shooting death of the acclaimed musician inside his Queens studio in 2002. Marc Santia reports.

The indictment alleges Jordan delivered the fatal shot that killed Jay. Jordan and Washington were each charged with murder while engaged in narcotics trafficking and firearm-related murder, while Jordan faces several additional distribution counts.

"Primarily this is a case about a murder which for nearly two decades had gone unanswered. Today we begin to answer the question of who killed Jason Mizell and why," said Acting U.S. Attorney for the Eastern District of New York Seth DuCharme. "The passage of time offers you no escape."

"What we’ve alleged in that indictment is that on October 30, 2002, nearly 20 years ago, Mr. Jordan and Mr. Washington walked into a music studio in Queens where Mr. Mizell and others were working essentially, hanging out, and they walked in and murdered him in cold blood," DuCharme said.

Jam Master Jay was the one-man band for Run-DMC -- a DJ with scratches and beats that kept the party going while the Rev. Run and DMC unloaded rhymes. Yet the pioneering rapper encountered the same fate as the greats after him like Tupac Shakur and the Notorious B.I.G.

Jay's studio has been converted into the Hall of Fame studio owned by a new company that has kept Jay's legacy alive with painted murals and several RUN DMC memorabilia that decorate the walls.

"To family and friends of Mr. Mizell who endured a heavy burden of grief over these many years, we hope that today’s arrests and indictments and this announcement will bring some measure of peace," said Daryl McCormick, ATF Assistant Special Agent in Charge.

Jay's family released a statement later on Monday, thanking those who reached out to them in wake of the developments.

"Upon hearing this news, we have mixed emotions; we truly hope that these indictments are a solid step towards justice being served in the murder of Jay. We realize that there are other families out there who have lingering pain who continue to wait for their own closure, and we pray that this case gives them hope," the Mizell family said in the statement. "In spite of all the tragedies we’ve seen this year alone, we take comfort in our family, our faith and in time's ability to heal all. We can only hope that this news brings awareness to the fact that Black lives do matter."

Jay's bandmate Darryl DMC McDaniels also said in a statement that he was "relieved" to hear about the charges, and thanked police for their efforts.

"Although this latest news opens up a lot of painful memories for all of us who knew and loved Jam Master Jay, I’m relieved to hear that 2 suspects have been arrested and charged with his murder," McDaniels wrote. "It’s been a difficult 18 years not having him around while knowing that his murderers were not yet indicted for this heinous crime ... I realize this is a first step in the judicial process, but I hope Jay can finally Rest in Peace."

Jordan was arraigned Monday afternoon, prosecutors confirmed, whereas Washington would be scheduled for his first appearance later in the week. Attorney information for the men was not immediately made available.