The woman, who was seated, was grazed on her left cheek by a bullet that went through the back of the bus, according to police

A woman riding on a city bus was struck in the face by an errant bullet, as two groups exchanged gunfire on the street outside, law enforcement sources said.

The 70-year-old was traveling west on a B-25 bus at the corner of Fulton Street and Tompkins Avenue just before 3 p.m. Tuesday, police said. Several gun shots were heard by the bus driver, and he was soon alerted by passengers that someone on the bus had been struck. He drove a few blocks further to get out of the area, and pulled over to get the woman medical help.

The woman, who was seated, was grazed on her left cheek by a bullet, according to police. The bullet went through the back of the bus before striking her. She was brought to Kings County Hospital, where she was listed in stable condition.

The woman, who was seated, was grazed on her left cheek by a bullet that went through the back of the bus, according to policeNBC New York's Ida Siegal reports.

Police sources said that two groups of people where shooting at each other along Tompkins Avenue when a bullet pierced the bus. A man on the corner, who was wearing a red and orange jacket with a gray bottom, jeans and white sneaker, was firing off multiple rounds at the time of the shooting, NYPD Chief Rodney Harrison said.

"Our perpetrator that was wearing a red or orange hacked with a greay bottom, jeans and white sneakers was firing several rounds right off the corner of Tompkins and Fulton Street

"Nobody should have to go through this on a bus or anywhere else. Thanks to the heroic actions of the bus operator by driving passengers out of the line of fire, and radioing to get help, a serious incident did not turn tragic," said President of MTA Bus Company Craig Cipriano. "Our thoughts are with the victim to whom we wish a speedy recovery and we are fully cooperating with the NYPD investigation." 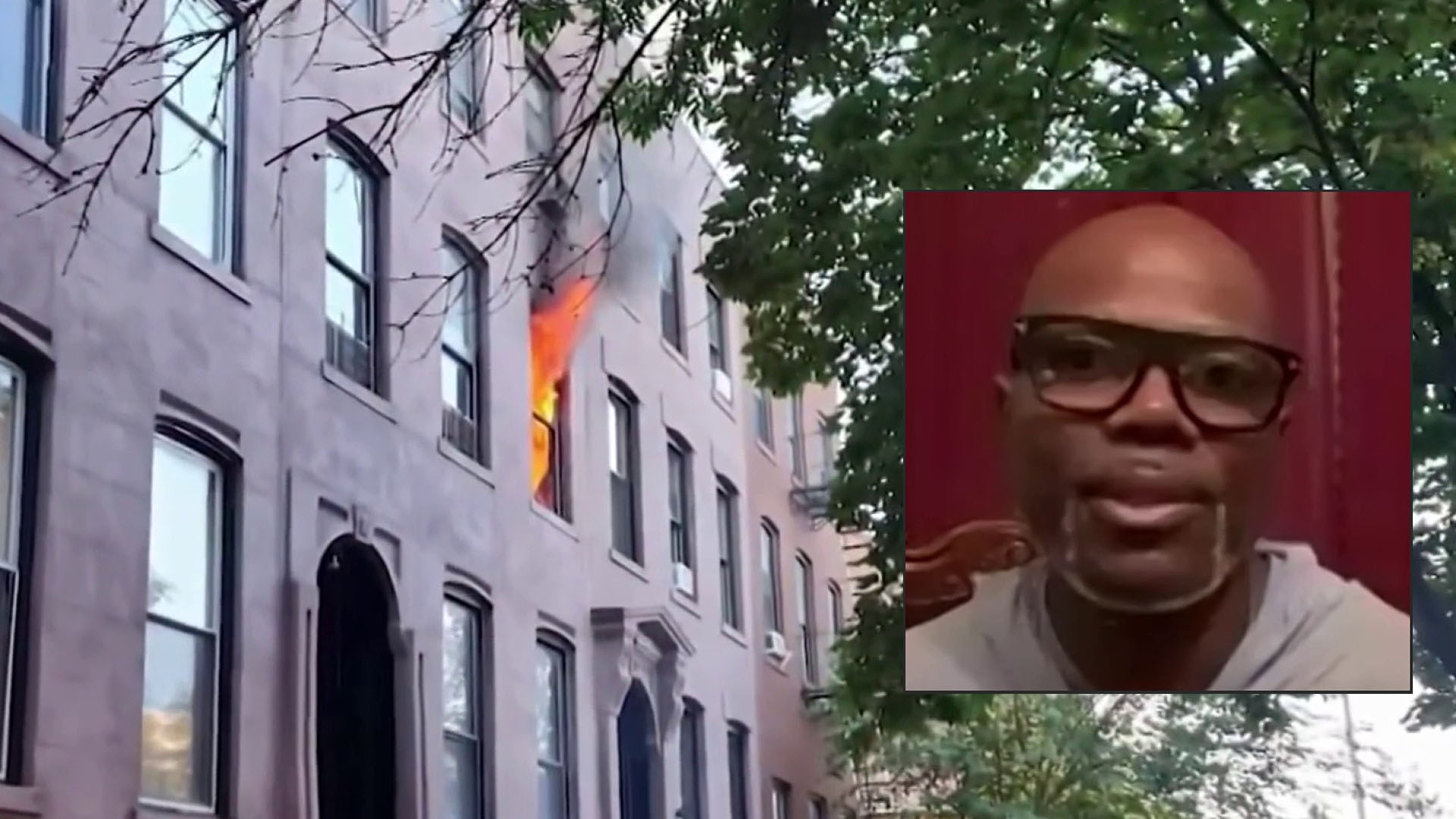 Two shell casings were recovered in the area, and police are on the lookout for the individual. No arrests have been made, and an investigation is ongoing.