"This is a good time to reinforce the things we all should be doing to stop the spread of flu. Wash your hands. Don’t touch your face"

Health officials in Washington state said Sunday night that a second person had died from the coronavirus — a man in his 70s from a nursing facility near Seattle where dozens of people were sick and had been tested for the virus.

Researchers said earlier the virus may have been circulating for weeks undetected in Washington state.

In a statement, Public Health—Seattle & King County said the man died Saturday. On Friday, health officials said a man in his 50s died of coronavirus, the first death from the virus in the U.S.. Both had underlying health conditions, and both were being treated at a hospital in Kirkland, Washington, east of Seattle.

Note: The CDC has not specified where all of the 42 American passengers of the Diamond Princess cruise who tested positive for coronavirus were quarantined in the U.S. This map notes quarantine locations and numbers of cases that have been confirmed from news reports.
Source: WHO, Johns Hopkins University CSSE, NBC News, staff reports

State and local authorities stepped up testing for the illness as the number of new cases grew nationwide, with new infections announced in California, Florida, Illinois, Rhode Island, New York and Washington state.

Authorities in the Seattle area reported four new cases Sunday night, including the man who died. Two health care workers in California were also diagnosed. Of the new Washington state cases, two were women, one in her 80s and another in her 90s. Both were in critical condition. A man in his 70s was also in critical condition. All three were from the LifeCare nursing facility in Kirkland, Washington, where health officials said 50 people are sick and being tested for the virus.

On Sunday night, the International Association of Fire Fighters said 25 members who responded to calls for help at the nursing facility are being quarantined.

The first U.S. case was a Washington state man who had visited China, where the virus first emerged, but several recent cases in the U.S. have had no known connection to travelers.

In California, two health care workers in the San Francisco Bay area who cared for an earlier coronavirus patient were diagnosed with the virus on Sunday, the Alameda and Solano counties said in a joint statement.

The health care workers are both employed at NorthBay VacaValley Hospital in Vacaville, California, and had exposure to a patient treated there before being transferred to UC Davis Medical Center in Sacramento, the statement said. That patient was the first person in the U.S. discovered to have contracted the coronavirus with no known overseas travel.

Alameda County declared a state of emergency on Sunday following the news.

In testimony before the Senate Appropriations Committee on February 25, 2020, Health and Human Services Secretary Alex Azar said "while the immediate risk to individual members of the American public remains low," the transmission outside the U.S. in a number of countries is "deeply concerning."

In Oregon, the state Health Authority said Sunday that a second person in the state tested positive for the virus. The person is an adult in household contact with the first Oregonian to test positive and does not need medical attention, the authority said.

The patients in Rhode Island were on a school trip to Italy together in February. A third person from the trip is being tested, and the school is shutting down for the week.

In New York, officials confirmed Sunday that a woman in her late 30s contracted the virus while traveling in Iran. She has been quarantined to her home in Manhattan. 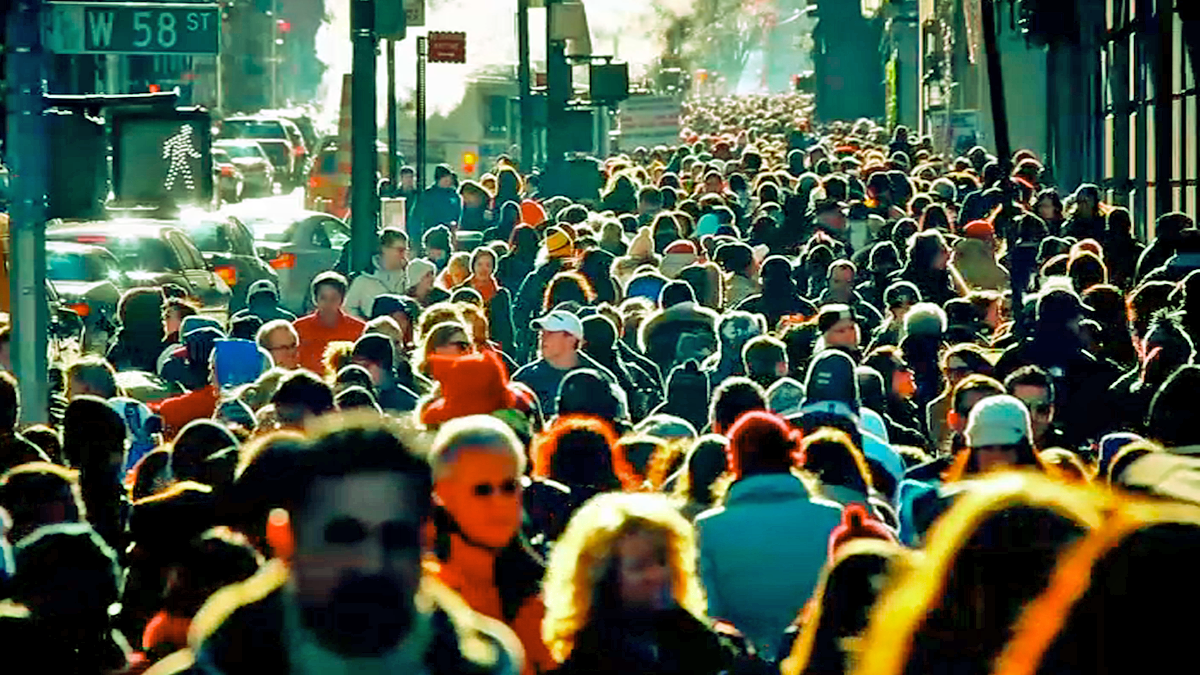 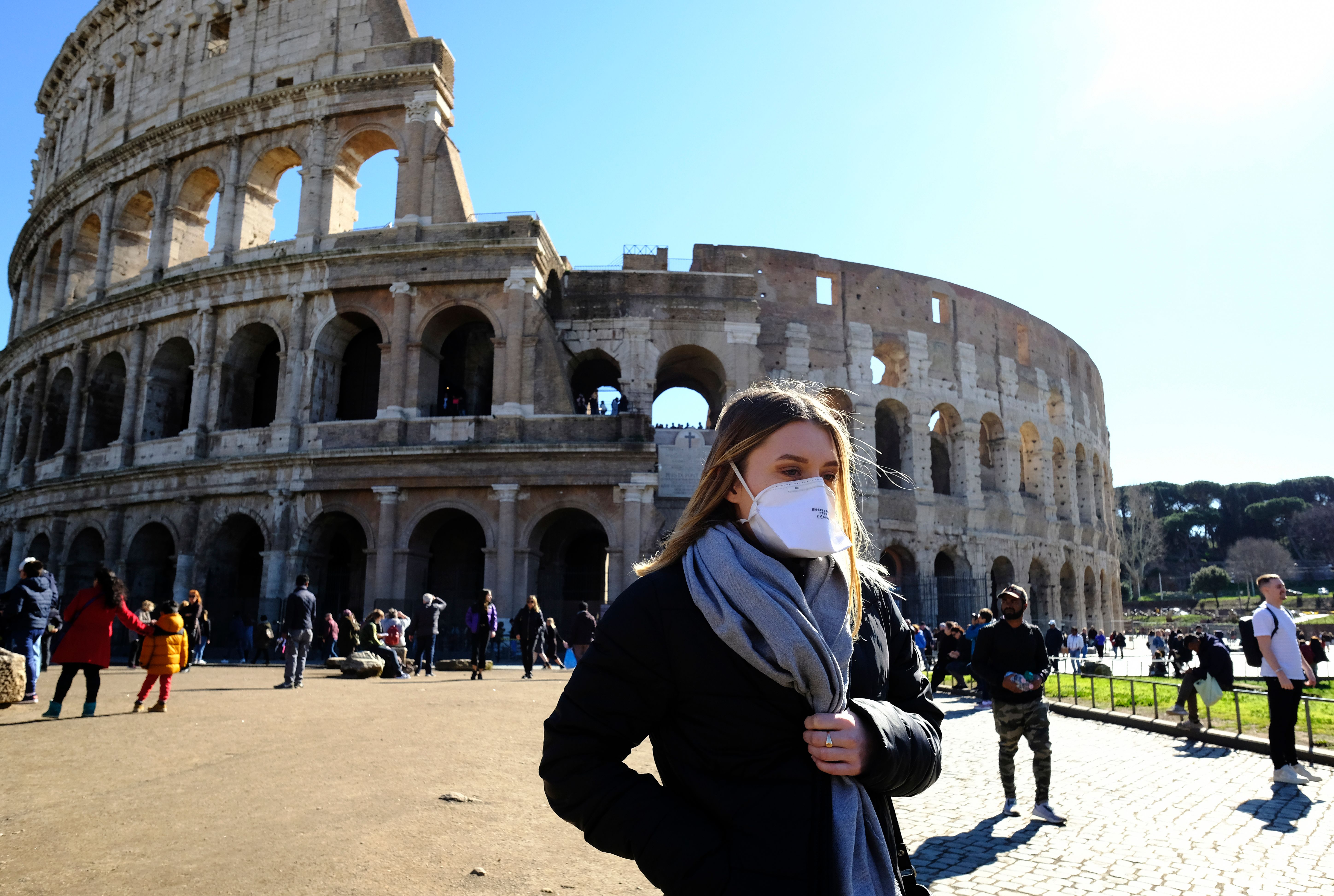 Virus Accelerates in Italy; US Urges Citizens to Avoid North

The Centers for Disease Control and Prevention said Sunday that it was retesting someone in San Antonio, Texas, who had been released from isolation Saturday but later returned after a lab test was "weakly positive." The patient had been treated a local medical facility for several weeks after returning from Wuhan, China. The agency said the patient had met the criteria for release and was asymptomatic. Bexar County Judge Nelson Wolff told the San Antonio Express-News that the patient was a woman who had come into contact with around a dozen people at a hotel. Both Wolff and San Antonio Mayor Ron Nirenberg expressed concerns over the patient's initial release in a statement.

As the fallout continued, Vice President Mike Pence and Health and Human Services Secretary Alex Azar sought to reassure the American public that the federal government is working to make sure state and local authorities are able to test for the virus. Both said during a round of TV talk show appearances Sunday that thousands more testing kits had been distributed to state and local officials, with thousands more to come.

"They should know we have the best public health system in the world looking out for them," Azar said, adding that additional cases will be reported and the overall risk to Americans is low.

As the cases ticked up, some Americans stocked up on basic supplies — particularly in areas with diagnosed cases — and began to take note of the impact on daily life. Stores such as Costco sold out of toilet paper, bottled water and hand sanitizer outside Portland, Oregon, where a case was announced Friday. Sports games and practices were canceled into the coming school week. Some churches said they would not offer communion because of fears of viral spread.

With flu season well upon us, and concerns over the coronavirus growing, NBC 5’s Lauren Petty visited Northwestern Hospital and talked to Dr. Igor Koralnik. Koralnik shows us the right way to get your hands clean in 60 seconds.

As Americans prepared, researchers at the Fred Hutchinson Cancer Research Center and the University of Washington on Sunday said they had evidence the virus may have been circulating in the state for up to six weeks undetected — a finding that, if true, could mean hundreds of undiagnosed cases in the area. They posted their research online, but it was not published in a scientific journal or reviewed by other scientists.

Trevor Bedford, an associate professor who announced the preliminary findings on the virus in Washington state, said on Twitter late Saturday that genetic similarities between the state's first case on Jan. 20 and a case announced Friday indicated the newer case may have descended from the earlier one. The Jan. 20 case was the first known case in the U.S.

"I believe we're facing an already substantial outbreak in Washington State that was not detected until now due to narrow case definition requiring direct travel to China," he said on Twitter.

Bedford did not immediately reply to an e-mail requesting an interview Sunday.

The virus, which causes the COVID-19 illness, has infected more than 79,000 people globally, and caused more than 2,600 deaths, most of them in China.

Scientists not affiliated with the research said the results did not necessarily surprise them and pointed out that for many people — especially younger, healthier ones — the symptoms are not much worse than a flu or bad cold.

"We think that this has a pretty high rate of mild symptoms and can be asymptomatic. The symptoms are pretty non-specific and testing criteria has been pretty strict, so those combinations of factors means that it easily could have been circulating for a bit without us knowing," said Justin Lessler, an associate professor of epidemiology at the Johns Hopkins Bloomberg School of Public Health.

"They show their data and they show their work," Lauring said. "It’s more than a series of tweets" because the researchers back up what they found with data that they've shared online. "If there’s something wrong, someone will find it."

Speaking to a news conference in Geneva, Director-General of the World Health Organization Tedros Adhanom Ghebreyesus said the WHO had received reports of 694 cases from 25 countries and 3 deaths. He said as more data comes in from China, officials are beginning to understand the outbreak and "how it's developing and where it could be headed."

Dr. Carlos del Rio of Emory University School of Medicine said the findings are from respected researchers in genomic sequencing and they make sense because of the geographic proximity of the two cases.

"This is a good time to reinforce the things we all should be doing to stop the spread of flu. Wash your hands. Don’t touch your face. If you have a cold, stay home ... It’s a good time to remind ourselves of that," he said.

Pence, named by the president to be the point-person overseeing the government's response, said more than 15,000 virus testing kits had been released over the weekend. And, the administration is working with a commercial provider to distribute 50,000 more, he said.

The vice president said testing was among the first issues raised by governors he's spoken with so far. Several states have begun their own testing, including Washington state, Oregon and Illinois.

"We're leaning into it," Pence said.

Azar said more than 3,600 people already have been tested for coronavirus and the capability exists to test 75,000 people. He forecast a "radical expansion of that" in the coming weeks.

Pence and Azar spoke a day after President Donald Trump approved new restrictions on international travel to prevent the spread within the U.S. of the new virus, which originated in China. There are now more than 80,000 cases worldwide and about 3,000 deaths.

The number of known coronavirus cases in the U.S. had reached at least 80as of Sunday, counting people evacuated from a cruise ship and the city of Wuhan in China.

Tokyo Disneyland and DisneySea will be closed until March 15 in an effort to prevent the spread of COVID-19.

Trump said Saturday at a White House news conference that he was thinking about closing the southern border with Mexico as a precaution. Azar said Sunday that Mexico has few coronavirus cases and that it would take a dramatic change in the circumstances there to prompt serious consideration of a border shutdown.

The president, Azar said, "was trying to say everything's on the table."

"We will take whatever measures are appropriate and necessary to protect the American people, but we don’t forecast doing that any time soon," he said of closing the border.

CORRECTION: This story has been corrected to reflect that the hospitalized patient in Rhode Island is a man, not a woman, who traveled to Italy in February.