A public school in Brooklyn is looking to show how classes can be moved outside to more safely facilitate in-person learning.

Teachers and parents at Public School 15 in the Red Hook neighborhood took to the street outside their campus Wednesday to demonstrate one way outdoor learning could work.

From afar, the demonstration looked like a street fair or a farmer’s market. Past a crossing guard, a traffic barricade and a handwashing station, teachers held lessons with children under 10, who sat on cushions on asphalt.

“Teachers and principals and parents are modeling outdoor learning, and fighting to get more of it and soon,” said Brooklyn City Council Member Brad Lander, who has been polling school districts on their desire for outdoor schooling since July.

The demonstration follows a deal Tuesday between Mayor Bill de Blasio and unions representing school staff and administrators, who had been talking about a possible strike out of concern that the school system wasn’t ready to safely start the school year. In a compromise, the start of mixed in-person and online learning was delayed for several days, and city officials promised to test 10-20 percent of students and staff for the virus each month.

However, one group said Wednesday that it still was not satisfied that enough had been done in order ensure students and staff would be safe. The New York City School Workers Solidarity Campaign, which says it is comprised of educators, parents, nurses, union and community members, said the deal "does not in any way meet the standards for a safe reopening." The group raised similar concerns as the United Federation of Teachers had earlier in the week, with demands for more testing, ventilation, PPE and busing concerns, but also called for no in-person learning until NYC had no new COVID cases for at least 14 — a near-impossible task.

Some teachers vented that the linchpin of the deal, to randomly give COVID tests to some students and teachers at every school starting in October, came without warning, and doesn't necessarily address all their concerns.

"It's not enough, they only kicked the can down the street. We need to only reopen when't it's absolutely safe," said UFT Delegate and parent Jia Lee. 21% of Parents Had to Reduce Work Hours Because of Remote School, Survey Finds 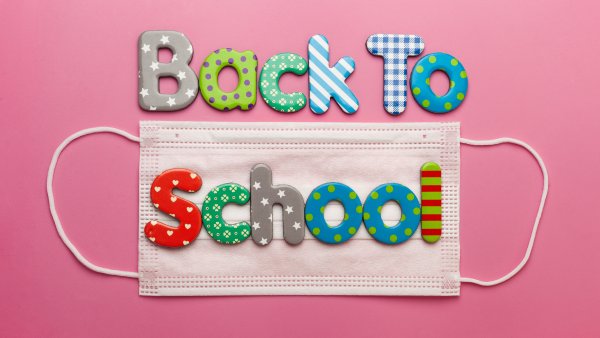 If New York City schools open their classrooms to students as planned on Sept. 21, it will be the largest district to have pupils physically in school buildings during the pandemic. Schools Chancellor Richard Carranza said Wednesday that all 1,500 school buildings in the city would be completed by the end of the day, with Mayor Bill de Blasio saying only a "handful" of those buildings being not yet ready to open. However, given the time extension, it's possible they will be ready for students and staff by then.

Schools like P.S. 15 have completed surveys on their furniture and street permitting needs in recent days as part of a last-minute effort by the city to support outdoor learning. The city’s Department of Education is not expected to respond to the requests before school starts.

The idea of educating students outside in Red Hook would have once raised serious safety concerns.

P.S. 15 is also known as the Patrick F. Daly School, named after a principal who was killed by a stray bullet in 1992 when the neighborhood was infested with violent drug gangs. These days it is exponentially safer, like the rest of the city.

Eighth grader Lina Rosario, of M.S. 839, is looking forward to getting out of the house and seeing her friends again.

“I was sitting at home and it was really boring,” she said of the online learning that started in March, as her mother watched the demonstration outside P.S. 15. “It got really old, really quickly.”

Naila Rosario, 39, co-president of the PTA at Lina Rosario’s school, says feels comfortable with the security measures — a guard at each end of the block — and says streetside classrooms aren’t that different from outdoor school events she’s seen at her school in previous years.

Schools across the country have decided to delay in-person schooling as late as January, citing ventilation issues or lack of space to ensure social distancing.

Supporters of outdoor schooling in Red Hook say that outdoor classrooms can happen on any street with few resources. And while some parents bemoaned the pushed back start date, as they now have to scramble to get child care in order for those days, advocates say the extra days given them a chance to get the permits to open streets at the hundreds of schools who have asked to utilize that method.

"Now we got two more weeks, so there's plenty of time to get this stood up in the ways we need it," said Lander.

The tents used in the demonstration could be vulnerable to wind. The cold might make lessons impossible for a few months. But questions remain as to whether schools can sprawl into city streets while protecting students, and what, if any funding may be available for amenities like tents to protect students from the rain.

But City Councilman Lander argues that some degree of increased outdoor space is possible and useful.

“I think even when it gets really quite cold that kids and teachers would much rather come outside and eat their lunch outdoors than stay sitting at their desks, in the same desk they’ve been sitting at in the same room, with their masks off,” Lander said.