The first U.S. case of the omicron variant was confirmed Wednesday in California, the CDC said; it has yet to be identified in New York but officials say it's just a matter of time before it is detected

Virus hospitalizations, meanwhile, surpassed 3,000 for the first time since late April, marking a 57% increase in the last month alone, Hochul said in her daily COVID update. That's still far from the highest mark of nearly 19,000 back on April 12, 2020, and from the second wave's highest mark of 9,273 back in January.

But it is, Hochul says, cause for some concern, especially for the nearly 20% of New York adults who aren't yet fully vaccinated. And that concern is compounded by the CDC"s confirmation Wednesday of the first U.S. omicron variant case in California.

The governor has said in no uncertain terms that it's just a matter of time before it is identified in New York, and she is preparing accordingly. The state department of health is coordinating National Guard deployment with facilities identified as being in need of extra resources and is prepared to deploy more resources accordingly.

"As the weather gets colder and friends and family gather indoors for the holiday season, the risk of a winter spike in COVID-19 cases rises," Hochul said in a statement. "We have the tools to fight this virus -- get vaccinated if you haven't and get the booster if you're vaccinated. Wear a mask, wash your hands and keep you and your loved ones safe."

That doesn't appear to be the case just yet, Mayor Bill de Blasio said. The Democrat, who has been pressed repeatedly on the issue since he and his top health officials dropped a new mask advisory this week recommending use for all indoors amid the anticipated threats, said Wednesday that a new face-covering mandate is "an option if we get specific data that tells us it's needed."

That data isn't there at this point, he said.

Instead, de Blasio doubled down on vaccination, saying it comes down to what officials think will ultimately "work" as far as eradicating the COVID-19 pandemic.

De Blasio's is a common refrain among elected Democrats across the U.S. as they seek to shore up defenses against the still-present threat of the delta variant and plan for the unknowns that omicron could bring once its presence is confirmed.

That first U.S. confirmation came Wednesday. The CDC said it, along with San Francisco's health department, had confirmed an omicron case in a traveler who had returned from South Africa, where the strain originated, on Nov. 22. 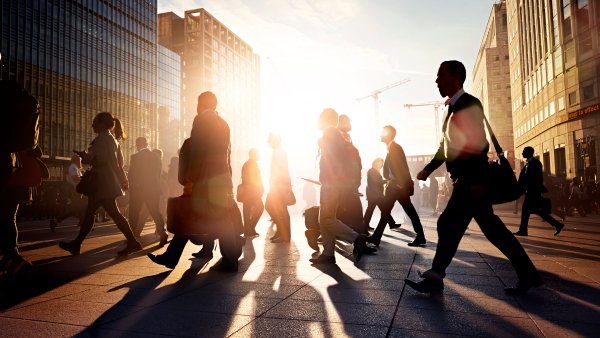 Could Covid's Omicron Variant Impact Your Workplace? Here's What to Know

Experts including Dr. Anthony Fauci had believed omicron was already in the U.S. prior to Wednesday's confirmation, though such a small subsample of positive cases are genetically sequenced to isolate variants that, as Americans have learned, it takes time to detect new ones. California sequences about 5.7% of all positive samples, for example, according to the latest CDC data, while New York sequences about 3.5% of the once-again rising pool.

Officials say it's only a matter of time before omicron is detected locally. It was first identified in South Africa a week ago and has since seen confirmed spread to nearly two dozen countries, including the United Kingdom, Canada, Italy, Germany, Japan and now the United States. Its emergence, the implications of which lack any significant scientific evidence at this early stage, has prompted nations to reimplement travel bans or pause easing restrictions -- and the United States is expected to toughen testing requirements within days.

Mutations are par for the course for viruses of any kinds, though this latest COVID strain first identified in South Africa has already been deemed a variant of concern by the World Health Organization because the evidence to date suggests it might be more transmissible than earlier strains, as delta was, and more prone to reinfection.

While the share of COVID breakthrough cases has risen markedly in recent months at city, state and national levels because of delta and waning immunity, that share is still just a small fraction of all new infections. And research continues to show all of the federally authorized vaccines are exceptionally effective at preventing severe COVID-related illness and death among fully vaccinated people of all ages. 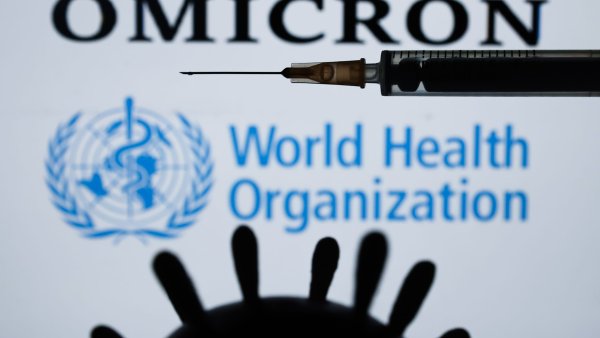 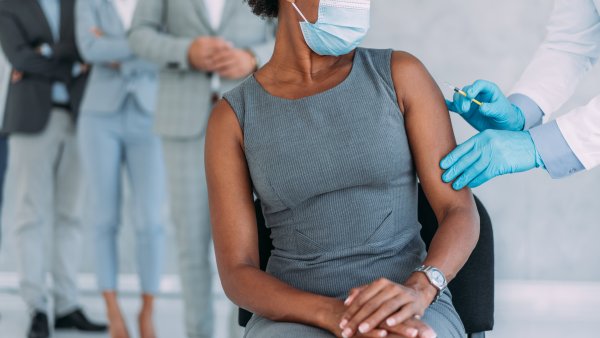 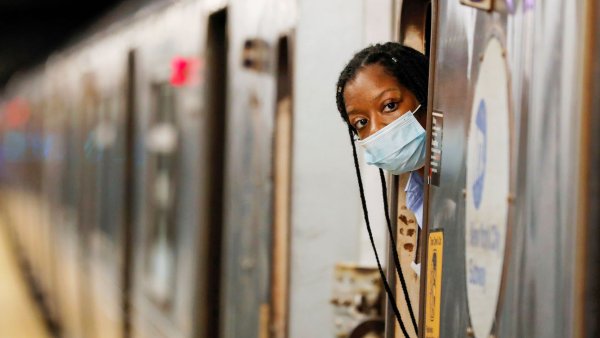 Still, the perceived looming presence of yet another roadblock at all levels of recovery from this now years-long pandemic -- and the ongoing pain its still-unraveling catastrophe has caused millions of people across the world -- is stoking anxiety once again in the minds of many as well as early action from those elected.

Hochul, who is running on the Democratic ticket for 2022, implemented a state of emergency over the weekend to expedite access to federal resources as needed and prepare a hospital surge-and-flex program for the same.

In a statement, Hochul acknowledged omicron hasn't been found here yet but said "it's coming." And on Monday, she said hospitals in the state experiencing a shortage of beds must call off all non-urgent surgeries starting this Friday.

The governor had said 32 to 36 hospitals in upstate New York with bed capacity below 10% could potentially have to halt performing elective surgeries. State health officials will reevaluate those specific hospitals by mid-January, Hochul said.

As for a statewide mask mandate, the governor said she didn't that would do much to stop potential spread, citing noncompliance among certain crowds in certain lower vaccination rate parts of the state as an ongoing frustration.

In the meantime, she encouraged everyone to double down on precautionary measures: mask-wearing, hand-washing and getting vaccinated, saying the latter "remains one of our greatest weapons in fighting the pandemic."

The CDC has underscored the points by Hochul and de Blasio and similar to New York City recommends wearing a mask in indoor public places, especially those perceived to be higher risk settings, as a precaution.

Though WHO has labeled omicron a variant of concern, top health officials in the U.S. and New York City say more research is needed to conclude that definitively.

Dr. Francis Collins, director of the National Institutes of Health in the United States, has emphasized that there is no data yet that suggests the new variant causes more serious illness than the previous COVID-19 variant. Collins acknowledged it does appear, at least based on current data available, to be more contagious.

"We do not yet have reliable evidence about whether this variant is easier to spread, more likely to lead to severe illness or able to avoid antibodies from vaccines or previous infections. However, there are early signs it may have the ability to spread rapidly," the city's COVID website reads.