The threat of another winter surge of the coronavirus has New York officials playing defense again, but separating them from the deadly chapter of last winter are vaccines and the go-ahead from the feds to get a booster.

That's why elected leaders continue to push vaccination as the main line of defense against the still-present threat of the delta variant and what unknown problems the omicron variant could bring once it lands — or is confirmed — in the U.S.

"We are not defenseless, vaccinations and testing are the best tools we have in preventing further spread of the virus and its variants," Gov. Kathy Hochul said in a press release Monday. "If you have yet to get your vaccine, go out and do so as soon as you can and if you're due for your booster, doses are readily available across the state."

After news of a newly detected variant exploded over the Thanksgiving weekend, New York leaders sprang into action Monday, not just to address rampant concerns of the new strain, but to address rising stronghold of delta. Particularly in parts of upstate New York, a rise in positivity and hospitalizations aided Hochul's decision to declare a state of emergency last week.

Effective Friday, hospitals in the state experiencing a shortage of beds must call off all non-urgent surgeries, Hochul announced Monday. The governor said 32 to 36 hospitals in upstate New York whose bed capacity is below than 10% will need to halt their elective surgeries. State health officials will reevaluate those specific hospitals by mid-January.

"We know the areas that we need to deploy the most resources, and that's exactly what we're doing," the governor said.

As of Monday, hospitals downstate, in New York City, Long Island and the mid-Hudson region, continue to have higher volumes of available beds, Hochul said.

The latest figures from the state show the number of people hospitalized for COVID-19 across New York is climbing closer to 3,000, and is up more than 1,000 over the last three weeks — the first time hospitalizations has eclipsed the 1,000-mark since late April. That's still far from the highest mark of nearly 19,000 back on April 12, 2020, and from the second wave's highest mark of 9,273 back in January.

On Sunday alone, the state recorded 41 additional deaths and has more than 550 patients now in the ICU, with the state's seven-day average of positivity ticking above four percent.

The effort to keep the vaccination push front and center as the primary tool against any and all variant threats was doubled down on by Mayor Bill de Blasio and Mayor-elect Eric Adams, who joined the former at a Monday press conference. Their tripling down on vaccine messaging was coupled with a renewed masking message from the city's health commissioner.

Dr. Dave Chokshi said a new advisory "strongly" recommends New Yorkers wear face masks in all public indoor settings, regardless of vaccination status and previous COVID infection, although the city has not legally mandated it — yet. De Blasio said that they considered that option, but said they want to "keep the focus on vaccination."

Hochul said that she didn't think a mask mandate would do much to stop the spread, as noncompliance among some crowds would remain.

Dr. Chokshi emphasized early data doesn't answer all questions surrounding omicron's transmissibility and severity — those will likely come in the next few weeks. Other health experts agreed, saying that it'll be weeks until officials know for sure whether omicron can outsmart the vaccine.

“We should be focusing on those who are very sick or will be in the hospital. COVID is going to be with us rest of our lives — we have to learn to deal with this virus,” Dr. Mitch Katz, president of NYC Health + Hospitals, said.

In line with prioritizing vaccination, the mayor announced an expansion of the city's mandate to include all childcare and early intervention program workers. Those under the expanding mandate have a deadline of Dec. 20.

The omicron variant has not been detected in New York City, where delta remains the prominent variant of concern, making up the overwhelming majority of positive cases. But if the new variant is anything like delta, the strain that quickly became the dominant one due to its transmissibility, unvaccinated people remain the greatest concern.

Flights from South Africa and seven other southern African countries into John F. Kennedy International Airport were filled with only American citizens on Monday as the nation's travel ban meant to slow the spread of a new COVID-19 variant goes into effect.

It's still unclear exactly how great a danger omicron poses to New Yorkers -- vaccinated or not -- but Hochul encouraged everyone to double down on precautionary measures: mask-wearing, hands washing and getting vaccinated.

"The vaccine also remains one of our greatest weapons in fighting the pandemic, and this news further emphasizes the need for each of us to get vaccinated and get the booster if you're fully vaccinated," Hochul said.

The CDC says unvaccinated individuals are more likely to get infected, and therefore transmit the virus. There have been cases of breakthrough infections in fully vaccinated people but it's less frequent and they're less likely to develop serious illness.

The health agency similarly recommends wearing a mask in indoor public places. New York state has a number of indoor mask policies in place amid the rise of delta, however, fully vaccinated individuals aren't required to wear masks when gathering with loved ones at home or in other private settings.

Meanwhile, the governor has also declared a state of emergency ahead of potential COVID-19 spikes this winter due to the already-circulating delta and newly-identified omicron variants. The declaration, which goes into effect on Dec. 3, will allow the state to acquire pandemic-fighting supplies, increase hospital capacity and fight potential staffing shortages. It would also allow the state Health Department to limit non-essential and non-urgent procedures at hospitals. 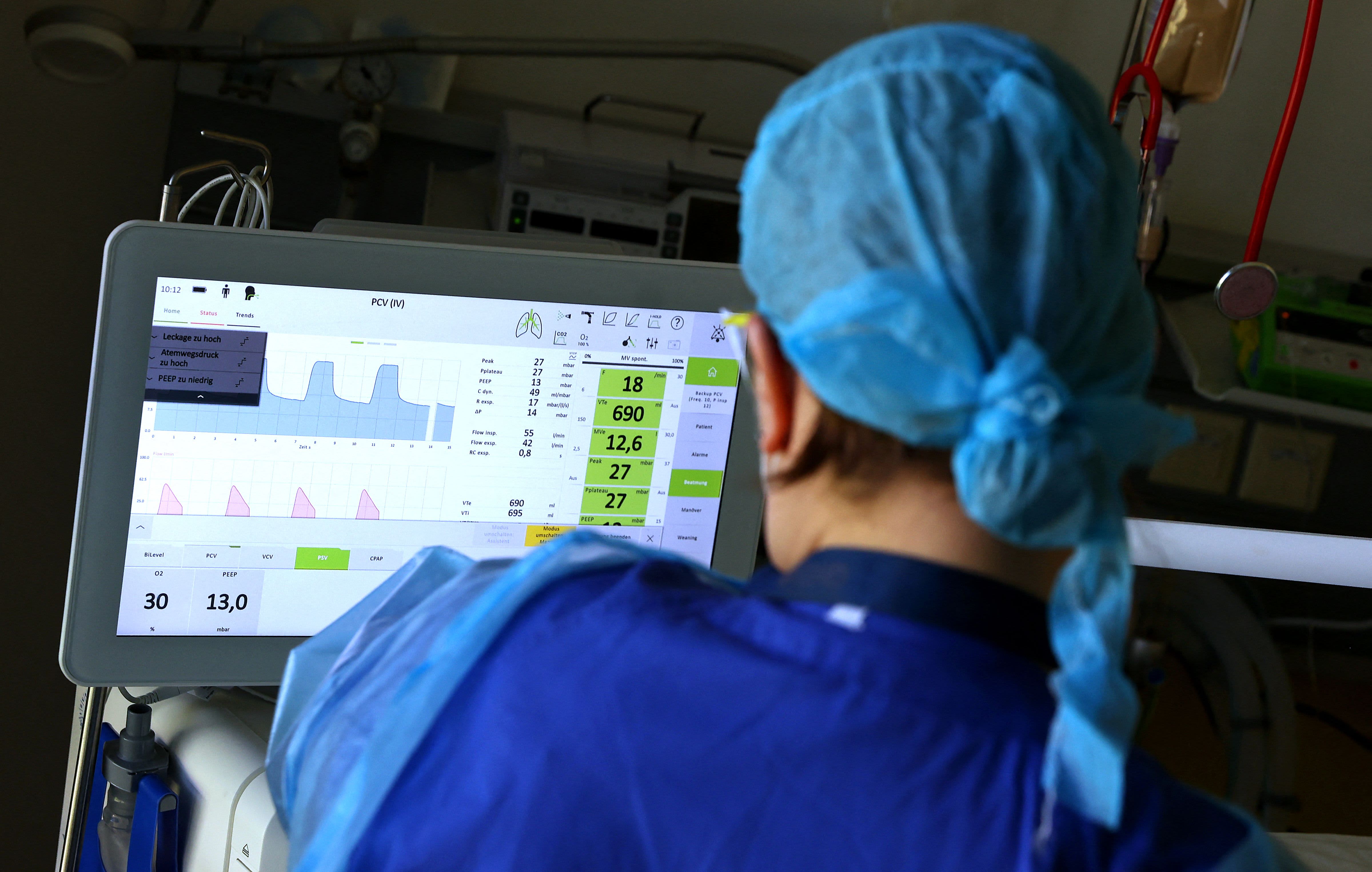 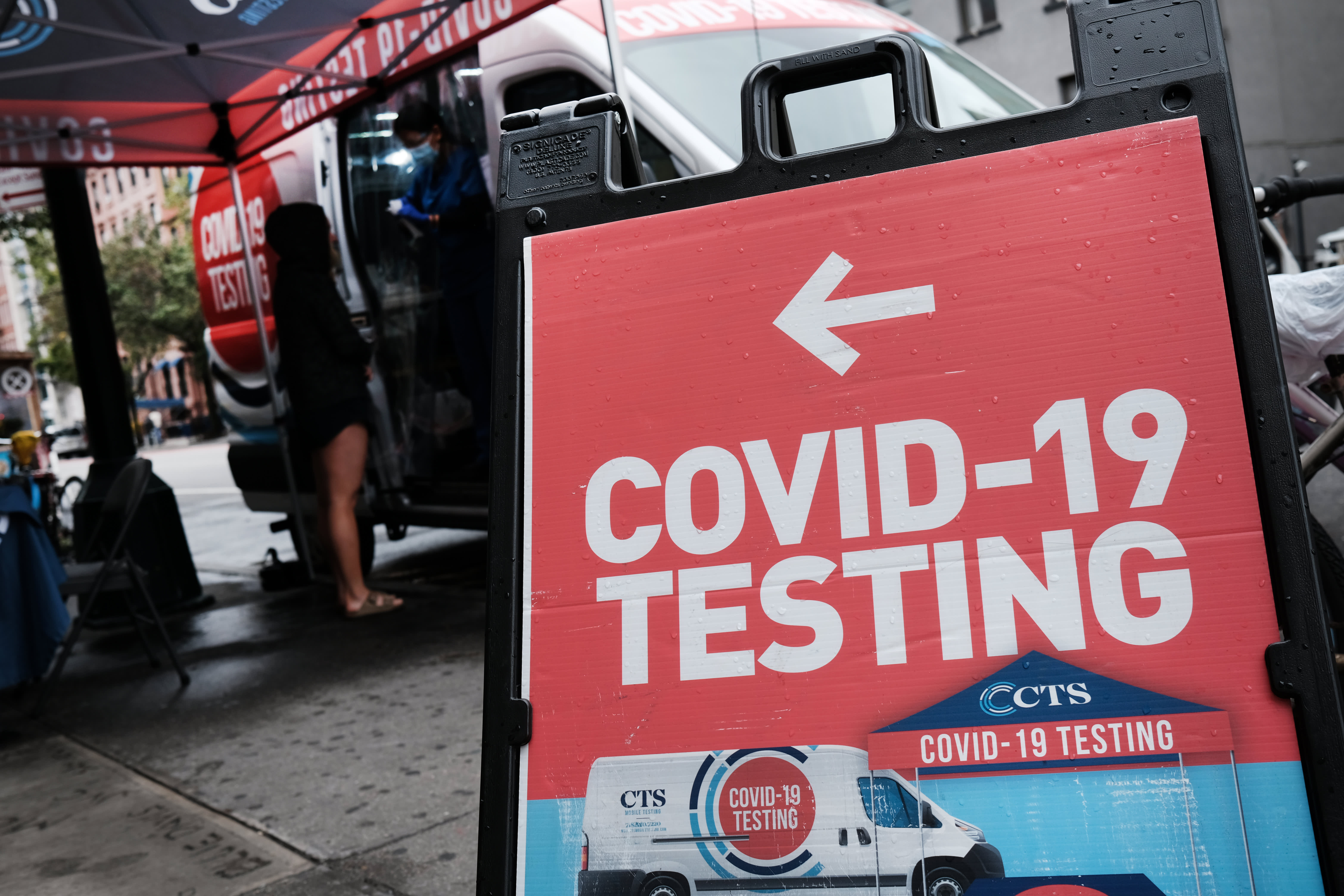 The new strain, which sports about 50 mutations, was first identified by South Africa health officials earlier this week and was quickly labeled a variant of concern by the World Health Organization. On Friday, the WHO named the variant omicron and warned that preliminary data suggested it had greater potential to evade immunity than previous variants.

Dr. Francis Collins, director of the National Institutes of Health in the United States, emphasized that there is no data yet that suggests the new variant causes more serious illness than previous COVID-19 variants.

“I do think it’s more contagious, when you look at how rapidly it spread through multiple districts in South Africa,” Collins said on CNN’s “State of the Union.”