Statewide, the rolling positivity rate is about 6%, comparable to around Dec. 17, just before omicron's explosive infectiousness sent cases surging to record highs

New York's mask mandate will remain in effect while the state appeals a ruling from a lower court judge overturning it, an appellate panel of judges ruled late Monday.

The ruling from the four-judge panel followed an appeals court judge's decision last week temporarily restoring it the day after the initial ruling overturning it.

The state's health commissioner had reinstated the mask mandate in mid-December over a surge in coronavirus cases, requiring masks in schools, health care facilities, homeless shelters, jails, public transportation, and in any indoor public area where vaccination wasn’t required for entry.

It was initially put in place for a least a month; it has now been extended to Feb. 10.

A group of parents sued over the mandate, and in the initial ruling against it, a judge said the governor and the health department didn't have the authority to reinstate it.

In the decision from the appeals panel, the judges said the mandate would be in place until the state's appeal of the lower court ruling was decided, and said the state had until March 2 to file. It might not be needed that long. 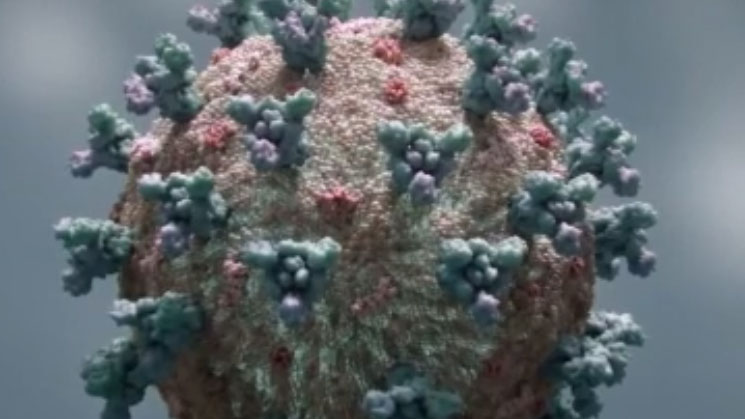 The legal developments come as COVID-19 cases continue to plummet in New York, nearly slashing by half since last week as confirmed positives decline in all 10 regions.

Statewide, the rolling positivity rate is 5.92%, marking a 17 point drop from the Jan. 2 peak. It's now comparable to around Dec. 17, just before omicron's explosive infectiousness sent cases surging to record highs.

New hospital admissions are down substantially, too, with Hochul reporting about 7,100 on Tuesday -- a 43% drop from last month's peak as more people are able to resolve their symptoms at home, and in fairly short order. New York City accounts for fewer than half of those admissions and is seeing continued decline.

One well-known Manhattan emergency room doctor tweeted Tuesday that he didn't have a single COVID patient in a 12-hour shift the night before.

Daily statewide deaths, meanwhile, continue to hover in the 90-to-130 range, with Hochul reporting another 122 on Tuesday. That metric, the ultimate lagging indicator, will be the last to see decline.

And while Hochul says all signs appear to be encouraging at this point, she warned New Yorkers not to lower their guards.

"The numbers are trending down. This is not saying it’s over," Hochul said as she delivered her COVID briefing from a Bronx hospital on Tuesday. "We have a little ways to go. We believe we’re finally turning the corner on this winter wave and we’ll continue preparing for whatever the future brings."