While omicron has led to more breakthrough infections than any other COVID-19 variant to date, vaccines have held up when it comes to hospitalizations, new state data out of New York shows

New York smashed its single-day COVID case record for the fifth time in a week Wednesday, an astounding 28,924 new infections that mark a 30% jump from the record set earlier this week, as new state data shows the stark rate of vaccine efficacy decline when it comes to new infections for certain age groups.

Gov. Kathy Hochul, who has remained adamant there will be no new COVID-related shutdowns in New York amid this explosive omicron surge, held to that contention but acknowledged this particular variant appears quite adept at evading vaccine protection when it comes to infections. That's not true with more severe cases.

"The vaccine wears off after a period of time. Yes, you needed it at the time and it fought against delta but this new variant is not being as strong against it," Hochul said, specifically referring to the increasing number of breakthrough infections.

The table below, part of the state's breakthrough data reporting, shows that clearly. The week of Nov. 29, days before New York reported its first omicron case but weeks after the variant had likely started spreading, data shows a 77.4% vaccine effectiveness rate for preventing new cases among those aged 18 to 49 and 80.3% and 92.6% rates, respectively, for those in the 50-64 and 65 and older age groups. In the most recent week assessed, those numbers were 66.4%, 77.3% and 93.3%.

And for those aged 65 and up, vaccine effectiveness against hospitalization climbed: from 96.6% to 97.1%. That, Hochul says, showers the power of vaccines and boosters, especially, to protect against severe illness and COVID-linked death.

Yes, the cases are surging, but as Hochul and others are painstakingly trying to point out to their anxious populace, that is not the primary concern.

Virus hospitalizations are at their highest levels since the second week of April, with Hochul announcing a total of 4,452 as of Wednesday. That's more than double the total registered on Nov. 1 and an increase of 44% in the last three weeks, though the vast majority of those more severe cases are being fueled by the unvaccinated.

Elective procedures were paused in nearly three dozen mostly upstate hospitals earlier this month to preserve bed capacity ahead of the surge, though that number fell from 32 to 28 earlier this week, Hochul said.

She also ordered all nursing homes to make boosters available to patients and staff, citing reductions in two-dose vaccine efficacy over time as it relates to the omicron variant in populations of all ages.

Additional COVID booster shots are being made available to all regions, Hochul said. Data from both Pfizer and Moderna shows their boosters multiply protection against COVID-19 considerably, especially when it comes to severe cases.

Hochul's remarks came roughly two hours after New York City Mayor Bill de Blasio reported a "staggering" number of new cases overnight for the five boroughs but similarly urged calm. The cases are unprecedented but the hospitals are OK, people are not dying the way they were a year ago (or two), it'll pass, he and experts say.

Still, the public is exceedingly anxious, with the COVID situation continuing to worsen to varying degrees -- and expected to keep doing so from an infection standpoint -- through the early part of 2022 at least.

It's more than likely that some of the public anxiety is due not just to the sheer increases in infections but the emotions these skyrocketing numbers evoke.

It's an involuntary 2020 flashback for many New Yorkers, whether it's warranted from a public health perspective or not. Whether they lost someone (or someones) close to them, had to go on unemployment or have struggled to cope with the seemingly endless vibrations for most of the last two years with little respite, believing officials when they say, "Don't panic," can be a lot easier said than done.

The first U.S. omicron case was reported on Dec. 1. It took the heavily mutated variant less than three weeks to establish its dominance in America -- and nowhere is its unprecedented infectiousness more evident than in the New York area.

The CDC estimates more than 90% of current cases in the metro area -- one that for its genomic surveillance purposes includes New York, New Jersey, Puerto Rico and the Virgin Islands -- are associated with omicron. That's up from 25% last week.

New mass testing sites, including sites in New York City, are expected to open in the Empire State courtesy of the federal government to accommodate the influx in test demand, Hochul said Wednesday. The locations weren't immediately clear. 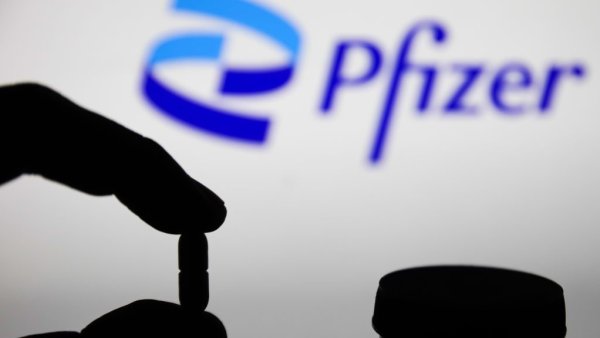 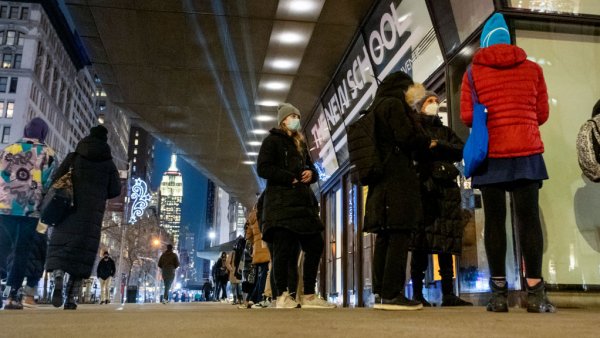