An affidavit from a 10-year-old eyewitness, now a man in his 30’s, stated that he initially picked a different man in the line up, but a detective encouraged him to go back in and pick again — when he picked Jaythan Kendrick

Two and a half years after the I-Team first revealed problems with the police line-up that led to Jaythan Kendrick’s arrest for murder, a Queens judge threw out his conviction and apologized on behalf of the justice system Thursday.

“Sometimes the system of justice that we have in New a York and America a is woefullly inadequate,” said Judge Joseph Zayas. “This miscarriage of justice in my view is monumental and it took way, way too long to discover.”

It was a dramatic ending to a man’s decades long crusade to prove his innocence from behind bars.

“Twenty-six years ago on Thanksgiving I got arrested so I’m looking forward to turkey right now,” Kendrick said, after walking out of the Queens Courthouse as a feee man. 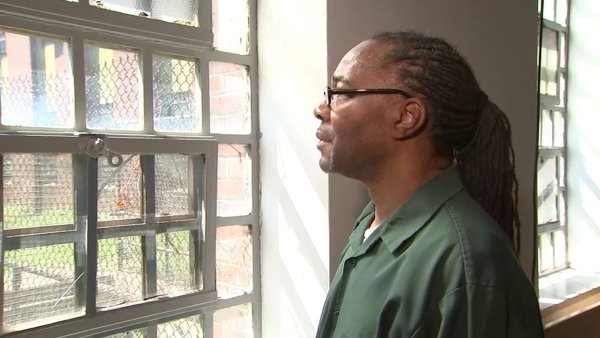 Kendrick, now 63, was convicted in 1994 of murdering Josephine Sanchez, an elderly neighbor who was stabbed to death with a scissor blade outside the Ravenswood Public Housing complex.

Shortly after the crime, Kendrick was walking by the investigation scene and voluntarily agreed to speak with police. He also agreed to take part in a witness identification line-up, in which the crime’s only eyewitness, a 10-year-old boy, picked Kendrick.

In 2018, the I-Team was first to report on an affidavit from that 10-year-old eyewitness, now a man in his 30’s, who said he initially picked a different man in the line up, but a detective encouraged him to go back in and pick again. On the second try the witness said he picked Kendrick.

“When I heard the eyewitness was a 10-year-old boy who said he saw the guy running away from 3rd floor window, I realized there were all sorts of problems with this case,” said Dan Slepian, a producer at Dateline NBC who was one of the first investigate Kendrick’s claim of innocence.

In a 2018 interview with the I-Team, the original prosecutor on the case, James Quinn defended the conviction.

But in a stark departure from the previous administration, Melinda Katz, the newly-elected Queens DA, asked her Conviction Integrity Unit to re-investigate the case. Working with the nonprofit Innocence Project, prosecutors obtained new tests showing another man’s DNA under the victim’s fingernails and other tests that failed to find the victim’s DNA on a purse that was alleged to have been stolen in the crime. That evidence, along with new witness statements convinced Katz, Kendrick was wrongly convicted.

“I walked the same path as the victim and the killer and we decided this was the right thing to do,” Katz said. “I am the District Attorney but I believe we need to seek justice.”

At the conclusion of the hearing, Judge Zayas noted that he was not the judge who presided over the original case, but he felt compelled to apologize on behalf of the entire Court for depriving an innocent man of freedom - for a quarter century.

“I think it is important for me to say sorry to you,” Zayas said. “Even as I recognize that this apology comes way too late.”