I-Team: Their Rape Claims Were Rejected. They Blame a Loophole in NY's Sex Crime Law

Two students from St. John's University alleged they were raped by the same male student, and although one of the accusers took her claim to police, the other says an investigator with the school's public safety discouraged her from doing so

Two students at St. John’s University say they were raped by the same male student but their allegations have fizzled, and they blame the way New York’s law treats accusers who drink alcohol or take drugs.

“I was very drunk. I blacked out,” said one of the women. “The next thing I know, we’re having sex.”

The other woman, a long time girlfriend of the accused male, told the I-Team he took advantage of her when she was basically unconscious.

“I blacked out,” she said. “I wake up for four seconds in the middle of the night and he’s raping me.” 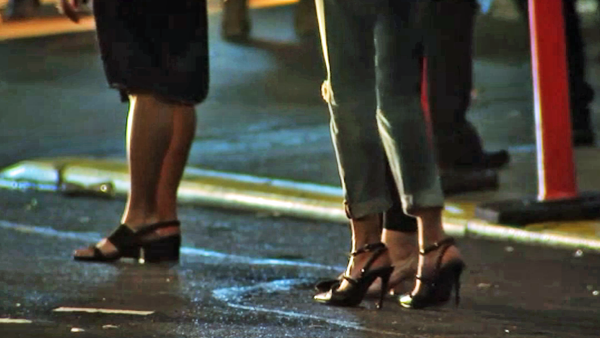 According to investigative records from St. John’s, the university could not substantiate one of the women’s claims. But in the case involving the other - college officials found 2 violations of the school’s policy on “Non-Consensual Sexual Penetration” and issued a one-year suspension for the accused student. In that case text messages appear to show the male student engaged in sex despite the fact that his partner was so impaired by drugs he couldn’t understand her speech. In one text he writes “u were moaning and crying I couldn’t understand what you were saying.” In another text he writes, “I thought U were going to die when I walked in that room,” apparently referring to how intoxicated she appeared before he began to have sex with her.

That female accuser says she took those text messages to police, but a detective told her Queens prosecutors would not take the case.

“He just said there isn’t enough evidence,” the woman recounted.

Chris Policano, a spokesman for Queens District Attorney Melinda Katz, said the office could not comment publicly on reasons the prosecution was declined. But he said Katz supports Assembly Bill A5519 and Senate Bill 452, two pieces of state legislation that would make it easier to prosecute people who have sex with severely impaired victims.

“District Attorney Katz believes that the penal law should be amended to allow prosecutors to bring sex crime charges in cases where it would have been obvious to a reasonable person in the defendant’s position that the victim was intoxicated to a degree that rendered him or her incapable of giving consent,” Policano wrote in an email to the I-Team.

With just hours left in the current legislative session, NY lawmakers have yet to act on the "rape intoxication: bill. The I-Team's Chris Glorioso reports.

In 2019, the I-Team was first to report on a letter penned by Manhattan DA Cyrus Vance, expressing frustration with the state’s current criminal code because it doesn’t classify severely drunk and impaired people incapable of consent. After that I-Team report, State Senator Allesandra Biaggi (D – Bronx and Westchester) drafted a bill to close the voluntary intoxication loophole. Biaggi’s bill passed the Senate and had Governor Cuomo’s support in 2020, but it stalled in the State Assembly Codes Committee where it never got a vote.

This year, the Codes Committee has a new Chairperson – Jeffrey Dinowitz (D-Bronx) — and he happens to be the primary sponsor of the voluntary intoxication loophole bill. Though Dinowitz has the power to force a vote in his committee, he said he wouldn’t move his own bill until after the state budget is settled. And he stopped short of pledging force a vote at any time.

“I could put it to a vote tomorrow and if it fails, then what?” Dinowitz told the I-Team. “I don’t know if that would happen. I want the bill to pass.”

The I-Team found at least 7 of 22 Assembly Codes Committee members voicing support for closing the voluntary intoxication loophole, including the committee’s ranking Republican, Angelo Morenello (R- Niagara Falls), a retired judge who says he’ll encourage other Republicans on the committee to get behind the bill.

“It’s a good bill and I will support it,” Morenello said.

The governor's office acknowledged that reporting by the I-Team's Chris Glorioso spurred the initiative to change the state's rape law, which would make it illegal to have sex with someone too drunk to give consent. Cuomo will also make the legislation a centerpiece of his 2020 state of the state address.

“It is important to close this loophole,” Weprin said. “This has been a real problem on college campuses.”

When asked if he’s heard of any significant opposition to the bill, Weprin said there have been concerns raised about expanding criminal liability – when the state legislature has been so focused on criminal justice reform in recent years. Last year a group of eight female public defenders signed a letter saying the bill “fails to give adequate notice of when sexual contact becomes a crime.”

Although one of the two St. John’s accusers took her claim to police, the other says an investigator with the school's public safety discouraged her from doing so.

“When I initially reported it, the detective on my case, he alluded to the fact that if I were to bring this to the police they wouldn’t take it because of the fact that I was intoxicated.”