Sara Gore is an Emmy winning lifestyle host for NBC and LXTV. She is co-host of New York Live, NBC 4 New York’s lifestyle show, airing weekdays at 11:30AM. Together with co-host Jacque Reid, New York Live’s dynamic duo serves audiences a daily dose of the very best New York has to offer from the latest fashion trends to celebrity news and interviews, top food and restaurant choices, and entertainment.

Sara puts her live interviewing skills to the test as she serves as a host for NBC’s First Look Live on the Red Carpet Specials for the Golden Globes, Primetime Emmy Awards, and for this year's SNL 40th Anniversary Special.

Early in her career, Gore pursued her passion for food by working as a personal chef, running her own catering company, and as a line cook for internationally renowned chef/restaurateur, Jean-Georges Vongerichten. She has continued to demonstrate her cooking skills on both television (The Today Show, The Steve Harvey Show, The Martha Stewart Show) and at home for her husband and two sons. 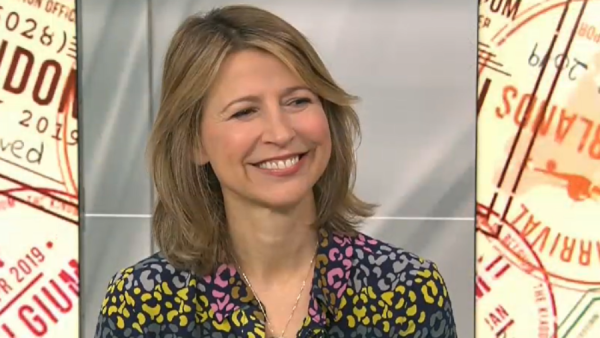 Getting Schooled With Sheryl Lee Ralph

Prior to joining NBC 4 New York, Reid was a regular guest co-host on ABC’s Emmy Award-winning show The View  as well as a correspondent for the nationally syndicated Tom Joyner Morning Show where she presented her segment, Inside Her Story, a feature focused on women’s issues. Presently, Jacque continues as a correspondent with the Joyner show as well as a co-host of the AR Bernard Show on Sirius radio. Jacque is also creator and editor in chief of, SingleandLivingFAB.com, a lifestyle website that encourages single women to live their best lives. In addition, Jacque makes frequent appearances as a guest on MSNBC, The Meredith Vieira Show and The Nightly Show with Larry Wilmore.

Reid began her career as a local news journalist and quickly moved to the national stage where she interviewed President’s Barack Obama and Bill Clinton.  She has also covered Republican and Democratic conventions, in addition to traveling to Darfur, South Africa and Mexico City to report on news events.  Jacque worked at CNN Headline News and eventually moved to New York City to become the primary anchor of the network’s news program BET Nightly News.

Reid is a member of the National Association of Black Journalists, the Christian Cultural Center church in Brooklyn, and the New York Alumnae chapter of Delta Sigma Theta Sorority, Inc. She has also served on various boards including Black Girls Rock and The Black and Missing Foundation.

An Atlanta native, Reid graduated from Clark Atlanta University with a BA in Print Journalism and later received her MA in Broadcast Journalism from Northwestern University.

Ben Aaron is currently a reporter for WNBC’s New York Live.  His first introduction into entertainment began at a young age when he hosted his own public access show from his basement. His passion for the various facets of show business continued to grow and he had his first on-air radio job by age 18. Aaron’s career in radio segued into a career as on-air reporter for programs all over the country from Tucson to Boston to Los Angeles and other cities. In 2009, Aaron joined WNBC and in addition to hosting New York Live, he is responsible for writing, editing and producing daily segments on lifestyle topics. His on-camera feature reporting work with WNBC has earned him 3 New York Emmy® Awards. Aaron has also served as a contributor for Extra, Meredith and the 4th hour of Today. Aaron holds a Bachelor of Arts degree in radio from Emerson College and resides in New York with his wife.