After finishing fourth in the medal table at back-to-back Winter Olympics, the United States will look to improve its standing when the 2022 Games get underway from February 4-20.

In this two-part series, we'll give you a look at some of Team USA's top athletes to watch out for this winter. Part 1 here covers the snow sports, and Part 2 features the ice and sliding sports. Other articles will also cover the top international athletes to know and much more.

Snow sports — particularly snowboarding, freestyle skiing and Alpine skiing — provided a huge source of medals for the U.S. in 2018, accounting for seven of the country's nine gold medals and 15 of its 23 medals overall. Many of the athletes below played a role in winning those medals, and all of them will be gunning for spots on the podium in 2022.

The biggest star in ski racing today is back for her third Winter Olympics at just 26 years old, looking to become the most decorated American Alpine skier in history. She has been the world’s most dominant female slalom skier since winning Olympic gold in the event as an 18-year-old in Sochi. After getting her 2021-22 season off to a flying start with her 70th career World Cup win in October, Shiffrin is primed to be a gold medal favorite in both slalom and giant slalom, as well as a contender for the podium in every other event she enters.

SEE MORE: Mikaela Shiffrin is all about the facts

Now 35 years old and chasing his fifth Olympic appearance, Shaun White has become the elder statesman of snowboard halfpipe. His prolific career, now into its third decade, shows no sign of slowing down though. White emerged from a three-year hiatus last March to finish fourth at a U.S. Grand Prix event in his first contest since the 2018 Winter Olympics. Known for huge amplitude and some of the biggest tricks in the field — he landed back-to-back double cork 1440s at the 2018 Games — his return to competition this season is sure to generate plenty of excitement leading into the Winter Olympics. Though he'll face strong competition from the likes of Yuto Totsuka, Ayumu Hirano and Scotty James, White has a chance to become the first snowboarder to win four Olympic gold medals. 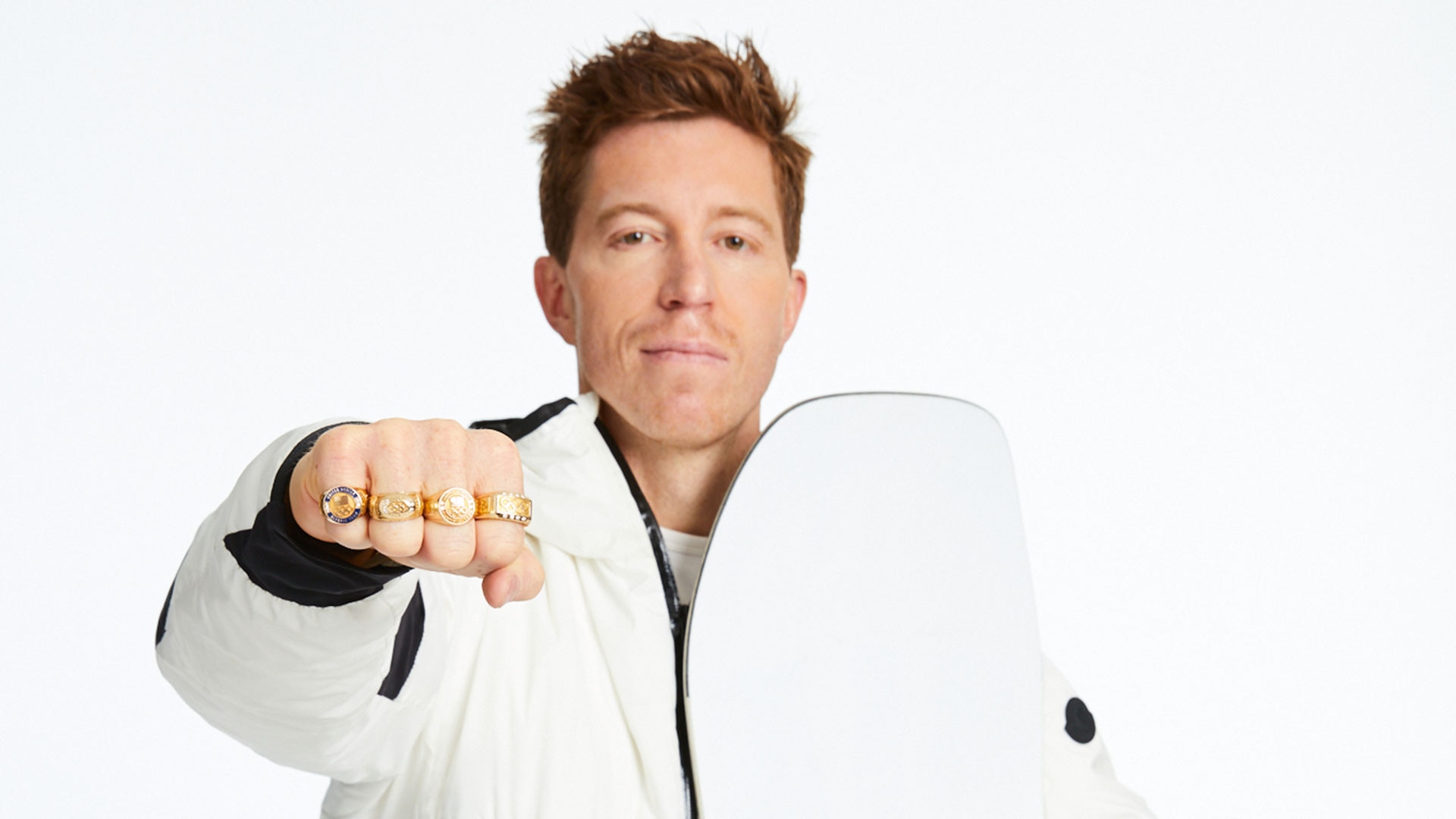 Still at the forefront of women's snowboarding, Chloe Kim has been progressing the sport since she was a teenager. She was 15 years old when she became the first woman to land back-to-back 1080s in a halfpipe contest, and at the age of 17, she cemented her superstar status by winning a gold medal in her long-awaited Olympic debut. Kim briefly stepped away from snowboard contests during this Olympic cycle — she attended Princeton University as a freshman while rehabbing a broken ankle and decompressing from the pressures of her sport — but returned to competition after a 22-month break and immediately resumed her winning ways. Now 21, Kim will be favored to win a second straight halfpipe gold.

Her epic finish in the women's team sprint was among PyeongChang 2018's top moments, together with since-retired Kikkan Randall delivering Team USA's first-ever Olympic cross-country gold. Already a four-time world medalist, Diggins conceivably could've skied off into the sunset having reached a pinnacle. She's done anything but, furthering her success while on the World Cup circuit by winning five races and making 22 podiums since those Games. The Saint Paul, Minnesota, native's greatest individual accomplishments to date came last season when she became the first American to win the multiple-stage Tour de Ski and just the second since XC icon Bill Koch to capture the overall World Cup crystal ball.

When it comes to the Olympics, the two-time defending champion has shown up when it's counted and executed. Most signs indicate another repeat is possible in 2022 so long as Wise can outperform his younger compatriots, including 2018 silver medalist Alex Ferreira. Wise, a father of two, broke his femur in April 2019 but has since recovered. Elsewhere, his record's alright: four X Games titles in 2012, 2013, 2014 and 2018, along with a silver in 2019; a single world title in six appearances; and seven World Cup and six Grand Prix wins on those respective circuits. The Reno, Nevada, native began skiing at age 3, claimed his first national title at 15 and turned pro three years later. Now 31, he's still trying to find his limit.

The 2018 Olympic silver medalist could challenge to dethrone compatriot David Wise for this winter's top spot in freeski halfpipe. Ferreira, 27, is a six-time X Games medalist; since PyeongChang, he won 2019 and 2020 X gold ahead of Wise before finishing off the podium in 2021. A native of Aspen, where he learned to ski at age 3, the 2017-18 World Cup season's overall winner may also have to battle another teammate, 2019 world champion Aaron Blunck, as well as 2021 X Games champion Nico Porteous of New Zealand. Known for sky-high amplitude, Ferreira brings energy and enthusiasm to his halfpipe runs, making him one of the most exciting skiers to watch. 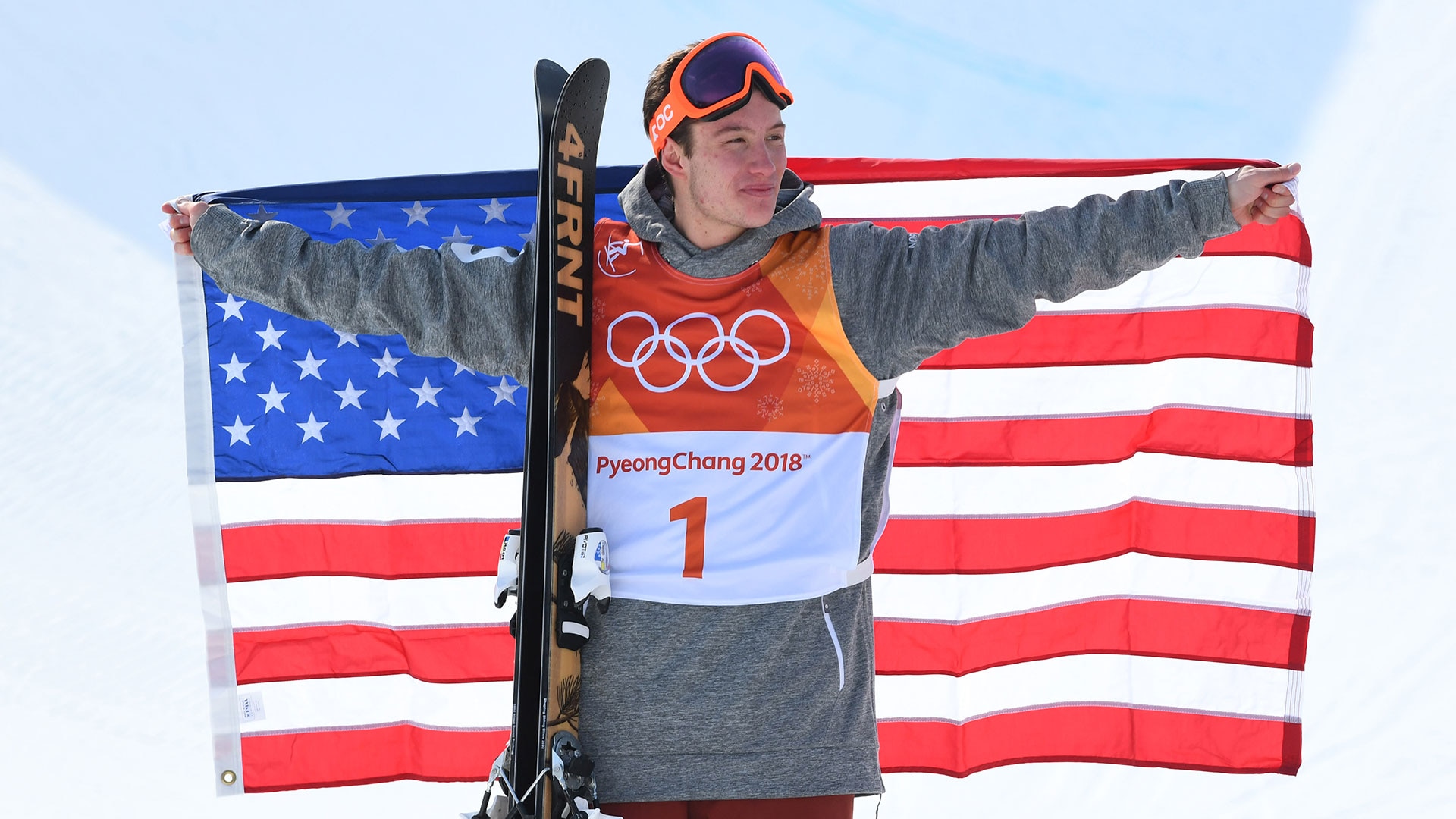 With 19 career medals, Jamie Anderson is the most decorated woman in the history of Winter X Games. And with back-to-back slopestyle wins plus a big air silver medal from PyeongChang 2018, she's quickly become the most decorated woman in Olympic snowboarding history too. The free-spirited 31-year-old from South Lake Tahoe has always been known for her consistency and technicality, and her progressive bag of tricks now includes several variations of double corks. Anderson is coming off a 2020-21 season in which she swept the slopestyle and big air events at X Games, and she'll have medal opportunities in both those disciplines at the 2022 Winter Olympics. If she can return to the podium in both events, she'd become the first snowboarder — male or female — to win five Olympic medals. 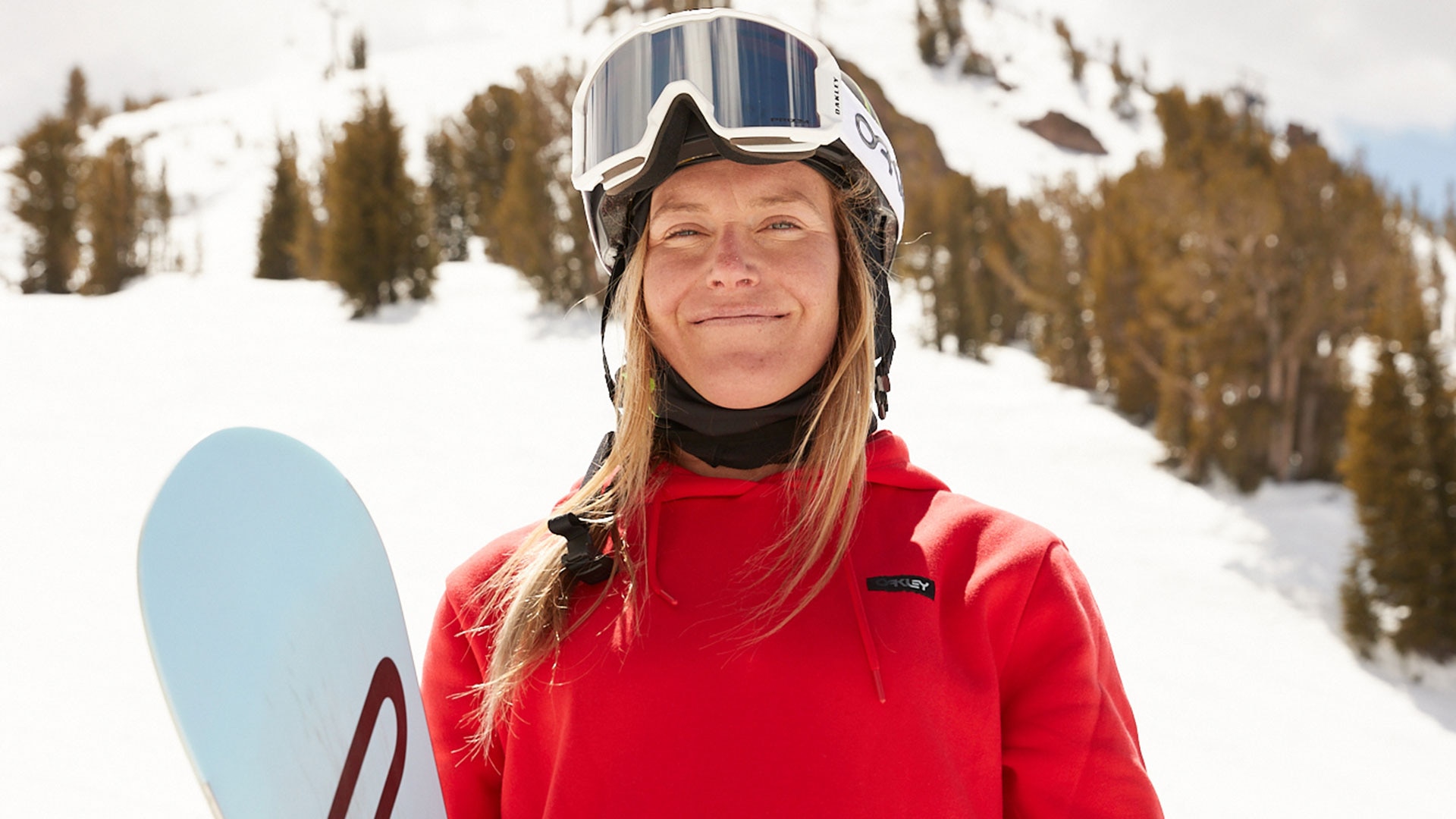 Jamie Anderson has a chance to make history at the 2022 Winter Games.
NBC Olympics

One of the surprise stars of the last Winter Olympics, Red Gerard's upset victory in snowboard slopestyle gave the U.S. its first gold medal of PyeongChang 2018 and turned the then-17-year-old into an overnight celebrity. Since then, he's been a consistent podium contender at contests — he won slopestyle titles at the Burton U.S. Open (2019) and Dew Tour (2020) and earned an X Games bronze medal (2020) — but has also spent time filming in the backcountry for projects like "Joy" and "One World" in an effort to strike a balance with his snowboarding career. (2014 Olympic slopestyle gold medalist Sage Kotsenburg, who left the contest scene to focus on filming, was one of Gerard's co-stars in "Joy.") Gerard, now 21, remains one of Team USA's strongest medal hopes in men's slopestyle. 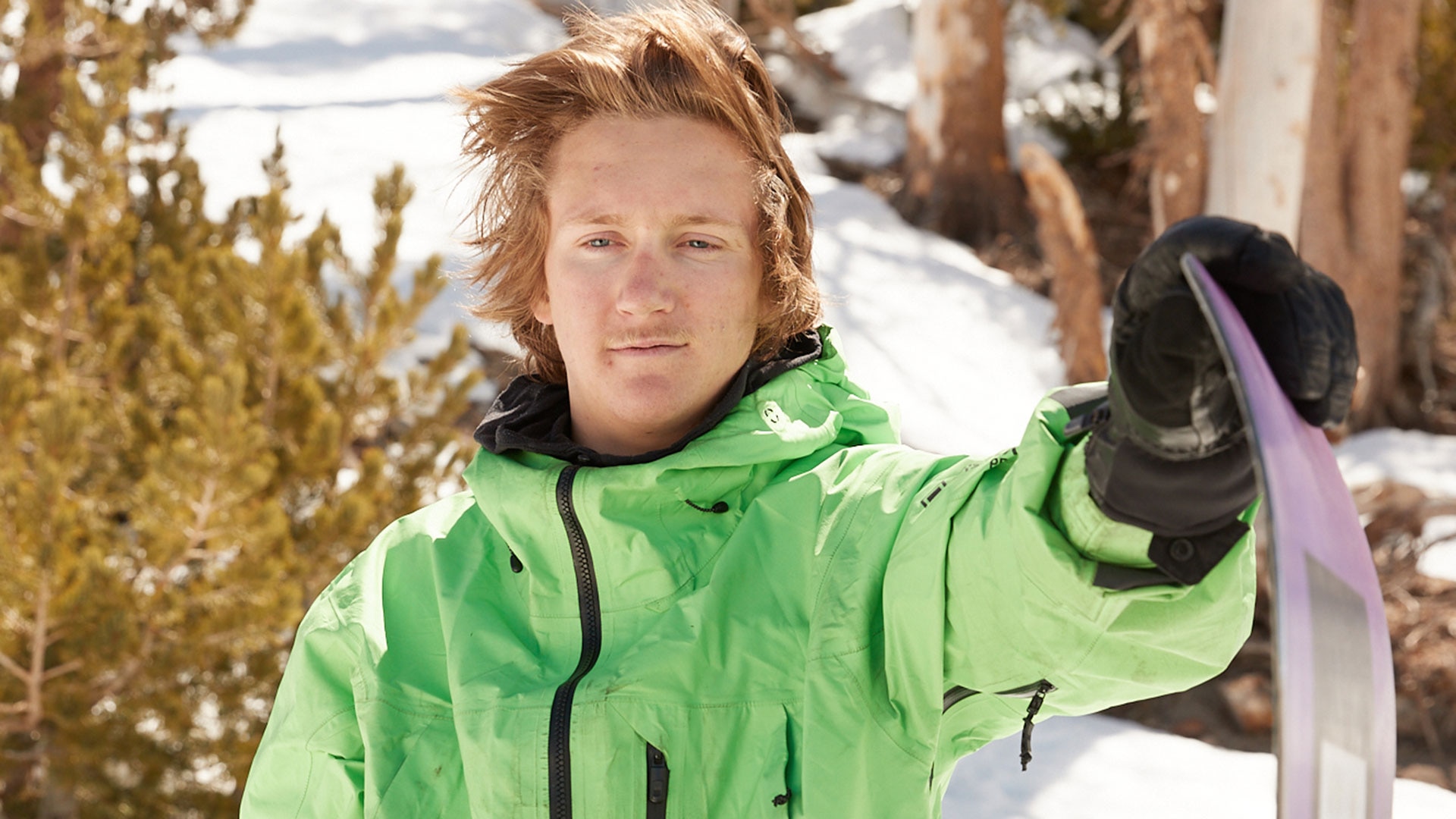 He's missing one Olympic medal color and if proper progression serves him right is in line to collect slopestyle gold in 2022. Goepper won Sochi bronze in a U.S. sweep of the 2014 podium, then was the event's lone American medalist at the 2018 PyeongChang Games, taking silver. Despite winning his first X Games medal nearly a decade ago and having to overcome a few obstacles, the 27-year-old Hoosier has continued to achieve and position himself as a contender in the lead-up, earning bronze at the 2019 World Championships and gold at the 2021 X Games. 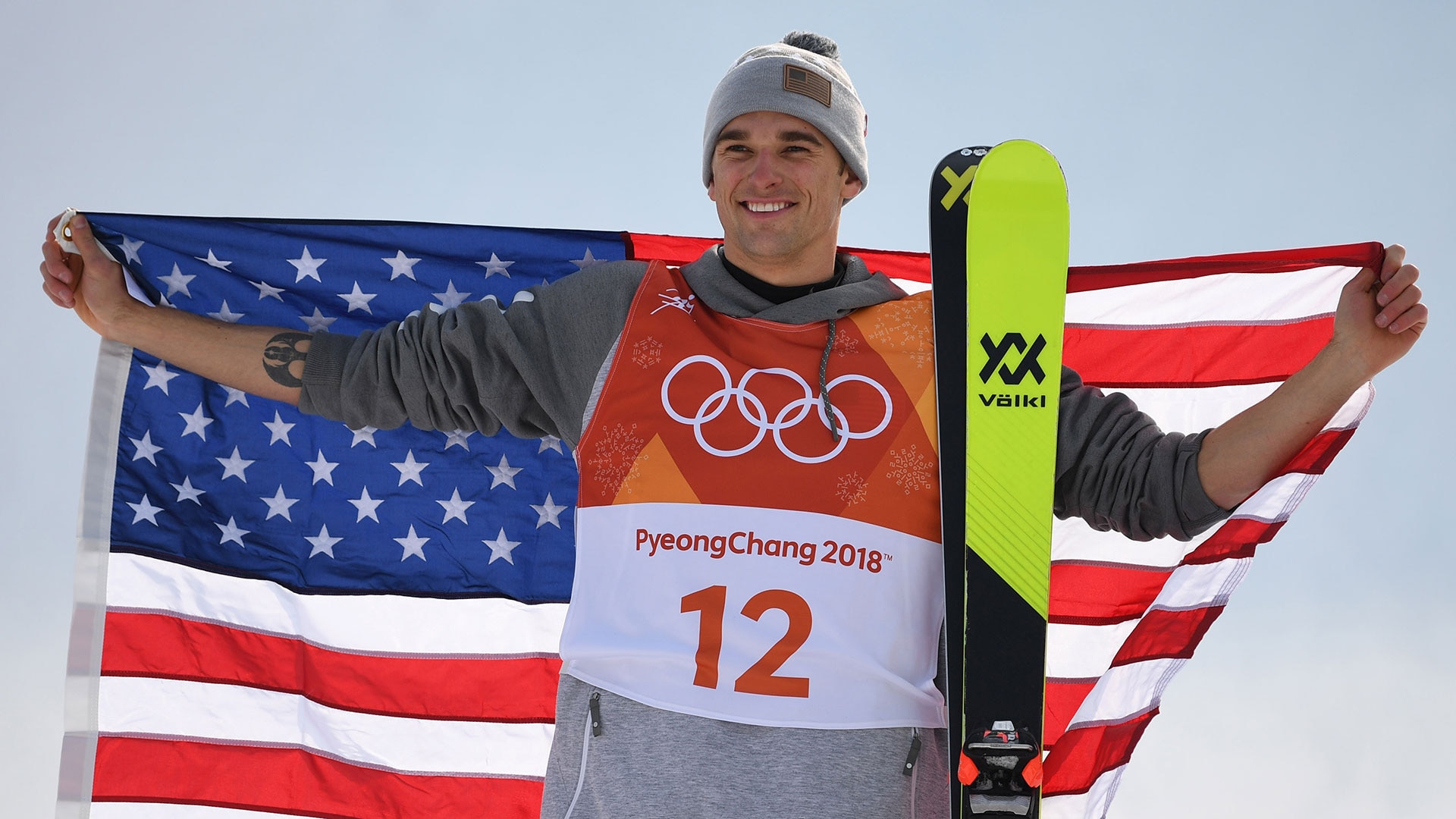 Indiana's Nick Goepper has been on the Olympic podium twice but is still looking for his first gold medal.
USA TODAY Sports

Vermont’s maple syrup-chugging speed specialist is arguably Team USA’s best chance at a medal in men’s Alpine skiing. In December 2021, he became the first American man to win a World Cup event in super-G in 14 years. The 29-year-old veteran has Olympic Alpine success in his blood; his mother, Barbara Ann Cochran, won slalom gold at the 1972 Winter Olympics and taught Ryan how to ski at their family-owned ski area in Richmond, Vermont. 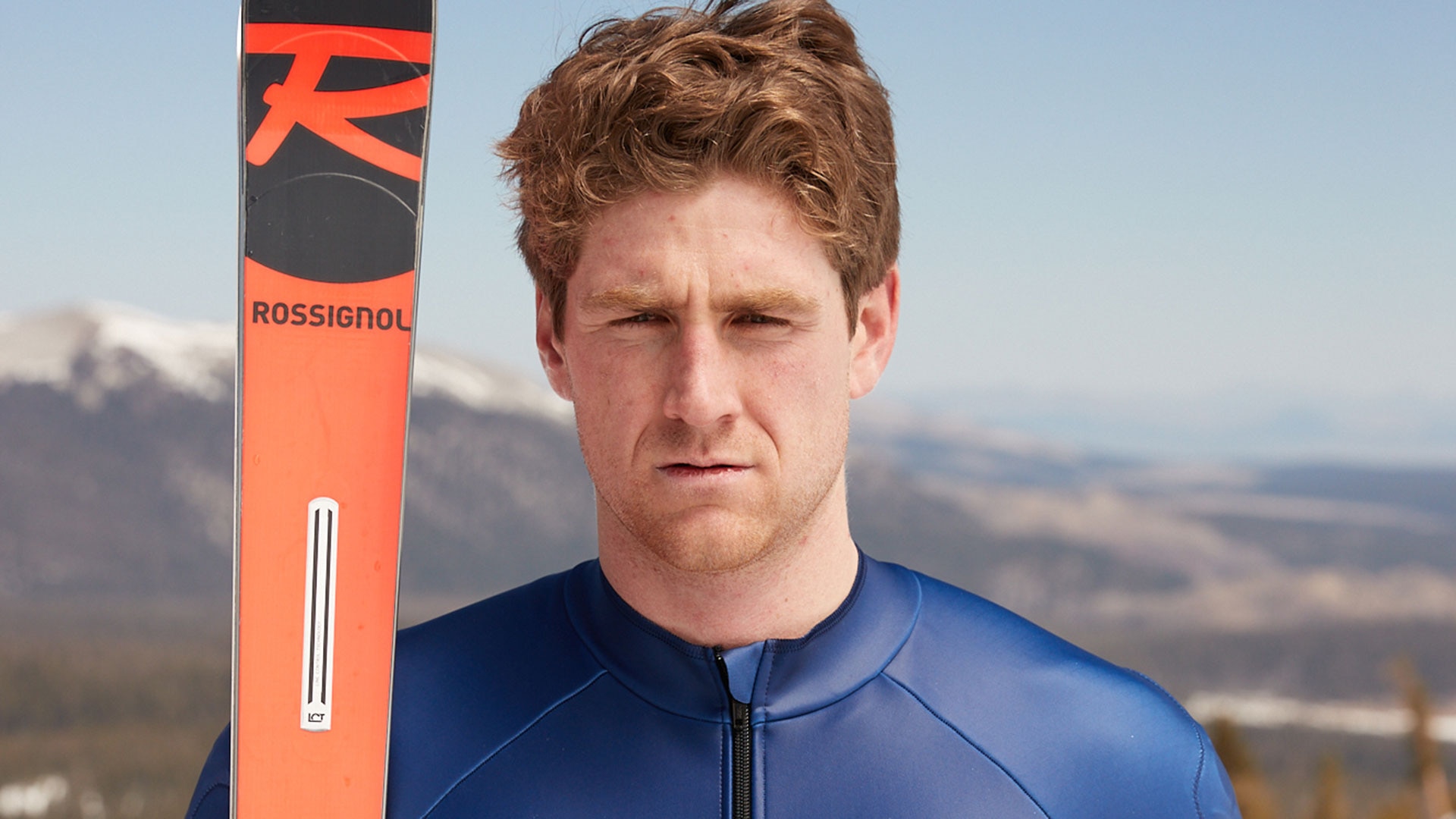 Ryan Cochran-Siegle's best finish among the four events he entered at PyeongChang 2018 was an 11th-place result in giant slalom.
NBC Olympics

The five-time world and 10-time X Games individual champion is the most dominant women's boardercross racer in history, yet still in search of Olympic gold some 16 years after making her Games debut in Torino, where an infamous method grab near the finish shockingly cost her the crown. Since then Jacobellis's 2006 silver marks her only podium finish in four Olympic appearances – she placed fifth in Vancouver, seventh in Sochi and fourth in PyeongChang. Can the 36-year-old find another gear to claim the elusive achievement, against what could be the most competitive field she's ever faced? She may get two chances; if not individually, the new mixed team event offers an additional opportunity. 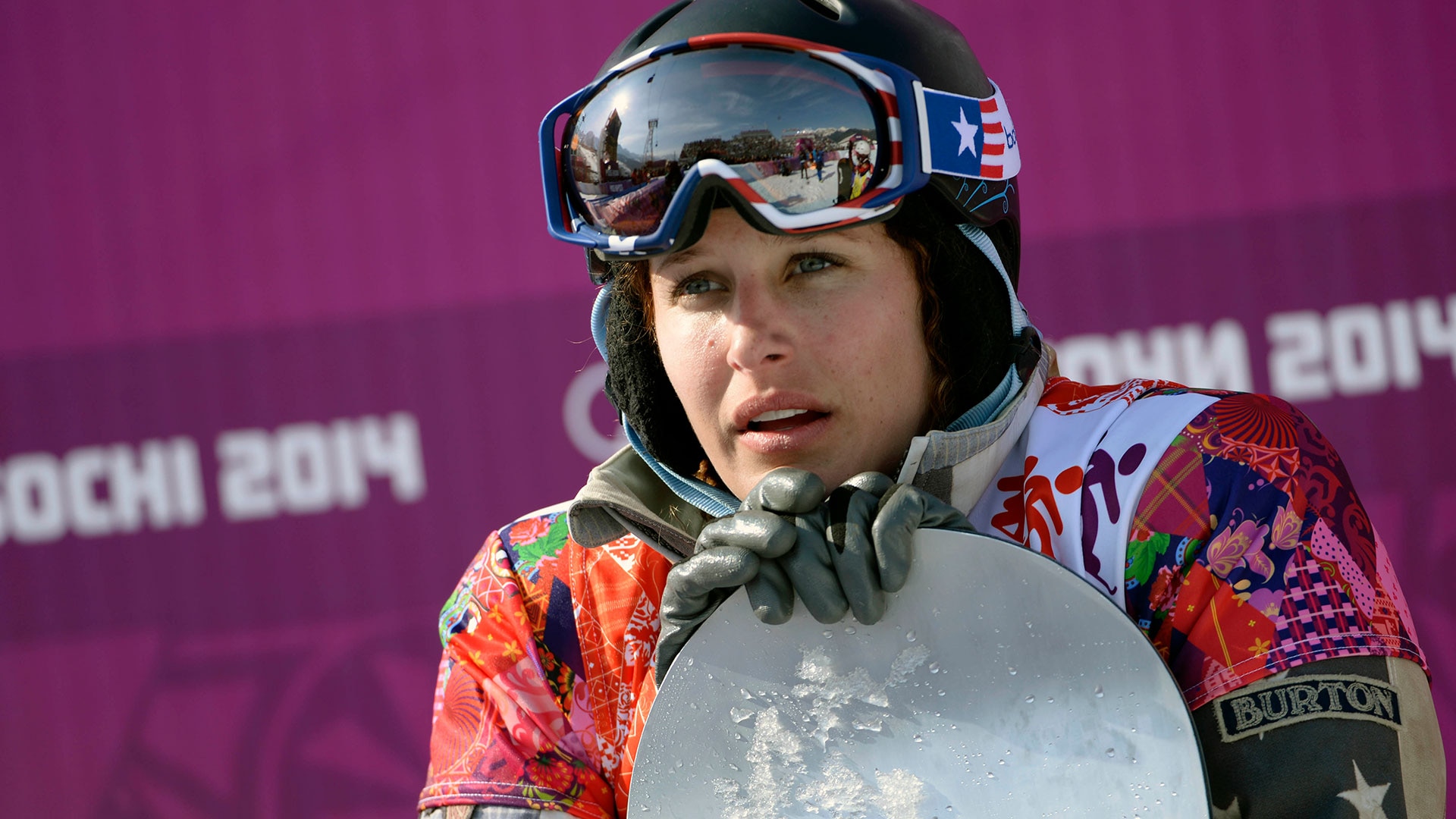 An Olympic gold medal is one of the few things missing from Lindsey Jacobellis's historic list of accomplishments in snowboard cross.
USA TODAY Sports

Even if she was second best in the world last season with three World Cup podiums, Winter Vinecki is far from just an aerials skier. She's one of the most interesting hopefuls vying for a spot on the U.S. Olympic team. The soon-to-be 23-year-old ran her first 5-kilometer, 10-kilometer and 10-mile races at the respective ages of 5, 8 and 10; formed nonprofit Team Winter at age 9 to raise money for prostate cancer research and honor her late father, competing in an Olympic distance triathlon the same year; and before turning 15 became the youngest person to finish a marathon on seven continents, running with mother Dawn in Eugene, Oregon, then Kenya, Antarctica, Peru, Mongolia, New Zealand and Greece. Winter Vinecki could become the first athlete with the first name "Winter" to compete at the Winter Olympics.
USA TODAY Sports

A two-time world medalist in dual moguls, her skillset and results since PyeongChang likely give Team USA its best chance of taking home Olympic moguls hardware since the peak era of Hannah Kearney, winner of 2010 gold and 2014 bronze. Kauf entered her debut Games in 2018 as the No. 1-ranked women's moguls skier but took seventh. In addition to her 2017 and 2019 world medals, the 25-year-old Wyomingite has seven wins and 18 podiums on the World Cup circuit, finishing the last four seasons in the top five overall.